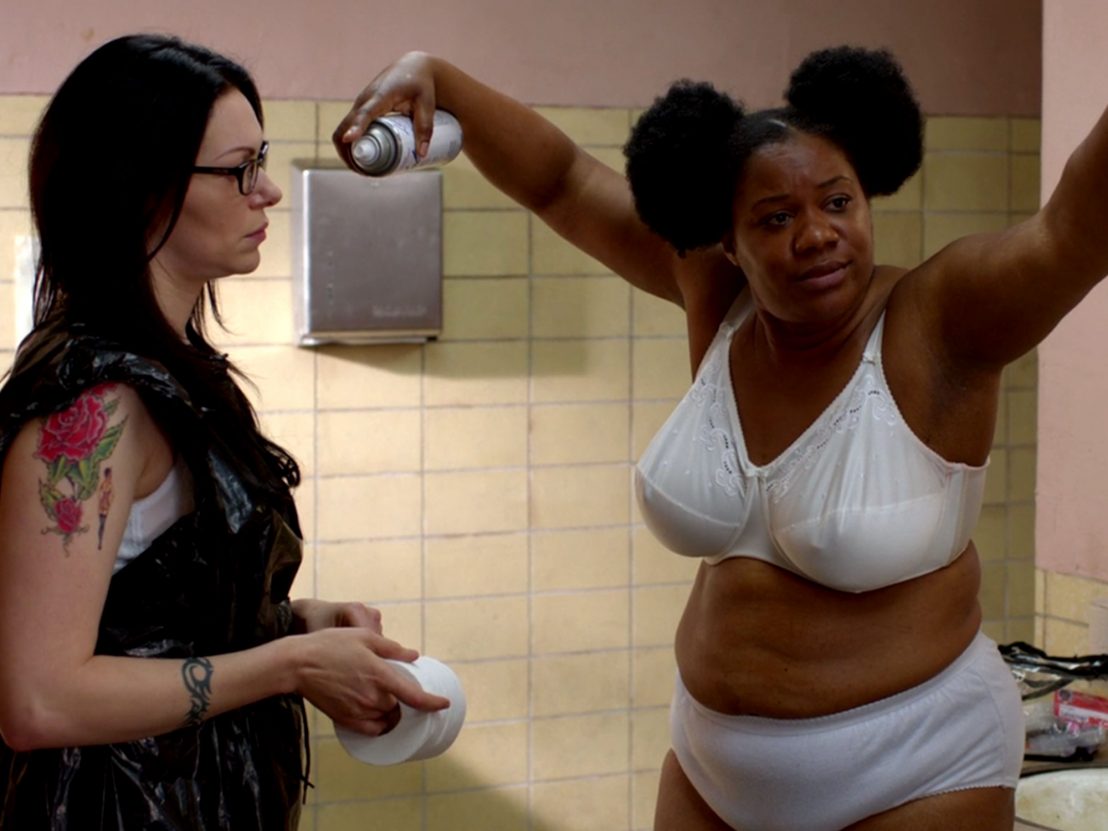 In comedy it is not uncommon for female performers to persistently make themselves the butt of their own jokes. This is of course true for many men as well – Louis CK has shared plenty of anecdotes about his sagging testicles and various other undesirable physical attributes and, in so doing, levels with an audience that may relate to feelings of insecurity and inadequacy. But there a lot of female comedians whose entire careers are built on self-deprecation, often downplaying their own femininity and intelligence in order to appeal to both sides of the gender spectrum.

For all those women watching, this creates a sense of unity and false self-esteem, while desexualising the on-stage character for the male audience through crass imagery and perceived overshares. Amy Schumer, Jo Brand, Jenny Zigrino and Miranda Hart are all incredibly funny women who could make a joke out of anything, and yet, they choose to focus the majority of their sets on making fun of their own body, awkward sexuality, often degrading themselves in the process. With the first rule in the writer’s handbook being ‘write what you know’, it is hardly fair to criticise this approach: this is their experience and they should certainly share it. It is obvious that women the world over relate to their big-boobed dilemmas or being “a lean, sporty woman trapped in a fat body.”

Yet unlike the women on the stand-up comedy circuit, television and film actresses do not have any say over their scripted characters. The roles available for plus-sized actresses are limited at best and, regrettably, many of the characters on offer are defined by their weight and little else. While this is down to the fact that female lead characters are often intended to appeal to male audiences, even TV and film genres aimed at primarily at women are quick to make a plus-sized female character’s physical and emotional challenges the main storyline. 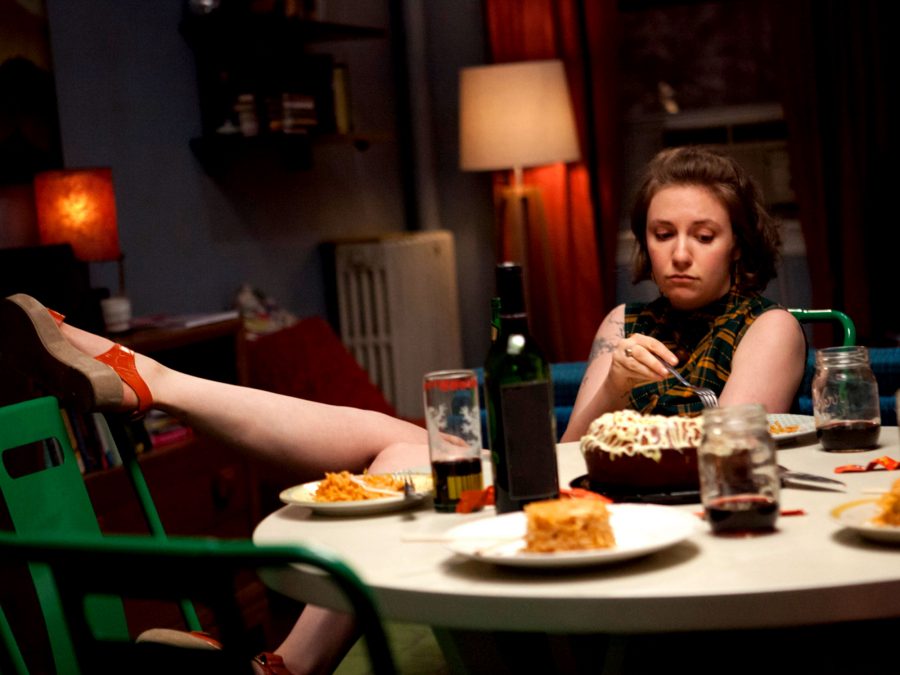 Either that, or they are forced into other clichéd roles such as the DUFF (Designated Ugly Fat Friend), or the desperate lonely girl who spends her night crying into a bowl of chocolate pudding and dissolves into a puddle of sweat at the mere sight of a treadmill. There has always been this curious, strong need to address and apologise for a woman’s body type, especially if it does not fit in with conventional beauty standards.

What’s worse is what actually constitutes a plus-size in Hollywood these days: in MTV’s high-school series Awkward, the notorious, self-proclaimed bitch Sadie Saxton (Molly Tarlov) is depicted as being overweight when she is far from it – a downright dangerous sentiment given the show’s target audience. Oddly enough, overweight men don’t seem to face the same degree of challenges in the industry and their body type is rarely mentioned but instead wordlessly conveyed as alpha male attributes (think James Gandolfini’s Tony Soprano).

In the last five years, there has been a steady rise in shows that have come to embrace body diversity on TV. Lena Dunham’s Girls is refreshingly unapologetic when it comes to portraying different body types in various stages of undress and, while Dunham’s character, Hannah Horvath, has received criticism from male viewers, the female audience apparently cannot applaud her authenticity enough. 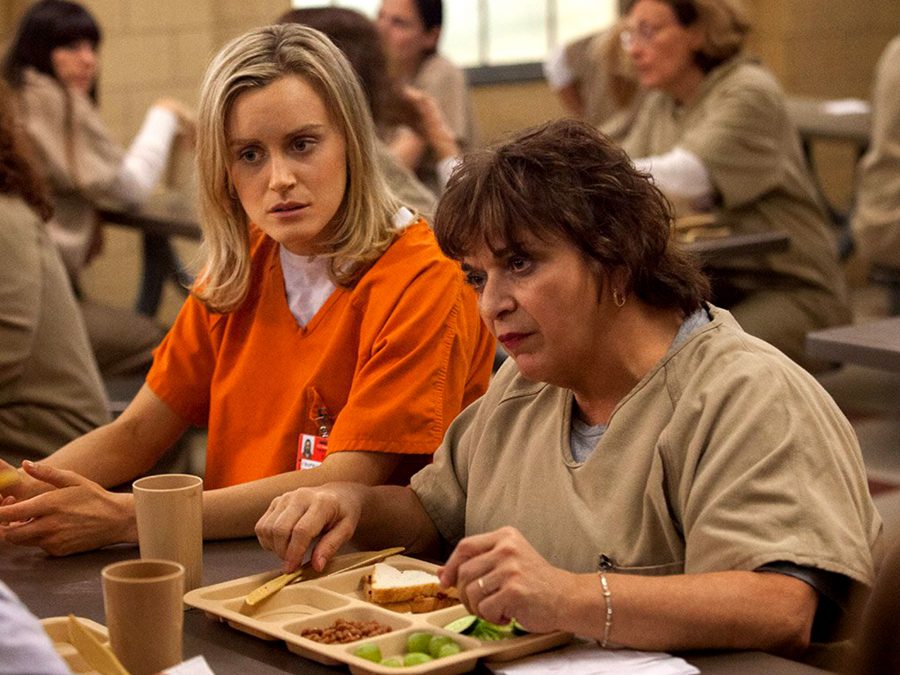 This natural approach to unedited nudity is further explored in Netflix’s Orange is the New Black. Not only does the show pride itself with a racially diverse cast, it also introduces a whole cast of female characters of varying body types, none of which are scrutinised as a means to become an actual part of the story. Big Boo (Lea DeLaria), Black Cindy (Adrienne C Moore) and Tasty (Danielle Brookes) don’t fit the size-zero trend and yet, they make for some of the most intriguing, well-rounded and complex characters on the show without ever having to excuse their voluptuousness.

The same is true for Crazy Ex-Girlfriend’s lead character Rebecca Bunch (Rachel Bloom) and her best friend Paula (Donna-Lynne Chaplin). Sure they may voice the “patriarchal bullshit” and its ability to objectify women through funny songs, but other than that, their looks and curves never form part of the show’s dialogue. And why should they? These are women are comfortable in their own skin and have too much other shit going on to worry about putting on a few extra pounds, so why turn them into something they’re not in order to satisfy an audience that is presumed to take offence at the notion of natural femininity?

Fuck ’em if they need the fat joke. We may be headed in the right direction with shows like Orange is the New Black and Girls, but there’s still a long way to go until perfectly imperfect female characters on TV will become a norm. As Chimamanda Ngozi Adichie observes in her essay ‘We Should All be Feminists’: “Culture does not make people. People make culture. If it is true that the full humanity of women is not our culture, then we can and must make it our culture.” Perhaps film and TV culture is a good place to start in setting an example.