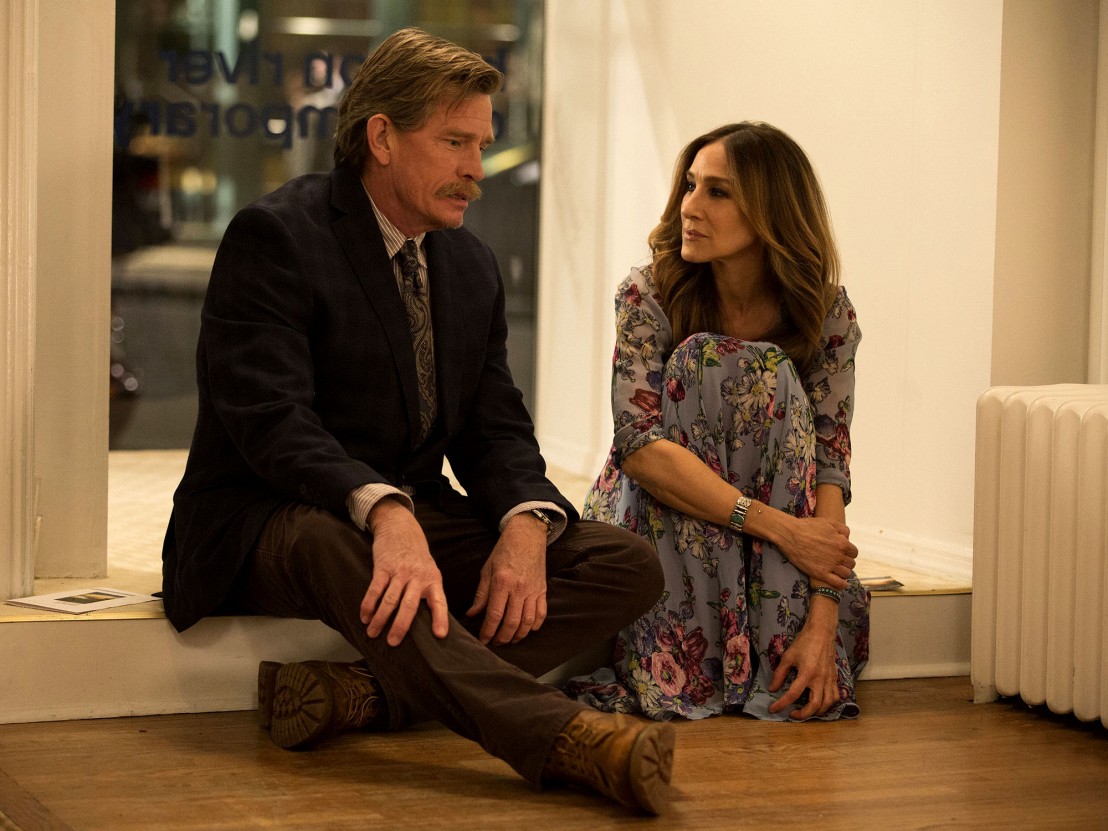 The pilot episode of HBO’s Divorce opens to Frances (Sarah Jessica Parker) standing in front of the mirror, doing what many women of a certain age do: criticising her ageing process, wondering whatever happened to her smooth skin and perky boobs. It’s a personal ritual, one she doesn’t really want an audience for. When her husband Robert (Thomas Haden Church) enters to complain about equal bathroom-time rights her response is detached, unsympathetic and monosyllabic.

Even after he suggests her prolonged-bathroom rituals forced him to take a shit in a coffee can. He’s not loud about his annoyance but he’s not using his coffee can story to lighten the mood either. His mere presence seems to suffocate her and the minute he exits the bathroom her first deep breath comes in the form of a big, fat middle-finger pointed at his back. And it’s not a lazy finger either – it’s fully erect and straining as though it’s trying to shoot daggers of hate at his back. There honestly couldn’t have been a better intro for a show titled Divorce.

The show’s creator Sharon Horgan has never been particularly interested in writing about your average girl next door. Smooth running relationships in which everything is forever hunky-dory and marital “arguments” consisting of passive aggressive dabs through clenched, smiling teeth don’t inspire her much either. There are enough couples like that on TV, and she sees no point in adding yet another to this tribe of superficial relationships and Hallmark-style dialogue.

There has been a strong craving – especially from the female audience – for series depicting relatable characters with warts and all. There is no such thing as a perfect, human specimen but, up until now, that’s what the TV industry – and Hollywood especially – wanted us to believe and even strive for. In a recent interview with the Daily Beast, Horgan said: “None of us live the Hollywood portrayal of a relationship. We’re all in the trenches just battling.” And Horgan is on a mission to let the world in on the truth.

There’s nothing pretty about realising your marriage has grown stagnant, so why sugar-coat it? Following the brilliant bathroom scene, Frances and Robert are next seen in the car en route to a friend’s birthday bash. Robert is happily humming along to a tune on the radio, even throwing in a few questionable moves as he does so. It’s a perfectly innocent situation; he’s not trying to tantalise his wife but he does so anyway. Her face looks fit to explode as she tries to ignore his little moment, but she bites her tongue and simply turns off the radio instead. It may seem like a small thing. It’s no cause for immediate alarm and yet, at the same time, it’s everything that is wrong with their relationship. 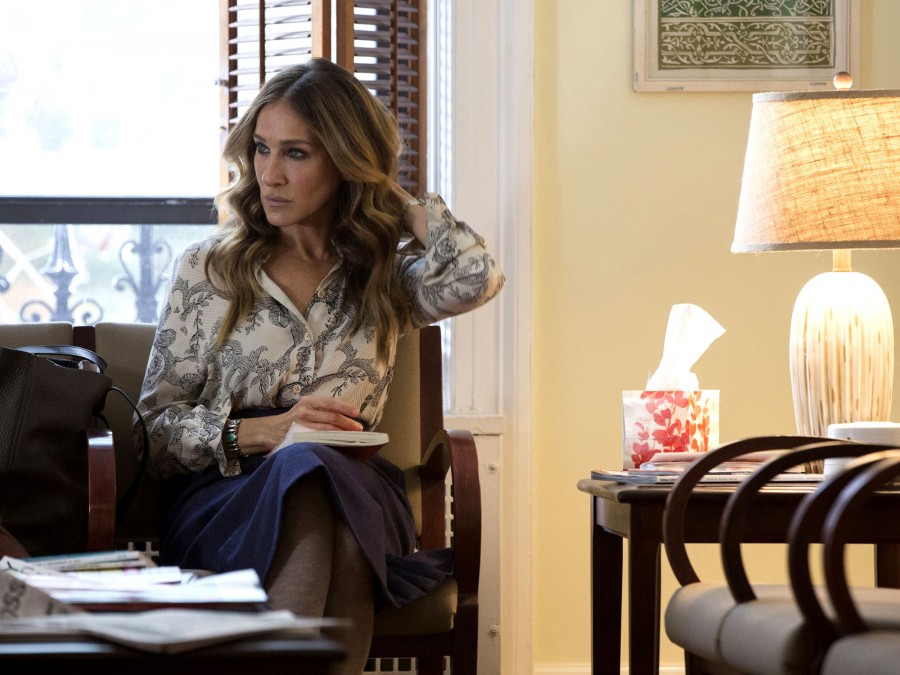 In the past, these were probably the kinds of moments they both cherished: those precious times alone without the kids, a good groove on the radio and a little giggle over one another’s goofiness. But, over the years, their respective quirks have turned into nuisances and Frances is having a hard time remembering what she once loved about them. Once you’ve gotten to know the ins and outs of a person you live with on a daily basis, what else is left? Discussing each other’s bowel movements or the irritating chirping sound of the alarm will hardly keep the romance going.

What Sharon highlights perfectly in Divorce is the fact that this kind of stagnancy does not happen overnight. “How do you go from eight years of a happy marriage to wanting to blow someone’s head off?” It’s a quiet, lonely progress that starts out with dissatisfaction and disregard before slowly morphing into a frustrated beast of a whole other calibre. It’s a numbing sensation, comparable to the final stages of a mourning period, only in the case of a nasty divorce the grief is usually directed at one’s former self, not the nostalgic memories of the formerly attentive significant other.

Frances seems to have been unable to move on from this very stage for a long time and she has all the right excuses as to why she never took the step needed to better her situation: the kids, her age, the love she once felt for Robert and, most importantly to her, the fear of not being able to find anyone better – her secret affair with granola-enthusiast Julian (Jemaine Clement) pretty much proves this to be true. Her timing for breaking the silence and admitting to her wanting a divorce couldn’t have been worse. And yet, it couldn’t have been more honest. Many a wife may have fantasised about doing unspeakably aggressive things to their husbands now and then, but when Frances witnesses her friend Diane (Molly Shannon) almost turn her own dreams of bloodshed into a reality, something inside Frances snaps and she realises: “I want to save my life while I still care about it.”

Moving towards its third episode now the show continues to examine how the decline of a once loving relationship can turn a couple on the verge of a divorce into self-pitying, narcissistic monsters driven by their bruised egos. As is true for many situations as such, it looks as though Frances and Robert’s kids will become pawns in an ugly game designed to keep their fragile self-esteem intact and it will be interesting to see which of the two will have the sense to be the bigger person.