The director reflects on the making and lasting cultural impact of his 2005 dystopian thriller. 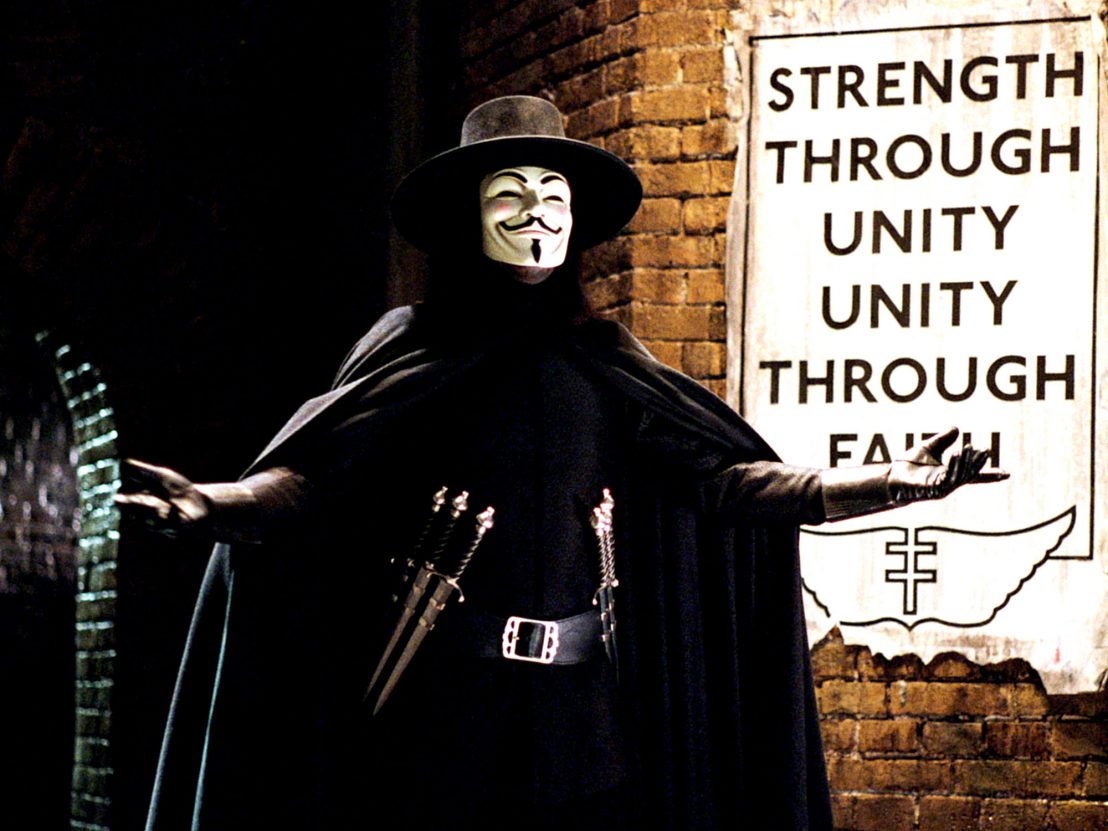 Released 15 years ago, James McTeigue’s V for Vendetta plunged audiences into a dystopian vision of a bleak near future. With a viral pandemic sweeping the nation, a fascist government brutally keeping society in tow and civil unrest lurking around every corner, it relied on a masked vigilante known only as V (Hugo Weaving) and his young apprentice Evey (Natalie Portman) to defeat the regime’s High Chancellor Sutler (John Hurt), reclaim order and reinstate freedom through chaos and anarchy.

Based on the 1982 graphic novel by Alan Moore and David Lloyd, V for Vendetta is a cautionary tale inspired by troubling real-world issues – and as we creep closer to the time in which the story is set, it feels eerily prophetic. “If we had put some of the things that have happened in the 15 years since the film came out into our script now, no one would’ve believed it,” says McTeigue, speaking in early 2021. “Of course there wouldn’t be a virus that cripples the world, of course there wouldn’t be a psychopath in the White House who encourages his followers to start a raid on the Capitol Building and of course Boris Johnson could not possibly be the Prime Minister. Some of the topics we were trying to discuss have either come true or gone much further than we ever thought they would go.”

Sadly, the themes of the film are all-too pertinent to events of recent weeks. “We were projecting forward,” McTeigue adds. “Just as Alan Moore and David Lloyd wrote their original graphic novel as a response to Thatcherism, we were taking on the Bush regime and trying to make a comment on that. What we were really doing with the film was saying that a lot of politics is cyclical; you always go through times where you have tin-pot dictators for totalitarian or reactionary governments. We were holding a magnifying glass to that.”

McTeigue’s political streak can be traced back to his childhood in Sydney, where he first became exposed to underground culture. “A large part of my growing up was buying the NME or Melody Maker and they steered you in the direction of counter-culture,” says the now 53-year-old filmmaker. However, it wasn’t until he was much older that the chance to adapt an anti-establishment classic became a reality. “We were getting towards the end of the second and third Matrix films that I’d worked on as first assistant director, and Lana and Lilly Wachowski started talking about doing something together again, with me directing. They had a three-film writing deal at Warner Brothers and one of the scripts they had a shot at was V For Vendetta. I don’t think Warners knew what it was, to tell you the truth. I think they thought if we made any film at that point, it’d make money.” 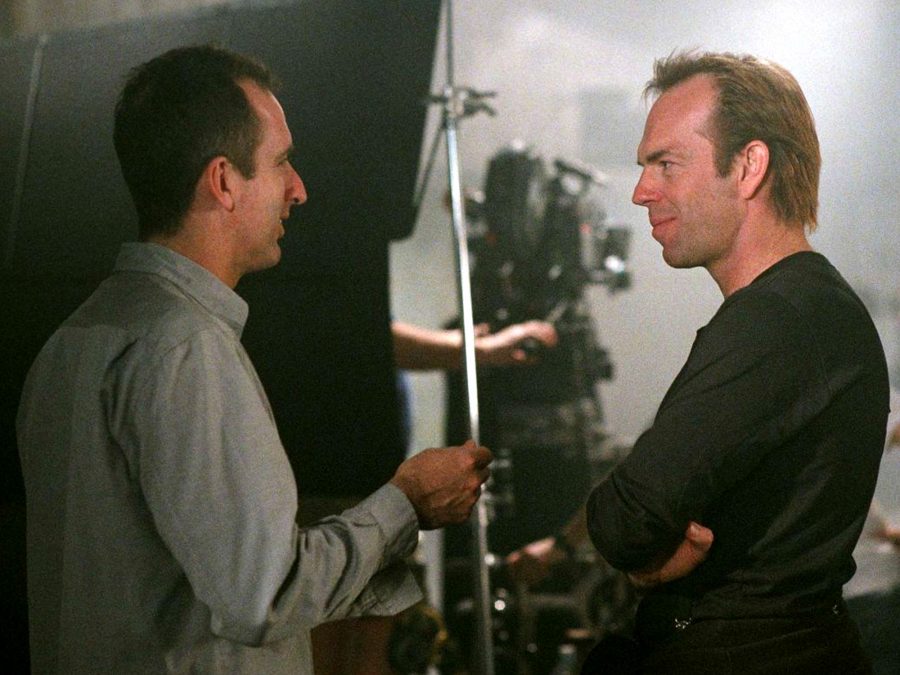 With the project green-lit and the Wachowskis on scriptwriting and producing duties, McTeigue began developing his debut feature. “We decided to do a rewrite because the original script was very unwieldy and slavish to the graphic novel,” he recalls. “The graphic novel itself is quite long and complex, with lots of A, B, C, D, E and F plots, so we tried to harness that into a coherent film.” It was a tricky process that was aided by a lack of studio notes: “They let us do whatever we wanted. I had no editorial input from the studio at all. In fact, I went to a meeting where they asked me about one particular plot in the movie – the Valerie plot. I said I wasn’t going to change it and they just said, ‘Oh, okay’. That hasn’t been my experience since, I have to say.”

When it came to casting, McTeigue wanted a leading man who could pull off wearing V’s grinning yet inanimate mask and still pack an emotional punch. However, after initially casting James Purefoy as the Guy Fawkes-inspired anti-hero, the director was forced into a shuffle. “What happened with James is unfortunate because he’s gone on to do many varied roles,” McTeigue explains, “but the thing he didn’t realise at the time was his main instrument – his face – was being taken away. We came to this mutual conclusion that it wasn’t really working. I rang up Hugo Weaving, who I’d worked with on The Matrix and said, ‘What do you think?’ He was like, ‘Part of my acting training was mask work, so I’m looking forward to doing the mask.’”

It was a last-minute gamble that paid off. “I remember the very first thing Hugo did was the scene where Evey has been in prison for a long time and receives a letter from Valerie. She comes out and V is waiting for her and she realises he is the person that’s imprisoned her. It’s a big emotional scene. On his very first take, I just thought, ‘Oh my god, he’s saved me. This is going to be amazing’. And he was. We couldn’t really mic the mask properly so we had to loop a lot of Hugo’s dialogue later and he gave a complete other performance all over again. He loved it. 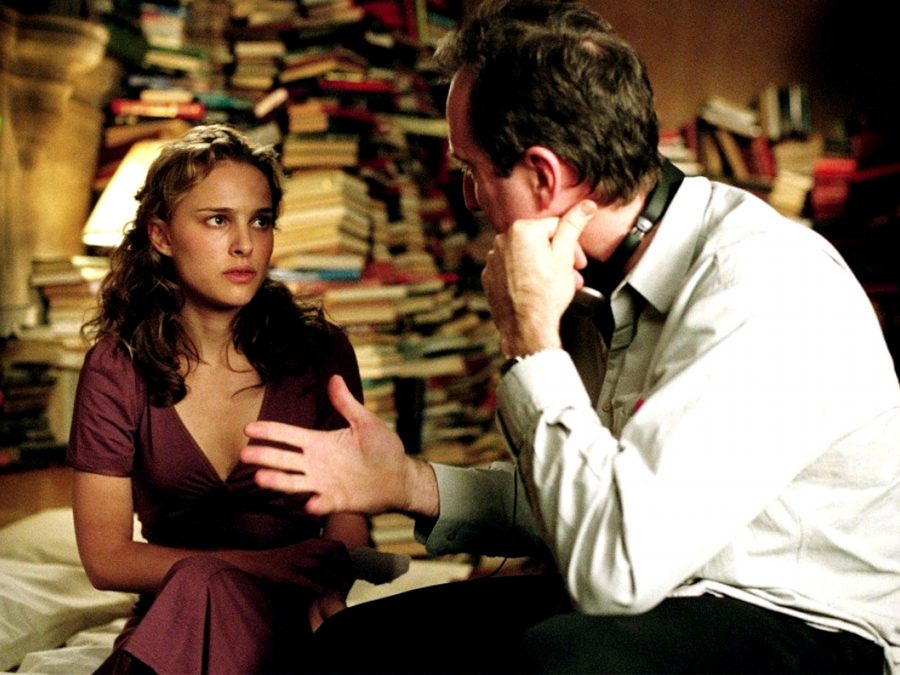 Portman also brought her A-game, as McTeigue attests. “I always thought Natalie would be great, but I tested a couple of other actors for it; one was Scarlett Johansson and another was Bryce Dallas Howard. Natalie came in and owned it. She intrinsically understood what the character was and always had questions about Evey. She knew the graphic novel inside out and brought this presence that’s undeniable.”

Despite having two strong leads at his disposal, making the jump from first AD to director was no small feat. “Foolishly and naively I thought it was just the natural progression because I’d worked on some big complex movies, but it’s a whole other experience,” McTeigue admits. “I really loved the material and creatively it was everything I was interested in, but I got to the end of the first week and I was like, ‘Whoa.’ It felt like I’d been hit by a truck. It was a complex movie.”

To help create his stark vision of the future, McTeigue enlisted the help of cinematographer Adrian Biddle, whose work on classics like Alien, Aliens and Willow came in very handy. “He was from the Ridley Scott school of DP-ing,” says McTeigue. “I had a very definite sense of what I wanted aesthetically. You just told Adrian what you wanted and he’d execute it.”

Released in 2006, V for Vendetta was an instant hit with audiences and critics. Over time, however, the film has come to symbolise something more than just a cult movie. With political activist groups like Anonymous adopting V’s chilling mask, life has started imitating art. “Its legacy has come to mean something different now,” McTeigue reflects. “I’m glad there’s a lot of people who understood the message of the movie in the way that it had its part in Arab Spring, Occupy Wall Street of the Hong Kong protests. The notion that ‘I are we’ is strong – and we can’t control everything.”

He continues, “It gets misappropriated, too. I saw a bunch of the V masks around the stupidity that happened at the Capitol Building in Washington DC, but once you put a piece of art out into the world, it’s no longer yours. You can’t control whether it’s championed by the left, right or middle. People find meaning in the way they want to. V is one of those films and I’m happy for that.” 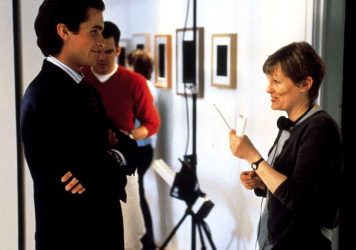 The director reflects on the creation of one of cinema’s enduring monsters, Patrick Bateman. 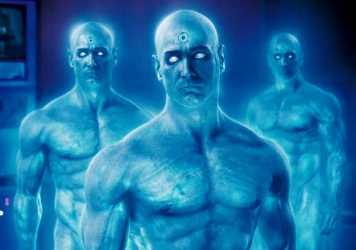