The 2013 indie drama Short Term 12 launched Brie Larson’s acting career – in the relatively short space of time since then she’s won an Academy award (for Room) and committed to a wide variety of genre-spanning projects. Now she’s teaming up once again with her Short Term 12 director, Destin Daniel Cretton, for what promises to be a heartfelt family drama.

The Glass Castle is based on journalist Jeanette Walls’ best-selling memoir of the same name from 2005. It tells of the author’s unconventional upbringing at the hands of her parents, alcoholic Rex (Woody Harrelson) and artist Rose Mary (Naomi Watts).

The film looks to be split between two time periods – one focusing on Walls’ adolescent life on the road, and one in which she has moved to New York, leaving her free-spirited parents behind.

Walls spoke to People about the film’s cast and approach: “They did a spectacular job bringing to life a complicated story, there’s so many nuances. I wanted Brie Larson to play this role even before I knew who she was. She understands how to be strong and vulnerable at the same time, how you can fight and be scared at the same time.”

The film also stars Max Greenfield, Ian Armitage, and Sarah Snook and opens in theatres on 11 August. Check out the beautiful first trailer above and let us know your thoughts @LWLies

The Free Fire actor will play suffragette Victoria Woodhull who ran for office in 1872. 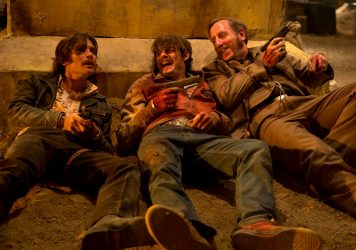