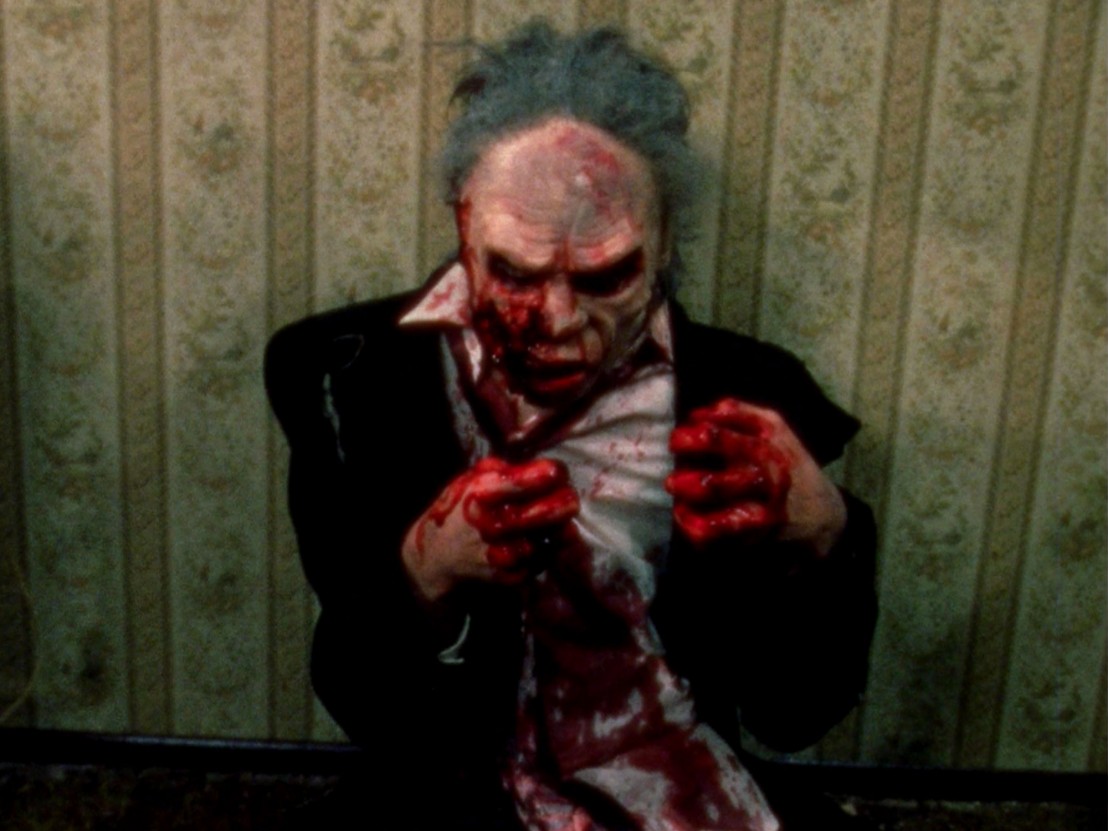 Horror may have hit the doldrums in the early ’90s, but its resurrection came in the postmodern movement spearheaded by Wes Craven’s New Nightmare in 1994 and Scream in 1996, and then run into the ground by a whole series of other bandwagon-jumping films with their rapidly diminishing returns. Yet going all the way back at least to James Whale’s archly self-referential sequel Bride of Frankenstein, horror has long been chasing its own tropical tail. Take 1989’s The Dead Next Door, writer/director/producer/actor JR Bookwalter’s feature debut which is no less a labour of love than it is in love with its own generic antecedents.

The first public manifestation of a zombie outbreak is in, oh yes, a video store in a Akron, Ohio, as the shuffling, putrescent man who suddenly attacks the counter salesman is first seen selecting rental copies of Dawn of the Dead and The Evil Dead, as though looking for ideas. A few years later, as one member of the ‘Zombie Squad’, a police force tasked to search for survivors and keep order, returns to HQ, a video-watching colleague greets him with these words: “Hey Raimi, you’ve got to come watch this flick, man – it’ll help your zombie killing.” The video is (once again) The Evil Dead, the 1981 genre game-changer written and directed by Sam Raimi. Not only does the protagonist of Bookwalter’s film share his surname with Raimi, but his dialogue has all been redubbed by an uncredited Bruce Campbell, who played the hero of The Evil Dead.

The line of influence here is clear: following Raimi’s example, Bookwalter stretches a very low budget (around $125,000, shooting on Super 8) to include as much grotesque gory fun as possible into a feature frame, and fully embraces the inherent silliness of his material. Due homage is paid to other heroes of genre, from either side of the camera, in homonymous characters like Commander Carpenter, Jason, Savini, King and Romero, whose very names serve as a directory of horror muses.

As in The Evil Dead or 1985’s Return of the Living Dead, Bookwalter’s undead creatures are hard to kill, with even dismemberments and decapitations serving merely to impede their progress rather than to stop them dead in their tracks. As in 1985’s Day of the Dead, there have been attempts to manage and domesticate the zombies, even resulting in a Bub-like medical experiment named Vox who, with the help of an electronic voice-box plugged into his opened throat, verbalises his hunger and still sings the Star Spangled Banner. Perhaps, though, Bookwalter’s most satirical innovation is also his most reflexive.

For here a ragtag collection of liberal social justice warriors and religious zealots fight for the rights of zombies, whether to go on walking, or to usher in a divine-sent apocalypse. “That’s a damn cult!”, declares Raimi, after he sees what the Reverend Jones (Robert Kokai) is getting up to with his brainwashed flock of Akron acolytes – but Raimi might as well be describing the status of Bookwalter’s film. Occasionally ripe performances, and a plot that never stops moving without ever quite making sense either, only add to its cult appeal – while there is no faulting its creative, and utterly unrestrained, use of blood and guts.

The Dead Next Door is released on DVD and Blu-ray 25 July courtesy of Fusion Media Sales. 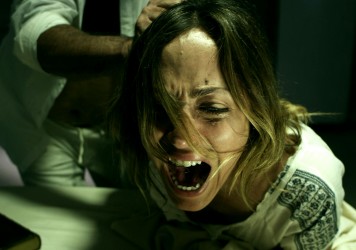