Discover the pressure-cooker tension of this alien invasion thriller 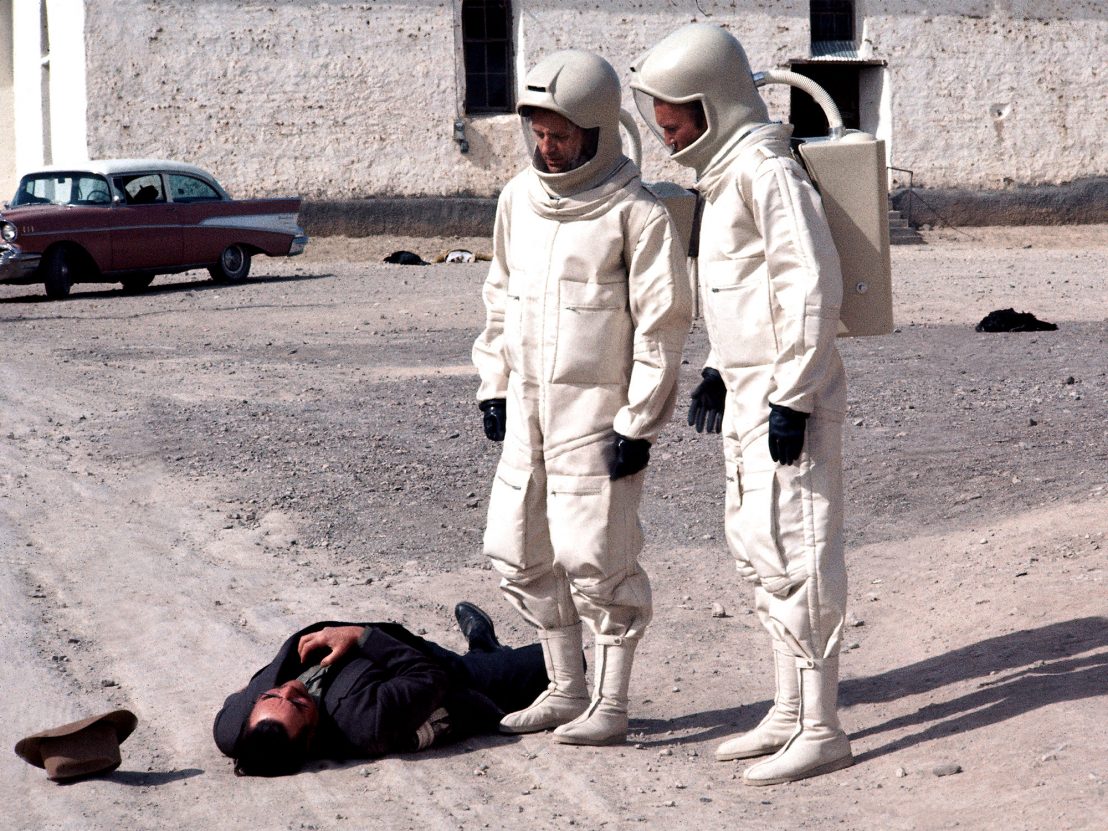 In HG Wells’ 1897 novel ‘The War of the Worlds’ and the many adaptations that it had inspired, the ferocious alien invaders of earth were eventually undone by microscopic bacteria. The opposite is the case in Michael Crichton’s 1969 novel ‘The Andromeda Strain’ and its 1971 film version, adapted by Nelson Gidding and directed by Robert Wise. Here the aliens are themselves microorganisms, attacking humans and other earthly lifeforms at the cellular level, so that their victims’ blood turns instantly and fatally to crystalline powder.

This remains a bold deviation from the movie convention whereby extraterrestrials are either anthropoid (as in Wise’s The Day The Earth Stood Still from 1951) or massive and monstrous, allowing The Andromeda Strain to play with the idea of deadly visitors that truly are alien in every way to our very notion of what constitutes life (and not just because of their minuscule size). It also means, of course, that these new invaders come with the decidedly uncinematic quality of being invisible to the naked eye.

Wise responds to this ‘problem’ in two very different ways: first by focusing mostly on the small team of scientists tasked with rapidly determining the nature of the off-planet attacker and any vulnerabilities that it might have; and second by eventually visualising microscopic views of the alien cells through what was then pioneering computerised photographic visual effects provided by Douglas Trumbull.

From opening text which introduces what follows as “the four-day history of a major American scientific crisis”, The Andromeda Strain purports to be documentation of a true if covered-up incident. In fact the story is a fiction, but a fiction told with one eye on a realistic style of filmmaking (let’s call it ‘pathogen procedural’), and the other eye on the contemporary realities of both space travel and the Cold War (both merged in the recent race between the USA and the USSR to be first to put a man on the Moon). For it is fear of a different kind of hostile adversary which drives the film’s paranoid tensions, and explains how the unearthly entities came to be here in the first place.

When a fragment of a secret government satellite comes crashing down into the (invented) community of Piedmont, New Mexico (a state associated with arms testing and the Manhattan Project), seemingly the entire populace of this small rural town, as well as a two-man recovery crew sent in by the military, drop dead in their tracks. In fact there are two survivors – a six-month-old baby who never stops crying, and a 69-year-old alcoholic.

Rescued by Dr Jeremy Stone (Arthur Hill) and Dr Mark Hall (James Olson) in hazmat suits, the patients are rushed with the remnants of the satellite to a secret underground facility, codenamed ‘Wildfire’, in Nevada, where Stone, Hall, Dr Charles Dutton (David Wayne) and Dr Ruth Leavitt (Kate Reid) have been assembled to work on the organism, in a sophisticated laboratory five floors beneath the surface. 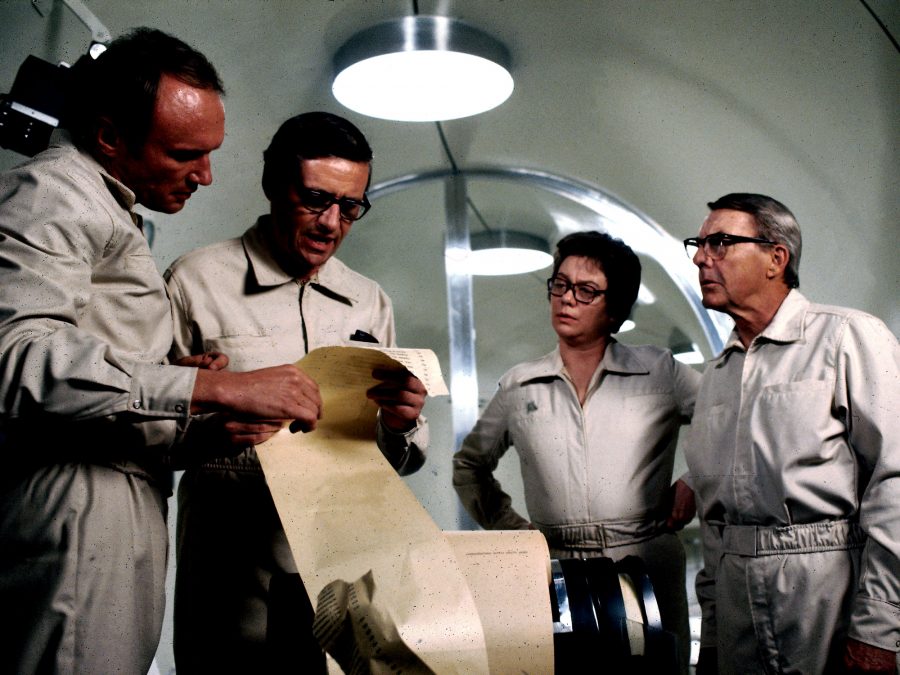 This facility comes with a drastic failsafe: should there be any risk of the pathogen escaping its subterranean confinement to the outside world, the entire base will be destroyed with a nuclear mechanism. There will, however, be a five-minute grace period in which the automatic nuclear process, once started, can be stopped.

Hall is entrusted with the key that can switch off the nuclear self-destruct process, in accordance with the ‘Odd-Man Hypothesis’ which claims that an unmarried man is more capable of making rational, objective command decisions than a married man or an unmarried woman. Yet this inherently sexist notion is challenged – at least to a degree – by a gender switch which sees the novel’s male character Dr Peter Leavitt changed to the female Dr Ruth Leavitt, a chain-smoking, sharp-thinking researcher whose one flaw, a medical condition, she conceals not because she is incompetent or wicked, but rather because there are already enough prejudices and professional barriers stacked against her to jeopardise her career and standing.

She is a great character – cynical yet humane, and in no way a token member of the otherwise all-male crew – and if her undeclared illness creates problems, that is just part and parcel of a film that is constantly concerned as much with human error as with inhuman threats. Everyone here makes mistakes: Stone and Hall’s call for Piedmont to be nuked to prevent the spread of the microbes almost brings about the end of all humanity. The President’s entirely unscientifically based hesitancy to carry out this action in fact saves the world.

Mechanical errors too engender potentially fatal miscommunications: a shred of paper arbitrarily slipping into a computer’s physical bell mechanism stops all notifications of crucial White House deliberations reaching Wildfire. Meanwhile, the facility, still under construction, has an insufficient number of working key stations where Hall can disable the nuclear bomb. All these compounding errors certainly raise the stakes of The Andromeda Strain, but they also obliquely dramatise the vast potential for snafus in America’s military, political and scientific responses to Russian hostility.

During the Cold War, with its perilous policies of Mutually Assured Destruction, everyone felt that the slightest misstep could easily and rapidly lead to atomic obliteration. Insidious and undermining, the aliens here allegorise the constant pressure-cooker sense of threat that dominated East-West relations of the period. The film also offers a dazzlingly plausible in-depth account of virology at work, with methodical science our best hope for a future. It is a bunkered SF disaster scenario where, in straitened circumstances, the humans are half the problem, but also the solution.

The Andromeda Strain is released on Blu-ray by Arrow Films in a new restoration form a 4K scan of the original camera negative on 3 June.