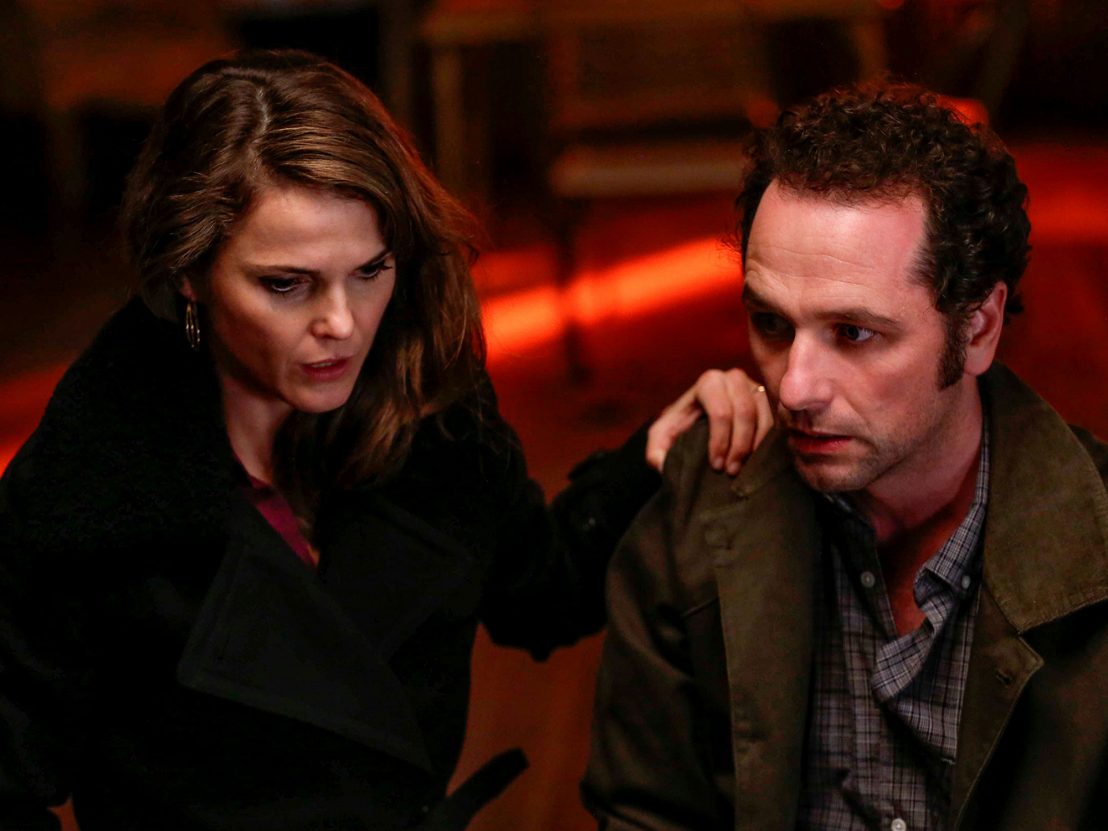 Spies: they’re just like us. In the excellent sixth and final season of The Americans, pop culture helps us to make sense of a messy world, allowing characters to reconnect with a place they haven’t been to in over 20 years. Philip (Matthew Rhys) and Elizabeth Jennings (Keri Russell) are the embodiment of the American dream. Suburban living, two kids, their own business; they also happen to be deep-cover KGB operatives.

The series has covered the majority of Ronald Reagan’s administration, beginning when Cold War posturing escalated again in the early 1980s. As The Americans comes to an end, the Cold War thaws, but tension between the married couple heats up. It is now 1987, Philip is all but out of the spy business, their daughter Paige (Holly Taylor) is learning the ropes. Spycraft is a big part of this, but she is also connecting with her parents’ Russian heritage through food, music, history and movies. The latter takes place in safe house alongside Elizabeth and her handler Claudia (Margo Martindale). Paige gets the grandmother she never had, one that has lived (and fought) through World War Two and this decades-spanning conflict.

Three generations of women sit on a sofa watching Moscow Does Not Believe in Tears in the season six premiere. The film won the Oscar for Best Foreign Language Film in 1981. The previous year, Team USA boycotted the Moscow Olympics, but the Academy didn’t shun Soviet era art. As per director Vladimir Menshov, President Reagan watched this film before meeting Mikhail Gorbachev in 1985, in order to understand the “Russian soul.”

Russia is no longer an abstract idea or hostile place the news has been describing for all these years. The so-called enemy also experiences complex relationship dynamics. Paige has less-than-glowing thoughts about the portrayal of the man-hungry women in the workers’ dorms in Moscow Does Not Believe in Tears. She also scoffs at the traditional behaviour of the male characters. The younger generation bristling against gender conventions is expected. No matter the country. Claudia talks of her experience sneaking boys into these kinds of spaces; this isn’t just for college kids in the West. Both sides of the ideological divide have human desires.

It isn’t an entirely rotten review, Paige has praise for Katerina (Vera Alentova); like Elizabeth, she is determined and brave. Soviet ’80s fashion also gets top marks. A fantastic skirt suit and vest doesn’t sound like a far cry from office attire in 9 to 5.

Philip is not privy to these bonding experiences, Paige’s spy education is not part of his agenda now that he has retired. Elizabeth bristles at the comforts of this country, Philip has always had fun with this side of their cover identities. Now he line-dances while his wife is out collecting intelligence on the US government. But Philip is feeling adrift, his American dream has turned sour. Capitalism bites back; the travel agency that was the side business is capitulating rather than thriving. The more effort he has put in, the more unstable it has become.

Wearing a disguise to rent a movie seems extreme, however just pressing play on the 1980 Russian satire, The Garage is enough to confirm Philip’s nationality. Art that is politically and personally dangerous has found its way into many homes. It is a risk worth taking so he can get a sense of self back, to remind him of the people they have been working to protect.

In fact, The Garage was banned in the USSR upon release because it portrayed the imbalance of power in a corrupt system. The provocative backstory of this film mirrors Philip’s position this season; there is a divide back home between the old guard and those hoping for progress in peace. Philip has been working with a faction of the KGB that is in opposition to anti-Gorbachev forces, while his wife has unknowingly been manipulated into helping the latter.

“A tense and chaotic situation involving violent confrontations between parties” could be the logline for Elizabeth’s operations this season, which have resulted in a higher-than-usual body count. Instead, this is one meaning behind the French slang word “Rififi.” Elizabeth goes to see the 1955 Jules Dassin film in an episode of the same name, in order to seduce a senator’s intern to get important intelligence about the forthcoming Reagan/Gorbachev Washington Summit.

Rififi is the icebreaker, Jackson (Austin Abrams) is the mark. He shows off his cinephile cred by noting this isn’t actually a French movie – director Jules Dassin was American, but blacklisted during the McCarthy era. He found solace in the European film industry. The 28-minute heist scene in Rififi includes no dialogue, a nod to the wordless 10-minute hole digging sequence from the season five premiere. Scenes stripped of dialogue are an Americans signature and Dassin’s influence is more than just a plot point. Rififi shows the minutia of a heist, The Americans has always been detail oriented in its spycraft portrayal, rather than another flashy Bond wannabe.

While European and Russian cinema dominate the final season of The Americans, the spectre of capitalist excess looms in the form of a Wall Street ‘coming soon’ poster. As Crowded House’s ‘Don’t Dream its Over’ plays over the season’s opening montage, Philip is dressed for success. He gets into his car complete with removable stereo, car phone and electric sunroof. As he pulls away the Wall Street poster is clear to see. But greed is not good. He is in dire financial straits, the business is crumbling. Maybe before the Berlin Wall does.

Pop culture is woven into the fabric of The Americans, from the music on the soundtrack to the films these characters consume. Movies act as an escape, but also provide a connection to places and people. Paige has never set foot in the motherland, Moscow Does Not Believe in Tears is a conduit to her heritage, to the life they could be living. Neither ideology is perfect; it is destructive and damaging on both sides. Art is one way to bridge this gap, to understand the ‘other.’ You don’t have to be a deep-cover spy to crack this code.

Taxi Driver and the frightening truth about our current political climate

Is the alt-right giving rise to a new generation of Travis Bickles?