How Straw Dogs exposed the hypocrisy of the New Man

Despite accusations of misogyny, Sam Peckinpah’s domestic thriller is a feminist film in disguise. 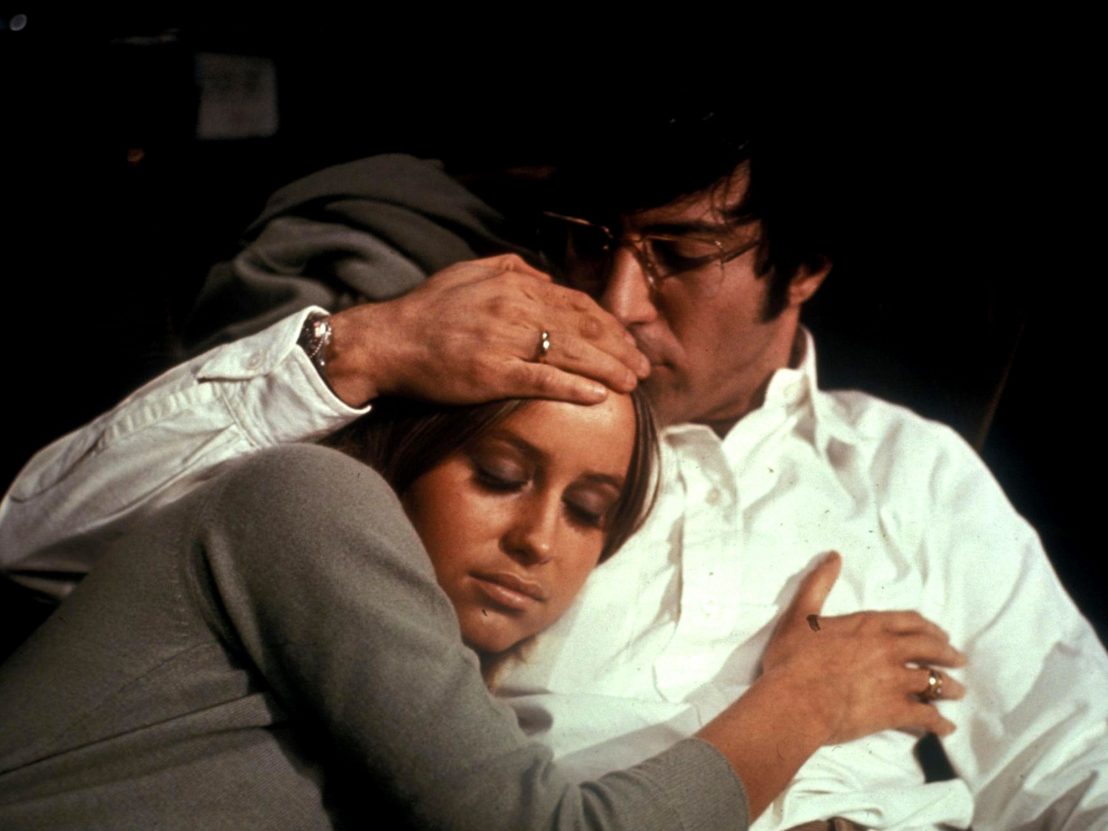 If the late ’60s and early ’70s in America were defined by unrest, perhaps no actor embodied it on screen as vividly as Dustin Hoffman. From The Graduate to Kramer vs Kramer via Midnight Cowboy and All the President’s Men, Hoffman specialised in delivering neurotic, agitated performances. The undercurrent of emotions flowing through his characters almost always burst out in bouts of sudden violence. His body alone, short yet muscular, his feet firmly planted on the ground but never still for long, creates a tension within the frame that several directors have exploited to beautiful effect.

As the workaholic father forced to look after his son for the first time, Hoffman brings to his character in Kramer vs Kramer a violent impatience that propels the narrative. While seeing the actor aggressively struggle to prepare French toast is a spectacle in itself, the constant fear that Kramer may inadvertently hurt his child simultaneously creates tension and furthers the story. Whether this man could ever be a good father is the central question and real heart of the film.

Sam Peckinpah’s Straw Dogs similarly plays with Hoffman’s persona and strengths, casting him against type as a quiet and reserved mathematics professor. Moving with his young British wife Amy (Susan George) to her natal Cornish countryside, David Sumner is seeking peace and quiet to pursue his writerly ambitions. Yet from the very start, the couple are confronted with the barely concealed hostility of the locals, childhood friends of Amy, who do not approve of the American outsider.

Yet in the face of increased bullying, David receives no support from Amy. Far from offering to talk to her friends and calm them down, she demand that David fight back. Instead of upholding reason and grown-up conversation, she wants her husband to play these men’s game and use the same backwards, petty violence that they utilise to harass the couple.

Yet Amy is portrayed as a way more complex character than this attitude may suggest. Far from adhering to conventional gender roles in which the man must physically protect his woman, she in fact proves the most progressive of all the characters. When the local men in town stare at her bra-less breasts poking under her shirt in the film’s opening sequence, Amy shows no sign of shame at all. David, however, is visibly uncomfortable. Rather than telling the men to correct their behaviour, he suggests Amy wear a bra to stop ‘attracting the attention.’

Scared of the locals and almost embarrassed by his wife, David would rather put the blame on her than go and talk to the real wrongdoers. It is this cowardly misogyny that pushes Amy to provoke him with increasing ferocity throughout the film. Bitter and resentful, she walks naked around her home on purpose, very much aware that the locals appointed to fix the house can see her through the windows. Later, she voluntarily annoys David while he is working. Yet despite all her attempts, he never understands her anger and never reacts, casting her out as a childish and naive little girl instead.

This consideration of Amy as a feminist character within a feminist film makes the accusations of misogyny against the infamous rape scene less straightforward and obvious. Treated like a worthless piece of meat both by her husband and by the locals, exhausted by her fruitless effort to persuade David to defend her, Amy feels alone and hopeless. That the infamous attack at the film’s mid-point is enacted by her former boyfriend Charlie (Del Henney), then, is a terrible contradiction. Symbolically confirming the idea that no one will defend her, this man she once loved also gives her a perverse sense of attention and comfort she can not find in the arms of her husband.

Susan George’s facial expressions, the way she fights back then doesn’t during this agonisingly prolonged sequence, perfectly highlights the conflicting feelings of pain and surrender within Amy. The duality of this first attack is made even clearer when another one of the locals, his rifle pointed at Charlie, then forces him to hold Amy down so he can take advantage of her himself. When Amy understands what is happening, her shy smile of satisfaction turns into a scream: Charlie too, like David, is turning a blind eye to her suffering. She truly is alone, after all.

This sequence is wonderful in itself, for the way it treads such a dangerous line so respectfully, giving its main character real depth and restoring to the attack its true horror. Even more impressive is the fact that it is never turned into a plot point. The attack is not what eventually triggers David into finally revolting against these local men. Amy’s suffering is not the fuel that advances David’s story.

Instead, David’s burst of violence in the film’s final sequences is based on a much more old-fashioned, selfish instinct. When Henry Niles (David Warner), a mentally deficient man hated by the entire town, is accused of having kidnapped a young girl, the local men chase him down and threaten to kill him. Suddenly becoming a man of principles, David shelters Henry and does not hesitate to use force to keep the aggressors out of his house.

In the film’s profoundly sad irony, David does not only finds himself defending a real murderer. He also proudly tells Amy that he ‘will not allow violence against this house’ long after she herself has been attacked in their own living room. What is to his eyes a worthy and noble speech – and a classic Oscar moment for Hoffman – is here deeply misguided and pathetic, almost infuriating. David sees himself as the hero in his own story, but the real heart of the film is Amy.

Released at a time when second-wave feminism was challenging gender inequality both at work and in the home, Straw Dogs deserves to be re-examined as a feminist film in disguise. Despite Peckinpah’s famously restrictive and misogynistic views on his own film and on the character of Amy, Susan George’s performance transcends insulting and simplistic characterisation. Inadvertently or not, the film brings to light the hypocrisy of many men who at the time purported to adopt the ‘New Man’ attitude, stripped of violent affirmations of masculinity but still failing to care about the women around them. Shockingly modern and rewarding, the film features one of Hoffman’s most nuanced and unsympathetic performances as a man at the centre of the story yet without a clue.