This premiere episode sets up more mysterious goings on – but don’t expect any easy answers from the second season. 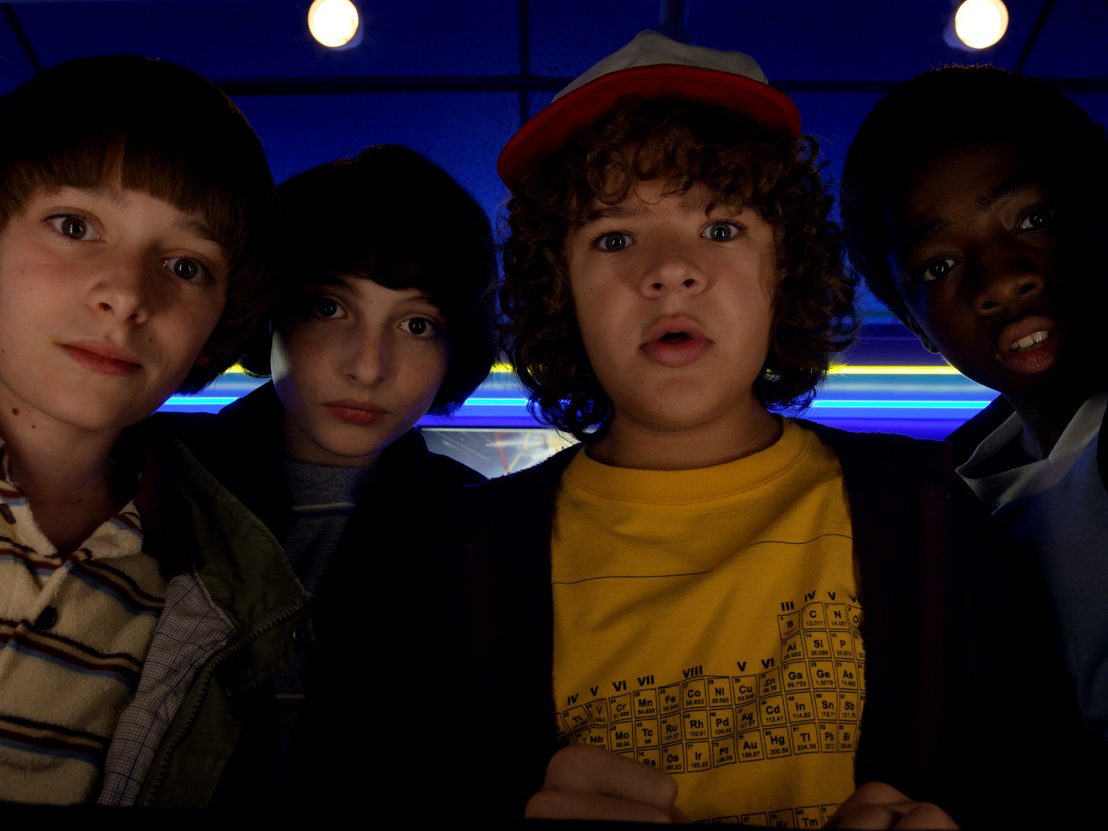 A group of masked, young adults run from a building, sirens blaring behind them. They pile into a parked van and speed off with a screeching U-Turn, in the opposite direction of the police car coming for them. The atmosphere in the van is charged with a dangerous mix of excited adrenaline and fear. The girl in the passenger seat, Kali (Linnea Berthelson), appears to be the stoic leader of the group, directing their escape route with monosyllabic commands.

Several police cars have joined in on the chase now and things aren’t looking too good for the group who looks like they have walked straight out of a ‘Girls Just Wanna Have Fun’ / ‘California Love’ mashup. But just as the cops circle in on them, Kali slowly raises her hand to bring her fingers together in what looks like a yogic mudra, when – BOOM! – an obstacle hinders the men in blue from following them further. The backseat cheers as blood trickles from Kali’s nostril. Wiping it away with the back of her hand, we see the number 008 tattooed on her wrist.

I must admit, my heart sank a little at this point. Though it would have been weird not to at least mention the very real possibility of other children like Eleven (Milly Bobby Brown) existing, bringing more nameless, numbered kids into the mix of Stranger Things 2 could see the show following in the veins of Heroes, or even worse, Kyle XY – shows that lost their intrigue due to their inability to stick with one strong storyline, rather than many, poorly developed arcs. This seemingly unrelated opening scene is the last we see of Kali and co throughout Chapter One, but you can expect them to roll up in Hawkins sooner or later.

Back in the town, it’s the night before Halloween and Dustin (Gaten Matarazzo), Lucas (Caleb McLaughlin), Mike (Finn Wolfhard) and Will (Noah Schnapp), are scrounging together enough money to spend an evening at the local Arcade. It’s been almost a year since Will returned from the Upside Down and although things seem to have gone back to normal, the kids and their parents are still struggling with the aftermath of what happened in October 1983. Mike checks in via radio every day, hoping for a sign of Eleven; Barb’s (Shannon Purser) parents have put their house up for sale to raise the funds necessary to employ a private investigator, still hopeful their daughter is somewhere out there; and Joyce (Winona Ryder) has become even more of a nervous wreck, worrying about Will every waking hour.

Will wants nothing more than to move on from his “Zombie Boy” rep, but with his family and friends walking on eggshells around him, he has yet to return to a sense of normalcy. While all his friends bike to the Arcade, Will is dropped off by his mum and spends a good few minutes reassuring her he’ll be fine when she repeatedly insists he call home if anything were to go wrong. Exterior shots of the Arcade to the sound of the ’80s are as aesthetically pleasing as they are heart-warming – along with its Goonies-style storytelling, these nostalgic touches are what helped turn Stranger Things into the cultural phenomenon it is today, as the show plays on the theme of innocent times passing.

When Will joins his friends inside, things shape up into a typical pre-teen night out. What his friends don’t know, is that Will has been plagued by what his mother and Dr Owens (Paul Reiser) refer to as “episodes” brought on by PTSD. He repeatedly finds himself having visions of an apocalyptic, Upside Down world in which a tentacled monster, the bane of all evil, is out to kill everyone, and there is nothing he can do to stop it. The monster is beckoning him, and Will is afraid he won’t be able to resist its force for much longer.

In its premiere episode, Stranger Things does what it does best – slowly setting us up for the mysteries that will be uncovered during this second season without rushing into explanations. ‘MadMax’ serves to reconnect us with our boys Mike, Dustin, Lucas and Will not by immediately launching us into their next adventure, but by checking in with how they have grown as individuals and as friends. Introducing new characters and Eleven’s whereabouts, this season promises plenty more action and answers, and we only hope the Duffer brothers will manage to keep their storylines contained.