The director’s 1995 tech noir isn’t her most critically or commercially successful film, but it might just be her most important. 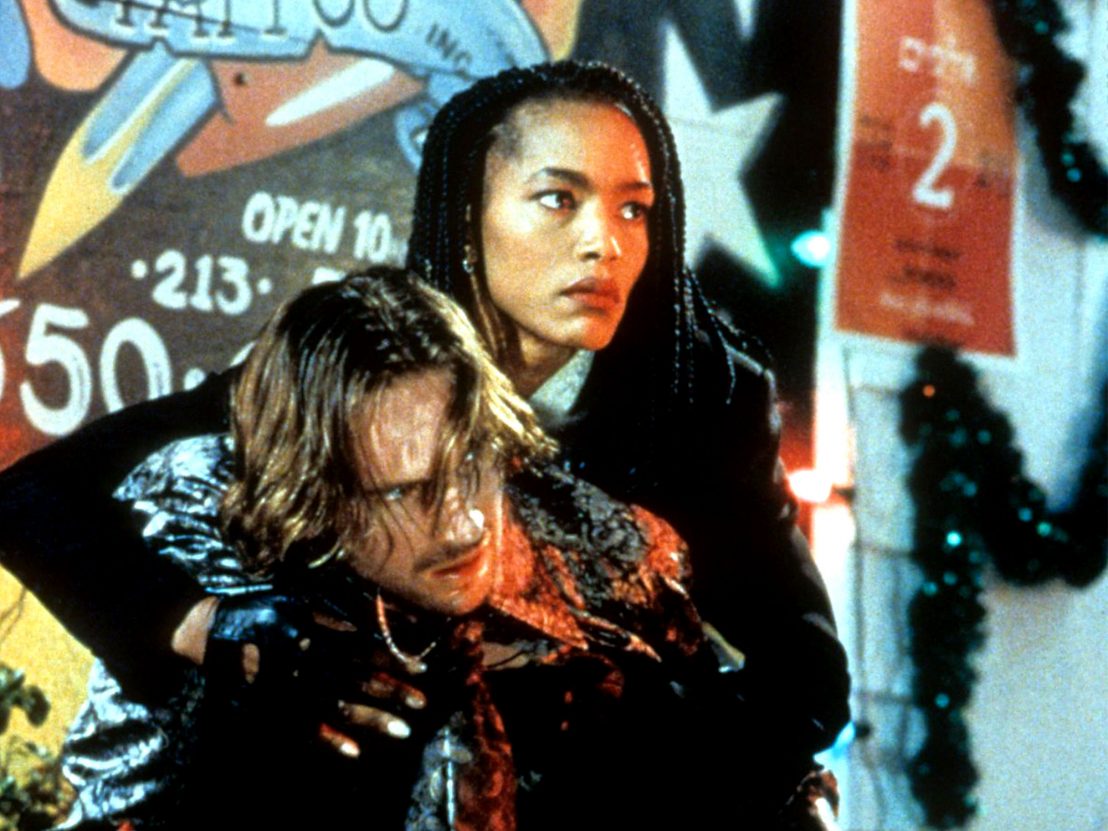 The city of Los Angeles is in flames as angry protestors take to the streets following the death of an unarmed Black man at the hands of two racist white police officers. Despite this uprising, the LAPD seem completely unfazed, continuing to dish out violence with impunity. The rise of immersive virtual reality technology means many more people are sitting at home, more concerned with escaping this grim reality than playing an active role in changing it. Revolution is in the air, and there’s a nagging sense that the American Dream is on the brink of collapse.

While this might read like a story ripped from the news headlines in 2020, it’s actually the plot of Kathryn Bigelow’s sci-fi noir Strange Days. Released 25 years ago, the film contains a prescient warning about the increasingly invasive and addictive nature of technology, centring its near-apocalyptic events around lovable rogue Lenny Nero (Ralph Fiennes), a former cop turned hustler who sells SQUID (Superconducting Quantum Interference Device) to customers via the black market.

SQUID is a virtual reality headset that records its wearer’s experiences. It allows users to subsequently live out other people’s memories, no matter how sexually explicit (at one point Lenny brags that he can turn a rich businessman into an 18-year-old girl taking a shower) or violent (another one of his ‘experiences’ turns a user into a bank robber with a shotgun) they might be. This process is presented as something dangerously compulsive, providing a rush that goes way beyond what any Class A drug can offer. Lenny, who is dressed more like a Columbian cocaine dealer than a tech salesman, even boasts to one wealthy client, “I’m the Santa Claus of the subconscious. Think it and you can have it.”

When one of Lenny’s female friends is brutally raped and murdered by someone armed with a couple of SQUID devices, she’s forced to experience her attack in real-time from the perspective of her nihilistic killer. The technology horrifically heightens her pain. As the year 2000 fast approaches, a high-octane search for the callous culprit ensues, with Lenny backed by friend and high-end taxi driver Lornette “Mace” Mason (a sparky Angela Bassett, serving as the film’s moral compass). While this mystery unfolds, civil unrest breaks out across the city following the murder of radically political rapper Jeriko One (Glenn Plummer), whose assassination by the LAPD has been captured via SQUID – although the public is unaware of this. 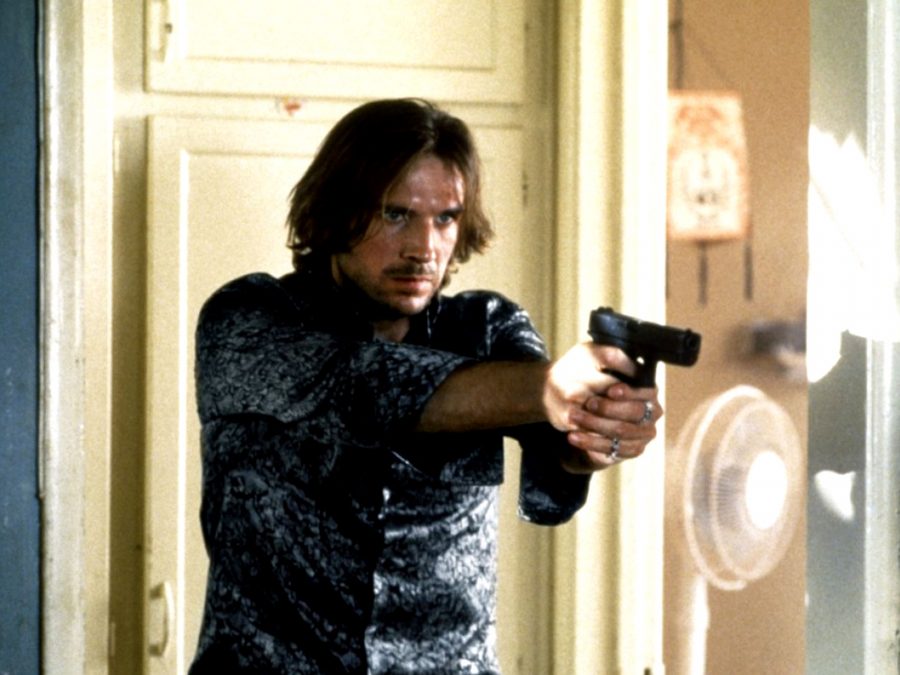 From mass uprisings and institutional racism to the concept of violence as a sadistic new form of digital currency and entertainment, Bigelow’s film is packed with thought-provoking ideas. This perhaps explains why it tanked at the box office (it made back just $8m of its $42m budget), as the premise was a tough sell to mainstream moviegoers primed for a Terminator-esque tech thriller (incidentally, James Cameron wrote the screenplay). Viewed today, however, Strange Days feels less like a cautionary tale about the future and more like an uncanny reflection of the world we live in.

From VR headsets to Snapchat filters, we live in an age where consumer technology can instantaneously place us in another person’s body, while our most intimate personal moments are routinely captured within the digital sphere. Being able to experience graphic depictions of violence and sexual imagery is a mere Google search away. Bigelow’s film taps directly into these existential fears, while its chief concern that technology will become more and more insular aligns perfectly with the proliferation of social media. Lenny’s occupation isn’t dissimilar to a dark web salesman – he’d make a killing in 2020.

The way America is depicted as being ruled by an aggressive Law and Order police state, where officers freely erase anyone who gets in their way, as well as the murder of Jeriko One, which has obvious echoes of the death of George Floyd and so many other black lives, are distinctly Trumpian themes. Yet it’s the idea that all of this anarchy could be defeated by altering our reckless relationship with technology that makes Strange Days feel so much more relevant now than it did back in 1995.

In a pivotal scene, Mace tells Lenny of her aversion to SQUID. “Memories are meant to fade. That’s why they’re made that way!” It’s a profound statement that suggests many of humanity’s problems are driven by our fascination with digitising real experiences. She hints at a hopeful alternative that seems to tally with what a lot of people are currently feeling, as millions contemplate disconnecting from their digital avatars. (According to Edison Research, Facebook had 15 million fewer users in 2019 than it did in 2017, and this decline is predicted to accelerate further.) After all, isn’t life, as Mace affirms, something that’s better off lived?

Ultimately, despite the darkness of its narrative and Matthew F Leonetti’s grungy cinematography (somewhere between Blade Runner and the ‘Smells Like Teen Spirit’ music video), Strange Days finds light and leaves us with a message of hope (as well one of the best kiss scenes ever). In a powerful climatic scene, Mace, a Black woman, symbolically fights back against oppressive police officers, reversing an inherently racist power dynamic and sparking the crowd to stand in solidarity with her as a revolution finally manifests.

“The film ends in a strong insistence on hope. Ultimately it’s humanity, not technology, that takes us forward,” Bigelow said in an interview around the film’s release. Perhaps we’re now faced with a similar moral dilemma. Continue as things are or strive for something better, where life isn’t completely governed by technology. A new generation watching a strong character like Mace Mason for the first time might just be inspired to take action.