After his scene-stealing cameo in Captain America: Civil War, Tom Holland is set to make his full feature debut as Peter Parker. The trailer for Sony’s Spider-Man: Homecoming opens with a mentoring pep talk delivered by Robert Downey Jr’s Tony Stark, and there is an undeniable chemistry between the two actors which we’ll be hoping for much more of.

Both characters are known for their quick wit and rebellious nature, and the fact that this reboot appears to be lighter in tone than previous incarnations could give the franchise a vital new lease of life.

The film’s villain comes in the form of Vulture, played by Michel Keaton, who suddenly appears in danger of being typecast as a man who dresses up as a bird. (Hey, we’re not complaining.) There’s no hint of an origin story here either, which given the brief backstory offered in Civil War coupled with the fact that this will be the sixth Spider-Man film in 15 years, is another positive sign.

Holland seems a perfect fit for the role and this film looks on target to (finally) deliver a definitive portrayal of everyone’s favourite web-slinging boy wonder.

Sony/Marvel have just dropped a second trailer, which features some rather nifty Spidey suit modifications and some sage advice from a certain Tony Stark. Watch it below and let us know what you think @LWLies 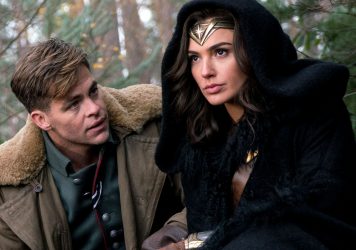 A new trailer for DC’s standalone adventure tale hints at its heroine’s badass back story.