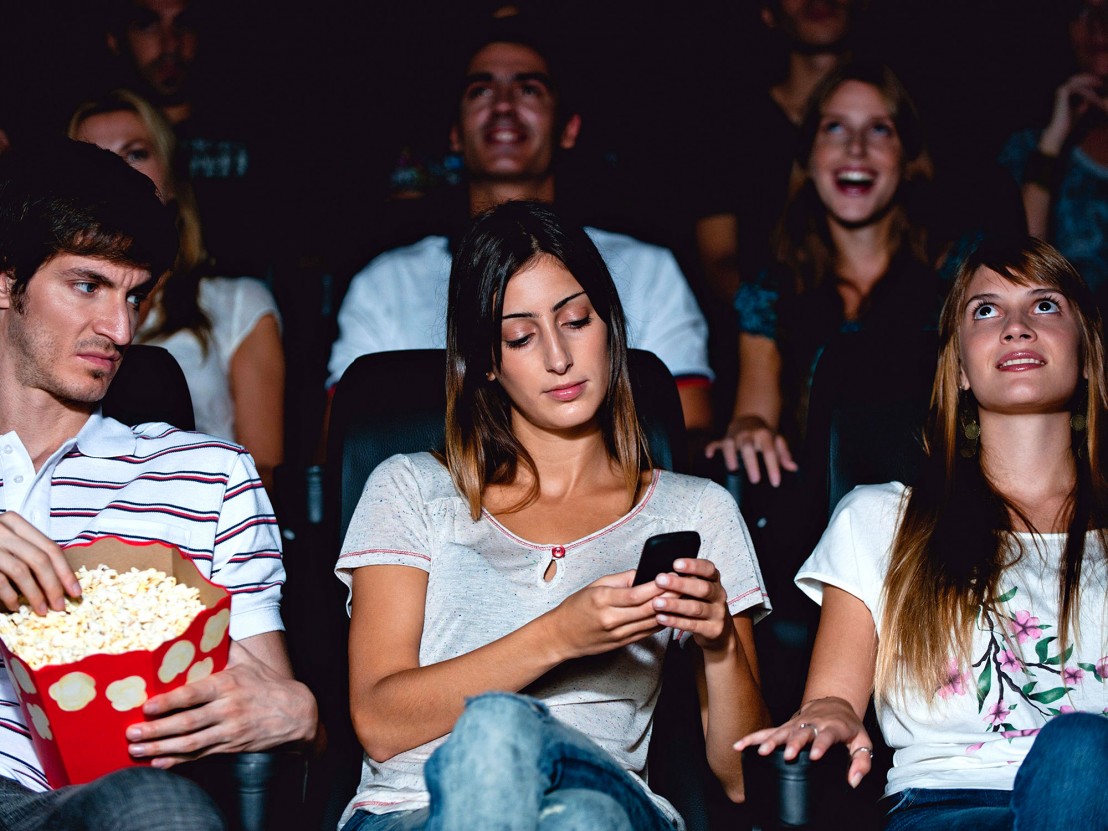 At the risk of sounding like an irritated school ma’am or an uninspired comedian: what is it with people making disruptions in cinemas? Mobile phones are turning adults into children who can’t bear to stop playing with their toys. A devout few crusade against noise-makers and phone users, intervening where both occur, but the tide is definitely with people that treat cinema like a bigger, stranger populated version of their front room. The belief that we must receive the Seventh Art in absorbed reverence is dying out.

As guarantees of a quality (as in, purely peaceful) cinematic experiences go down, prices are going up. New cinemas, Picturehouse Central and Curzon Bloomsbury, have set peak prices at £18. We fear that it’s becoming more tempting for audiences to stay at home and use streaming services as a way to sate their movie hunger.

But films’ true homes are cinemas. It’s rare you’ll hear a filmmaker say how chuffed they are to see their new prize project on a 3.5 inch digital screen. It’s true that those of us who worship at the alter of movies guzzle them through all channels, including laptop screens. This is because, as well as being discerning snobs, we are rabid junkies. Just because low-atmosphere, low-resolution private screenings are ubiquitous, it doesn’t mean that we let go of the best that cinema can be.

Why is it important that cinema conditions are preserved? It’s hard to answer this question without coming across as preachy and therefore irrelevant. Mark Kermode and Simon Mayo of Wittertainment fame have a Code of Conduct which has long since become a resource for comically lamenting the fact that each listed behaviour happens. All the time. Throughout the land.

It is considered to be buzzkill behaviour to be serious and to speak seriously about what many consider to be ‘popular entertainment’. There is a mentality of, ‘I paid for my ticket, I can do what the hell I want,’ as if the other people who paid for their tickets will be unaffected by distracting behaviour and if they are, well… you know where they can go. It’s aggressive and self-righteous, and yet people who disagree with my belief that they should shut the hell up may well plaster me with the exact same labels.

In short: we are operating under different, irreconcilable philosophies. The answer? Division. In the same way that cinemas schedule mother and baby screenings, they should schedule cinephile church screenings in which distractions are expressly forbidden and we – who suckle our life’s meaning off the teat of the finest art in the world can be fed and nurtured. They should also schedule playground screenings in which shhhing is expressly forbidden and audiences can chatter and update Facebook and generally continue with life with the added bonus of a movie flickering in the background.

What do you think of this scheme? Is it genius or stupid? Let us know @LWLies