The Tetsuo director is at his hyper-stylised, idiosyncratic best in this unnerving period tale. 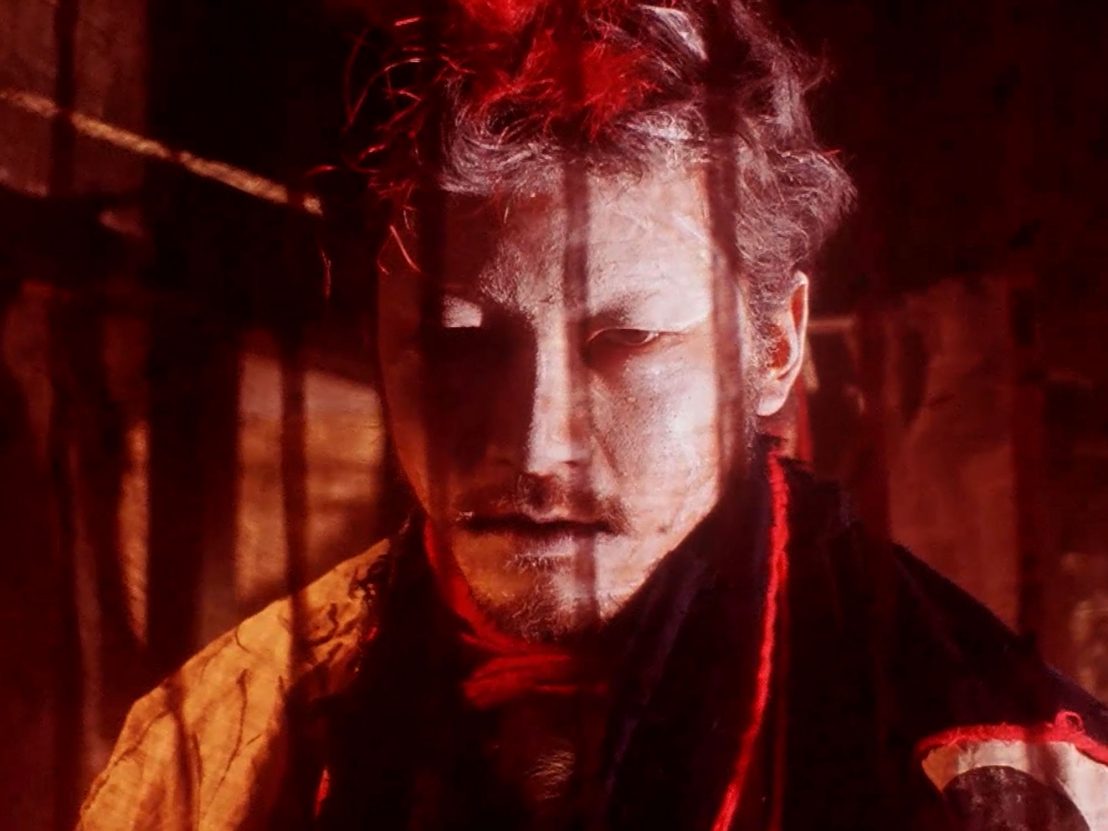 By the time Shinya Tsukamoto made Gemini in 1999, he had already established an idiosyncratic filmmaking language all of his own. His features Tetsuo: The Iron Man, its sequel Tetsuo II: Body Hammer, Tokyo Fist and Bullet Ballet were all shot with queasily mobile, often handheld cameras, featured punkishly violent editing and were presented either in black-and-white or a stylised near-monochrome.

Tsukamoto had created, for want of a better term, a personal brand: putting masculine identity through the wringer in urban and industrial environments, he was a mucky poet of the human (especially the male) condition as it mutates and mobilises under an oppressive modernity.

Gemini sounds as though it should be something different. Freely adapted from Edogawa Rampo’s short story ‘The Twins’ from 1924, and set in the late Meiji era, this was to be Tsukamoto’s first period film (it would eventually be followed by his similarly non-contemporary Fires on the Plain in 2014 and Killing in 2018).

Yet from its opening digitally-manipulated choral score to its first impressionistic images of maggots and rats swarming over a dog’s putrid carcass in the mud, the viewer can sit back in the assurance that, despite the early 20th century setting, this is very much a typical Tsukamoto film merely masquerading as classical Japanese cinema. Indeed, both rot and masquerade are key themes here.

Born onto a well-to-do family, protagonist Yukio Daitokuji (Masahiro Motoki) has followed in the footsteps of his father (Yasutaka Tsutsui) by becoming a doctor, but has also seen the horrors of the world beyond his privileged domestic life while serving as a frontline military medic, where his conduct and commitment earned him medals and a very sold reputation. Now a veteran, he practises medicine from the family home where he has settled with his new wife, the mysterious Rin (Ryo, making an impression in her first big-screen part).

Rin’s supposed amnesia creates a conflict: for the same rootlessness in Rin that Yukio regards as a clean slate onto which he can inscribe a new future for Japan is also what leads to the disapproval and suspicion of Yukio’s beloved but patrician parents. Consequently, Yukio becomes trapped between his progressive impulses and his family’s expectations. We learn early on that on the battlefield Yukio became famous for saving a general, but that he also saved a lot of the common soldiery.

Later in the film, Yukio’s allegiances are tested when, on a stormy night, he is visited at almost exactly the same time by a plague-afflicted mother and daughter from the slums and a local mayor injured in a drunken accident. Yukio must decide who to treat, and it is a triage dilemma anchored in considerations of class and status which will divide him both from his own wife, and from himself. 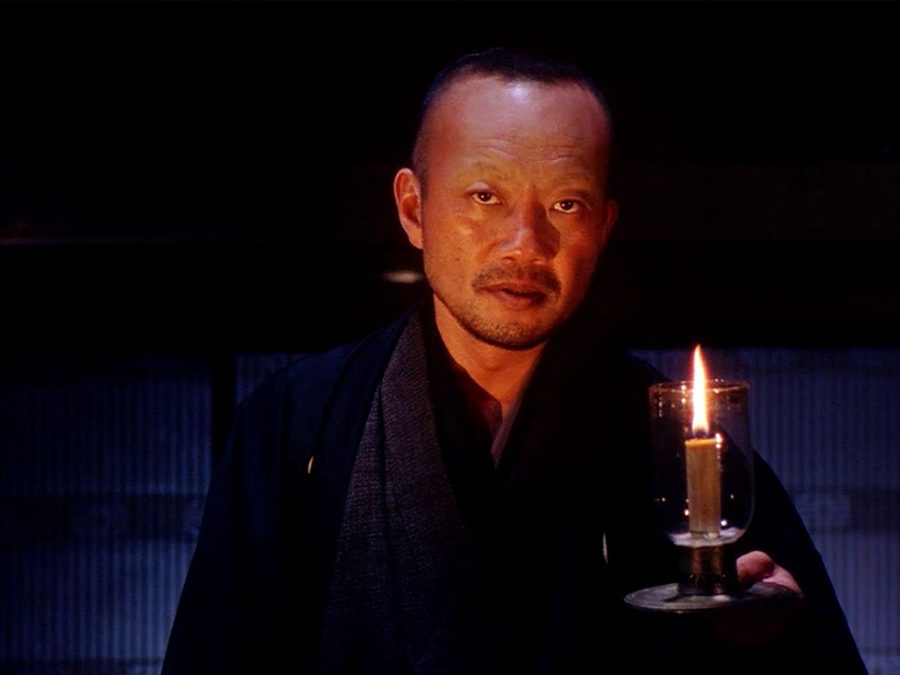 Yukio is a divided man, and that inner conflict soon finds external expression as a repressed past resurfaces. Yukio’s surroundings may be elegant – all flowers and vases, formal teas and served dinners – but there is something rotten in the Daitokuji household. “What a horrible colour!” Yukio observes to Rin near the start of the film; words that operate in part as a reflexive comment on the lighting and filters that Tsukamoto uses to bathe everything in a sickly yellow light.

There is also, although we cannot see it, a foul stench pervading the house, sending Rin and all the staff through the immaculately arranged rooms and corridors in search of its noxious source. Yukio has noticed a presence – “a shadowy fellow” – around and in the house, although whenever he seeks out this figure, he always ends up confronted with his own reflection.

There is, in fact, a person invading this home: the wild thief Sutekichi (also played by Motoki) whose relationship to Yukio can be surmised from the film’s title. As Sutekichi circles in to reclaim his birthright, a vicious, violent conflict emerges which reverses the roles of these two men – one rich, respected and integrated, the other impoverished, despised and exiled. Rin is left between them, certain of who she is but unsure of what she really wants.

If Yukio spends much of the film’s second half trapped in a deep, dark hellhole, that also proves to be both the crucible where he learns humility and the womb where he can be reborn a less supercilious, more outward-looking version of himself. It is almost as though the best qualities of Sutekichi and Yukio have merged into the one character – or even as though they represent two sides of the same person, the one being constantly suppressed by the other.

As personal histories are gradually revealed via flashbacks to a hyper-stylised shanty town whose denizens – colourful where the Daitokujis are grey – could come straight out of a Mad Max movie, Gemini morphs into a strange, mannered melodrama of the haves and the have-nots, of nature and nurture.

All this is occasionally punctuated by a driving industrial score, by some reeling camerawork and by surreal conduct – all sure signifiers that this is still Tsukamoto’s world and we are merely guests in it. Like Sutekichi, once you have moved in, you will want to stay.

Gemini is available on Blu-ray and digital in a new HD transfer from Third Window Films from 2 November. 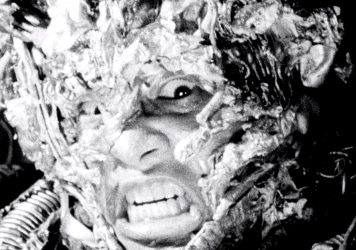 Tetsuo: The Iron Man and the dark side of transhumanism