I first went to a Curzon cinema two years ago after moving to London from the Wirral in Merseyside. I was blown away by the quality of the programming but also the lively atmosphere, the air of class and sophisticated elegance that emanated from the place.

This summer I saw Ira Sachs’ Little Men, a delightful film that felt so far from the mainstream. The story follows a family who decide to relocate following the death of a close relative. The next day, I was due to pick up the keys for my final student house. It was during this screening that I realised my Curzon journey had come full-circle. I was starting and ending my university career in the midst of a legacy which was about to be compromised by what former Controller of the British Film Institute’s National Film Theatre, Leslie Hardcastle OBE, referred to as “a new race [of] corporate man,” when I spoke to him recently. At that moment I felt an overwhelming urge to join the campaign to save the Curzon Soho.

There has been a cinema at 99 Shaftesbury Avenue for over 100 years, and since 1998 Curzon Soho has been a hub for artists, filmmakers and every type of creative you could care to imagine. You walk through the front door into the café and there’s Ken Loach having a cup of tea, move downstairs and find actors nestled in the corner of the bar reading through scripts. It is a unique community space. One that is now threatened by Transport for London’s plans to build Crossrail 2 – despite Crossrail 1 still being under construction – which could wipe out as much as half of Soho.

TfL’s rationale is to alleviate the strain placed on London’s transport system by the city’s ever-growing population. Yet if you consider just how much London’s population increases on a monthly basis, it raises the question of whether Crossrail 2 can actually provide a lasting solution. Once the plans are put into action, London’s West End will be a building site for a decade. There are even talks that the developers want to use Soho Square as a dumping ground for some of the building equipment.

My film, Shadows & Light: Curzon’s Threatened Legacy, has joined the campaign, along with a 46,000+ strong petition. I’ve been fortunate enough to speak to members of the public, Curzon staff including CEO Philip Knatchbull, as well as members of Save Soho including Tim Arnold and Colin Vaines, and Clare Lynch and Leslie Hardcastle from the Soho Society. Making this film has been a truly eye-opening experience, and I am deeply passionate about keeping arthouse cinema alive. The aim of my documentary is to capture the current time in the life of Curzon Soho while highlighting of the importance of independent cinema and raising awareness of the various social concerns linked to TfL’s plans.

Many high-profile voices from across both the film industry and arts community have spoken out against the proposed closure of the Curzon Soho, which would not only have a profound negative impact on independent cinema but also Soho itself. What will become of this once vibrant village? TfL wish to reduce congestion and increase tourism, but soon there will be nothing of interest left to see. London is gradually being chipped away at by developers. It is becoming a corporate kingdom, stripped of its distinct charm and proud culture. It absolutely needs to stop.

Charlie Granby is the director of Shadows and Light: Curzon’s Threatened Legacy. Sign the petition to save the Curzon Soho here. 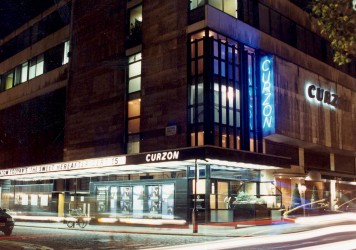 This iconic two-screen cinema in the heart of London needs your support.