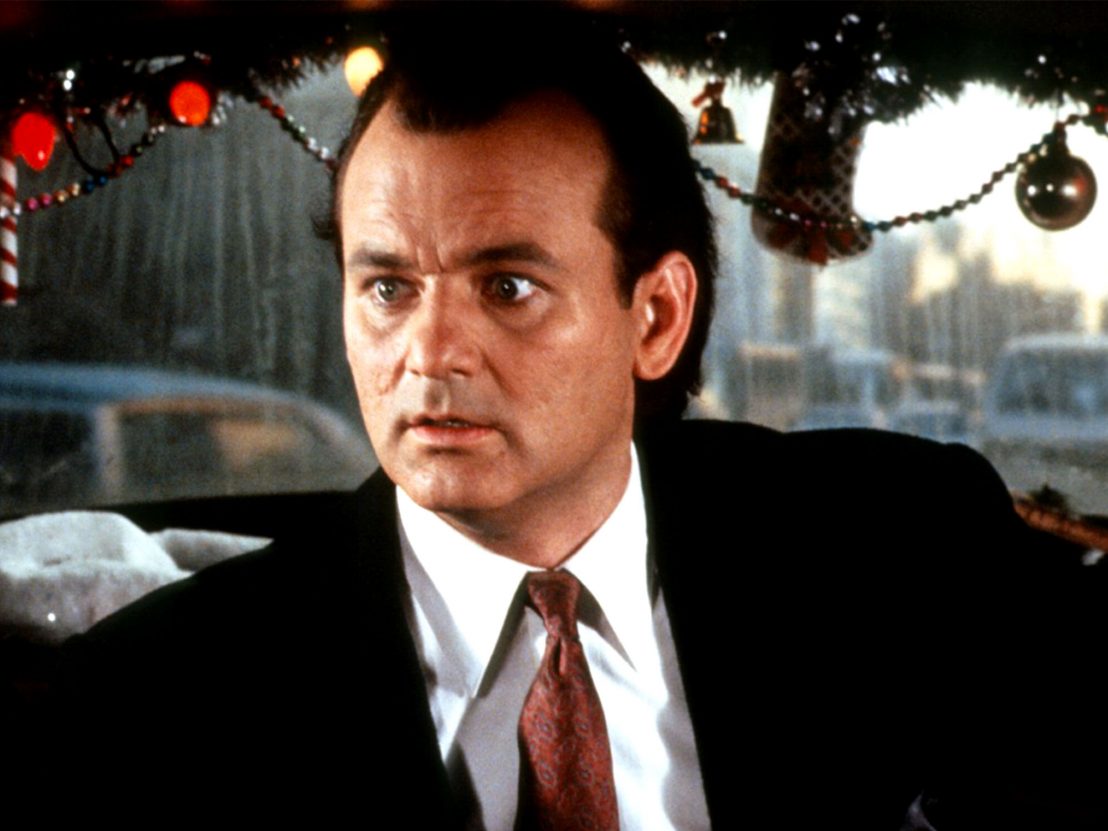 Thirty years ago, you’d have been forgiven for thinking of Scrooged as little more than a standard-issue Christmas turkey. The production itself had been fraught with tension – mostly between Bill Murray and director Richard Donner, whose interpretations of the script differed wildly. The critics were ambivalent at best, with some of the film’s harsher detractors describing it as “disquieting, unsettling” and “appallingly unfunny”. Even a relatively strong box office performance couldn’t make up for a deeply misjudged release date – its late November opening meant that, by the time Christmas actually came around, Scrooged had already been forgotten.

Yet today the film survives as something of a cult seasonal favourite. A few years ago Empire and Time Out placed it 7th and 12th respectively on their lists of the best Christmas films, while USA Today, the paper whose original review called the film a “monumental mess”, published a piece in 2013 imploring readers to give Scrooged another chance. And they have: visit any popular audience review site and you’ll find its users expressing no small amount of affection for the film. So what’s changed since the film’s original release?

The reasons for Scrooged’s lasting appeal extended far beyond the enduring charisma of its star. It may be an ’80s movie for better and for worse, but its message resonates as much today as it did then – perhaps even more so. It tells the story of a pompous, cruel network executive who forces his employees to work long hours through the holidays, fires people on a whim and obsesses over things like viewing figures and audience engagement.

Yes, much of this timelessness can be attributed to the power of ‘A Christmas Carol’ itself, but certain aspects of Scrooged nonetheless remain relevant in a way that Charles Dickens’ original tale (understandably) hasn’t. Frank Cross is a monster of the modern age; a man whose particular brand of abuse and exploitation – his constant need to make things big and better and shinier, and damn the hurt it causes – will be immediately recognisable to put-upon workers in 2018, and especially those who work in media or tech.

Neither can the impact of Scrooged’s tone be understated in pinning down its allure to 21st century viewers. The film initially drew criticism for its bitter and sardonic interpretation of a genre which usually demonstrated nothing less than total earnestness and whole-hearted joy. In many ways, Scrooged is a Christmas film for people who hate Christmas films. The world it portrays is rife with cynicism: callous media executives rehash old stories to death, beleaguered workers turn to murder to avenge their firings and the cruellest of men easily redeem themselves of their crimes by leading singalongs on live television.

The film’s few genuine attempts at showing any Christmas goodwill are perfunctory and snide. But in yielding to its own acidity, Scrooged accidentally would up being decades ahead of its time. We live in an age of anti-Christmas songs and existential dread and sweaters worn ironically. Now more than ever, audiences are clamouring for a Christmas film touched by a little darkness – one in which Bobcat Goldthwait chases Bill Murray around an office with a shotgun, perhaps.

Of course, Scrooged is essentially an exercise in cynical commercialisation. It was an unnecessary reboot of a classic story which criticised unnecessary reboots of classic stories, and seemed to distrust the appeal of Christmas itself so much that it tried to draw in the crowds by making a tenuous link between Charles Dickens and Ghostbusters. Somehow, though, it stumbled into a perfect storm which carried it into the hearts and minds of contemporary audiences. It may not have been intentional on the part of the filmmakers, but Scrooged’s deft choice of lead, acerbic tone and lasting thematic quirks has made it the perfect Christmas film for the modern era.