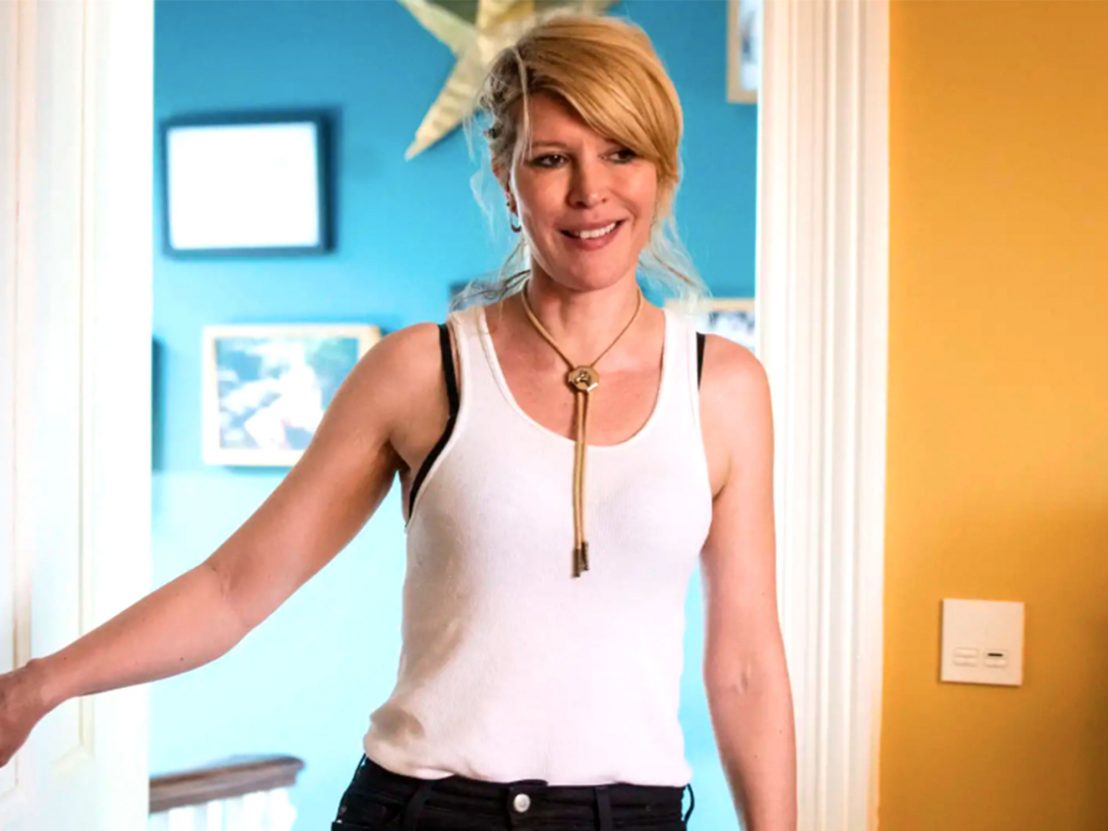 Those familiar with the peculiar school of Julia Davis’ comedy agree that her shows can feel as excruciatingly uncomfortable as watching a sex scene with your parents – even when you’re watching solo. She thrives on making her audience cringe through darkly comic scenes so subtly disgusting and weird they force you to hone the skill of avoiding eye contact with anyone sharing the space with you. Her characters unravel in fits of desperate human misery and ego, like the proverbial train wreck you simply cannot look away from – but in a strangely positive sense.

Davis’ latest exploration of a broken human psyche, Sally4Ever, is perhaps her greatest to date. Sexually depraved and at times difficult to watch – not only through vicarious embarrassment but due to visuals so perverse they’re even surprising for an HBO associated series – the show delves deep into the characters’ need to be loved, desired and admired at all costs.

It follows Sally (Catherine Shepherd), who is stuck in a loveless relationship with David (Alex Macqueen). This couple epitomises every possible turn-off you might associate with a long-term union – from leisurely toe-nail-clipping sessions on the living room coffee table to the worst possible approaches to foreplay, leaving even the viewer feeling desert-dry and physically repulsed.

When Sally meets the mysterious and free-spirited Emma (Davis herself) on an uncharacteristic night out in a dingy nightclub, she is intrigued by her oozing sexuality and promptly starts an affair with her. Emma opens Sally up to sexual experiences she never imagined in her wildest fantasies, but her meek personality stops her from voicing her own wants, desires and, most importantly of all, boundaries – and Emma knows all too well how to exploit these weaknesses.

Emma is a master manipulator whose sexual appetite and relentless insisting are at times horrifying. Before long, she has moved into Sally’s place, decorated it to her own liking – complete with pink, flashing fairy lights and a large nude portrait of herself squatting over a teddy-bear – seemingly oblivious to Sally’s growing but submissive irritability. She has no filter and is utterly unaware of the discomfort she causes in others.

Emma inserts herself in the most intimate areas of Sally’s life with an unbridled authority which at first is mistaken for an obsessive kind of love. The biggest threat to Emma throughout the series is Nigel, Sally’s real love interest (played by Davis’ husband, Julian Barratt). Their on-screen dynamic is thrilling to watch as they play off of each other’s contrasting intensities in a way that feels authentic no matter how small or flippant the scene.

The sinister harmony of Davis’ shows relies heavily on its secondary characters, but in the case of Sally4Ever they’re all protagonists in their own rights. Their appearances may be fleeting, but these characters and their micro-storylines are so powerful and absurd, they are every bit as memorable as Sally and Emma’s relationship.

The first few minutes of Sally4Eva tricks the viewer into relaxing into what – at least visually – appears to be a relatively normal show. None of the characters look especially outlandish; the backdrops are perfectly mundane. As it unfolds, however, the show sucks you into a world of disturbed, self-obsessed and genuinely unpleasant people. You have entered the kingdom of pitch-black comedy and, as long as Julia Davis continues to reign, you will never feel the light.