How Rob Zombie put his own spin on a television classic

The horror director turns his attention to comedy and romance with his prequel version of The Munsters. 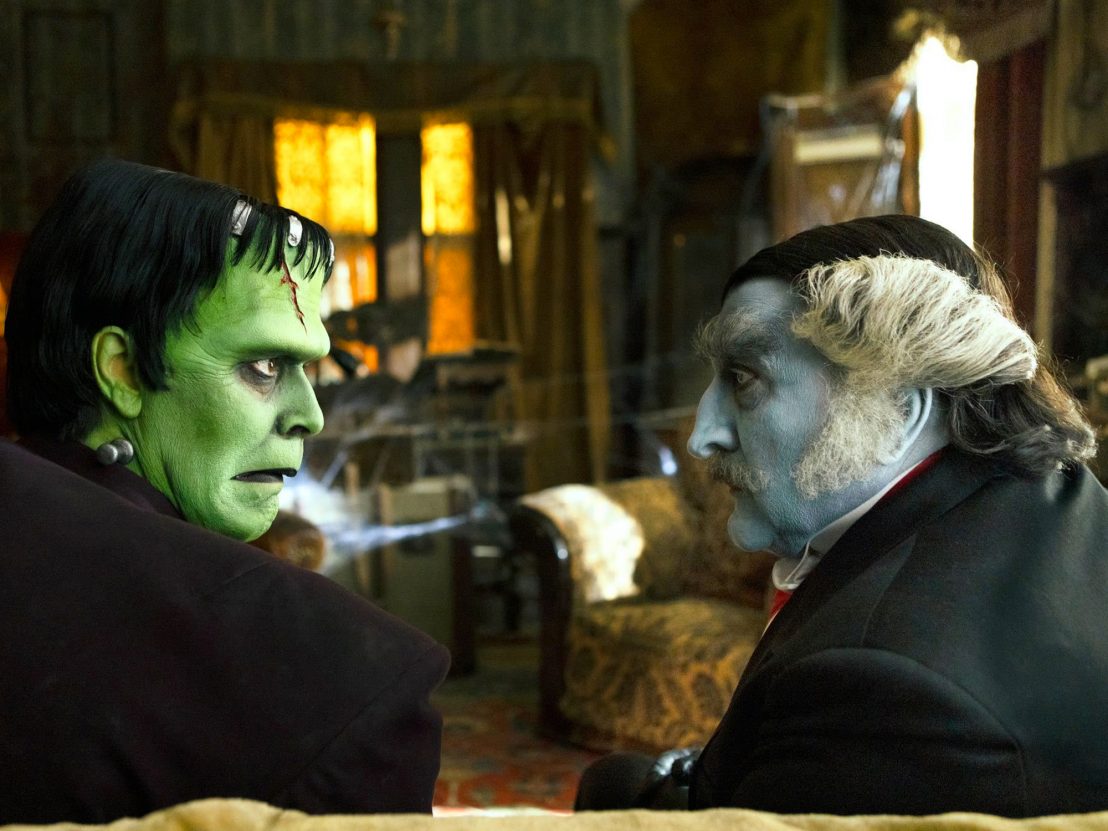 Rob Zombie’s The Munsters harks back to a period in American televisual history – the mid-1960s – when, to match countercultural attitudes that were emerging on America’s streets, there was an efflorescence of popular comic series that subverted the received values of the times.

Over three live-action series from 1966 on ABC, William Dozier let a live-action Batman (played with hammy deadpan by Adam West) hilariously attempt to maintain order in a world of psychedelic colours, campish sensibilities and the ever-undermining power of irony – and before that, not one but two rival shows decentred the normies and squares while privileging the freaks: David Levy’s The Addams Family (1964-66) for ABC, and Allan Burns and Christ Hayward’s The Munsters (1964-66) for CBS.

Both these shows took a typical sitcom format (indeed The Munsters came from the producers behind CBS’ Leave It To Beaver), but focused on a family of gothic denizens who try to fit into – and are often horrified by – the conventions and mores of contemporary American society where they have decided to make their home and castle.

Both shows also derived their basic premise from Charles Addams’ cartoons for The New Yorker (1938-1964), but where the characters in The Addams Family were lifted straight from the cartoons, the members of the Munster family were modelled more directly on the ‘Universal’ monsters – a vampire, Frankenstein’s monster, a werewolf, a fish ‘creature’.

Over the passing decades since these shows first aired, The Addams Family may have left more of a cultural imprint, not least because of its reimagining in Barry Sonnenfeld’s features The Addams Family and The Addams Family Values and the recent Netflix spinoff series Wednesday – but during their original television runs, The Munsters was the more popular show, with higher Nielsen ratings. Until it started haemorrhaging viewers to Batman, it was huge.

That was then, this is now – although it is important to note how obsessed Zombie’s feature is with the Sixties. Where other recent reboots of TV series – like Betty Thomas’ The Brady Bunch Movie, Raja Gosnell’s Scooby-Doo, and Phil Lord and Christopher Miller’s 21 Jump Street – have taken a postmodern approach to their source materials, Zombie remains painstakingly true to the original and makes no attempt to update it, in what is more affectionate recreation than satirical pastiche. 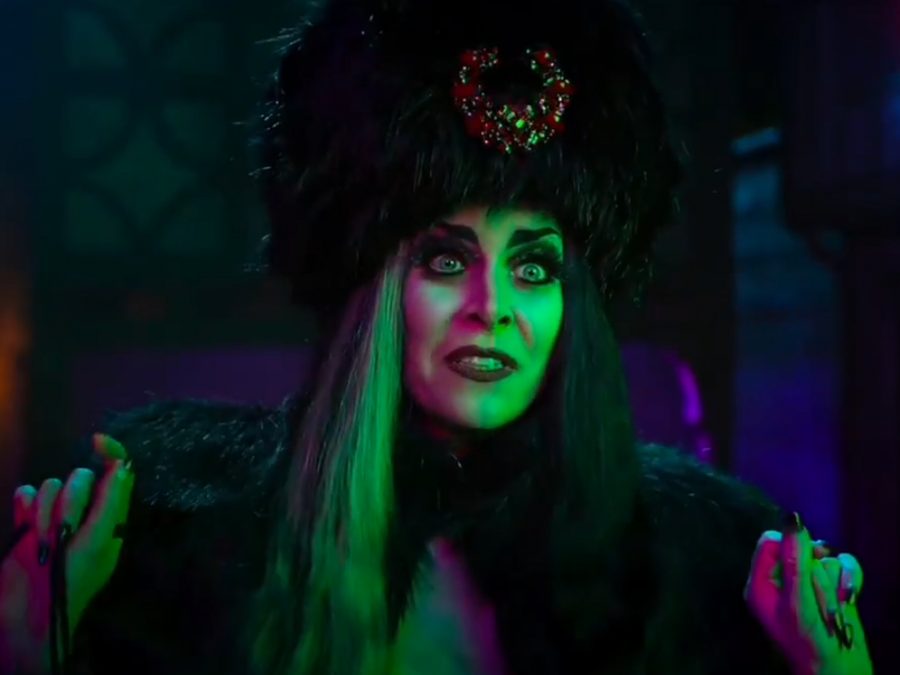 What is new here is the film’s prequel status. Where Grandpa in the TV series often reminisced fondly of his old days back in Transylvania, that is where this origin story begins, as the Count (Daniel Roebuck) – not yet a grandfather – tries to marry his daughter Lily (Sheri Moon Zombie) off to the rat-fixated Orlock (Richard Brake) of Nosferatu fame, only to see her instead falling madly in love with new(ly made) kid on the block Herman (Jeff Daniel Phillips), whose trusting naïveté eventually leads to them losing the family castle and having to seek new fortune in America.Τhere, together with their man/bat servant Igor (Sylvester McCoy), they move into a dilapidated old mansion in Mockingbird Heights

Herman is a Frankenstein’s monster reanimated by mad scientist Dr. Wolfgang (also Brake) from the stitched-together parts of various zombies and cadavers – but Wolfgang’s numb-skulled assistant Floop (Jorge Garcia), sent to get the brain of recently deceased genius astrophysicist Shelly Von Rathbone, instead snatches the cerebellum of the Shelly’ brother Shecky, a terrible stand-up comedian, and so Herman, with his love for public performance, his endless repertoire of awful dad jokes and his general idiocy, is as disappointing a son to his father Wolfgang as to his father-in-law-to-be the Count.

The irony here is that, while the Count sees Herman only as a moronic clown, the old vamp is himself allied by his grumbling schtick to a Borscht Belt comedian – and indeed Roebuck has a dual role in the film, also briefly playing actual comedian Ezra Mosher (seen on a television variety show). “This is just a bunch of cornball hooey!”, complains the Count – and while he is not wrong, he himself is making a considerable contribution to the hokiness of it all.

“It’s a freakshow out there!”, Herman will exclaim, once he has seen the horrors of American suburbia in the cold light of day. “Everyone can’t be as fortunate as us,” Lily will reassure him, both exploiting and inverting the sort of homely bromides that pepper situation comedies, “It’s what’s inside a person that counts.” What’s inside Herman, of course, is an assortment of parts pilfered from multiple corpses – but his undoubted ingenuousness and big-heartedness are rewarded with karmic good fortune.

Meanwhile at the very heart of The Munsters is the relationship between Herman and Lily – and a romance to rival that of Gomez and Morticia Addams, both ever swooning and ever solid amid all the surreal ambient chaos in either Transylvania or under the Hollywood sign. In casting Sheri Moon Zombie in a principal part here, as he has in all his films, and in showing Lily’s meet-cute with an outsider musician and their subsequent happy marriage against all odds and naysayers, Zombie has sent a love letter not just to a near-forgotten TV series, but to his own wife, refashioning the original Munsters as their own freakish love story in a conservative America whose values they parody. This is the couple – both couples – being and doing what they love, and it would take a genuine monster to criticise them too harshly for this. Just do not expect any of the excess or depravity associated with Zombie’s other films, as this truly is a family affair.

The Munsters is released on Collector’s Edition DVD and Blu-ray by Mediumrare Entertainment on 9th January 2023. 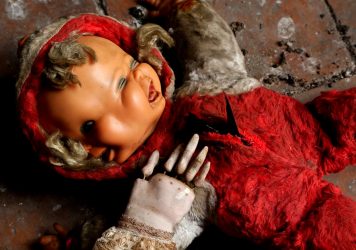 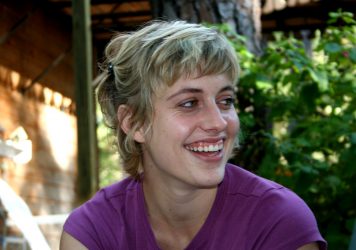 Discover the indie horror comedy that made ‘mumblegore’ happen

The Duplass brothers’ Baghead, starring Greta Gerwig in one of her first screen roles, is a charming love letter to DIY filmmaking.