Only Angels Have Wings gets a long overdue home release

Howard Hawks’ 1939 classic is finally available on Blu-ray courtesy of the Criterion Collection. 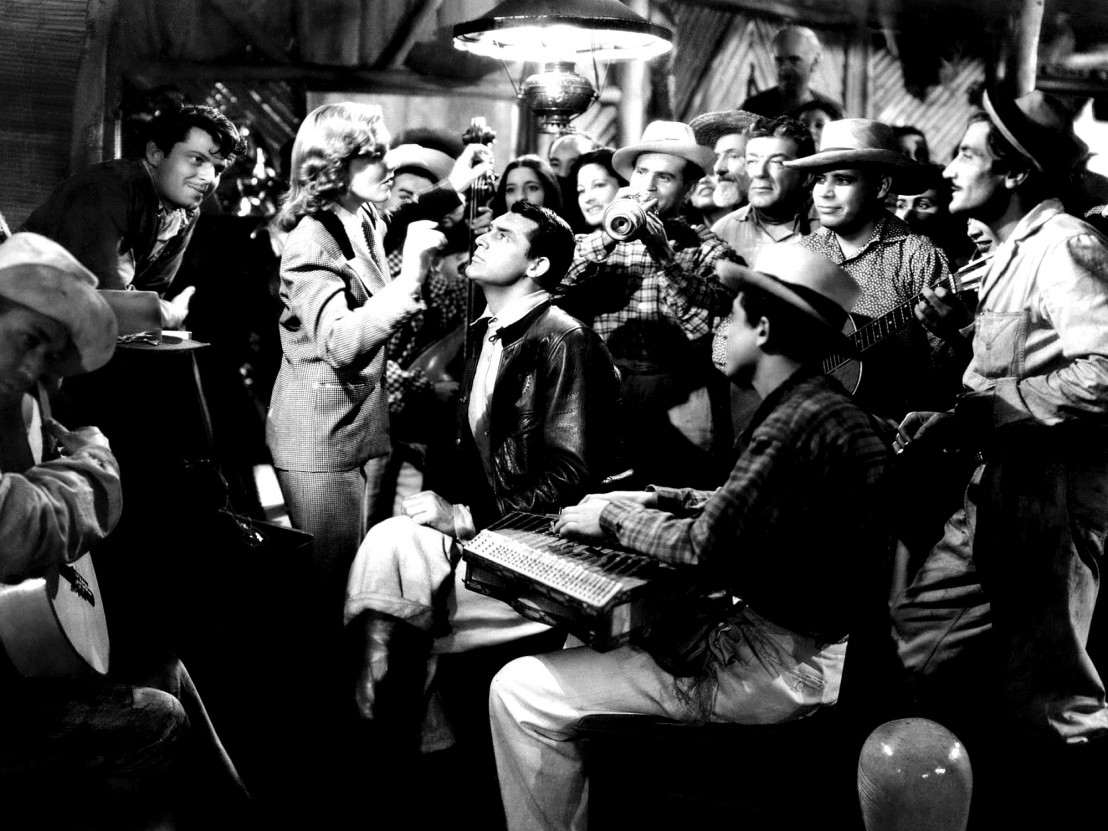 A pilot in World War One who also dabbled in race car driving, Howard Hawks was a thrill seeker who liked making movies that invited the viewer into adventure with a group of friends or a team, the ultimate purveyor of on-screen camaraderie. Only Angels Have Wings is one of the standouts of his impressive career, but also one of his most sobering films. With a frank attitude towards death and a romantic yet melancholy view of life on the edge, it’s an existentially tough work of blunt philosophy.

The story follows a young woman named Bonnie (Jean Arthur) who lands in Barranca in South America and winds up at a bar with a couple of Americans. It turns out they’re pilots risking their lives on daily basis working for an airmail company. The boss is Geoff Carter, played by Cary Grant at his most firm and stalwart. After some fun Hawksian hanging out, things get real when Geoff sends Joe, one of the fellas talking up Bonnie, up into the air in some less than ideal weather. He doesn’t make it back alive, crashing just off the landing strip. The reaction to his death by Geoff and co (including Thomas Mitchell’s faithful “Kid” Dabb, Geoff’s right hand) is not what Bonnie would expect.

Eating, drinking and general antics continue in the bar as if nothing happened. As Hawks himself describes in an invaluable audio excerpt from an interview with Peter Bogdanovich, when men are living in a dangerous situation, they can’t “sit around moaning or they’d be moaning all the time.” Behind the harshness of their behaviour lies a sense of solidarity. As Bonnie begins to fall for Geoff, she slowly begins to understand their way of life.

Taking place mostly in the saloon that Geoff runs the company out of, the film creates a vivid sense of of the lifestyle of these daredevil pilots. The inside is a place of coming together, bonding, forgetting the world outside. Right outside the bar is the landing strip, always filmed separate from the interior as a separate world, one of near certain death, an abyss that only these men are brave enough to navigate. Twice in key moments Bonnie is filmed facing the landing strip, framed by the doorway of the saloon, gazing at the bewildering world of danger Geoff chooses to live in.

Hawks skillfully creates an ensemble of relationships that intersect with electric undertones of desire, love, respect, and admiration. Though not as purely entertaining as Rio Bravo or any of his comedies, Only Angels Have Wings is Hawks’ most moving film. Just issued by the Criterion Collection in the US and now one of the label’s first UK releases, the restoration is characteristically sublime. The supplements include the above interview, as well as an informative reading from David Thomson.

Hawks and His Aviation Movies is a rather dry interview/video piece that nevertheless offers some insider knowledge into Hawks’ filming of aerial footage and how he balanced shooting real flying with model work, and the methods of incorporating it all into the movie. A radio play adaptation of Only Angels Have Wings hosted by Cecil B DeMille is an intriguing curiosity but you’re best to stick with the film itself.

In Michael Sragow’s lively essay on the film included in the liner notes, he shares a wonderful quote from Hawks admirer and filmmaker Walter Hill on Only Angels Have Wings: “Here we are, a tight little group, and it’s dark out there, and ultimately we are alone, saved only by the grace of the human spirit: friendship, sex, courage…Wonderful film.”

Only Angels Have Wings is available via the Criterion Collection.