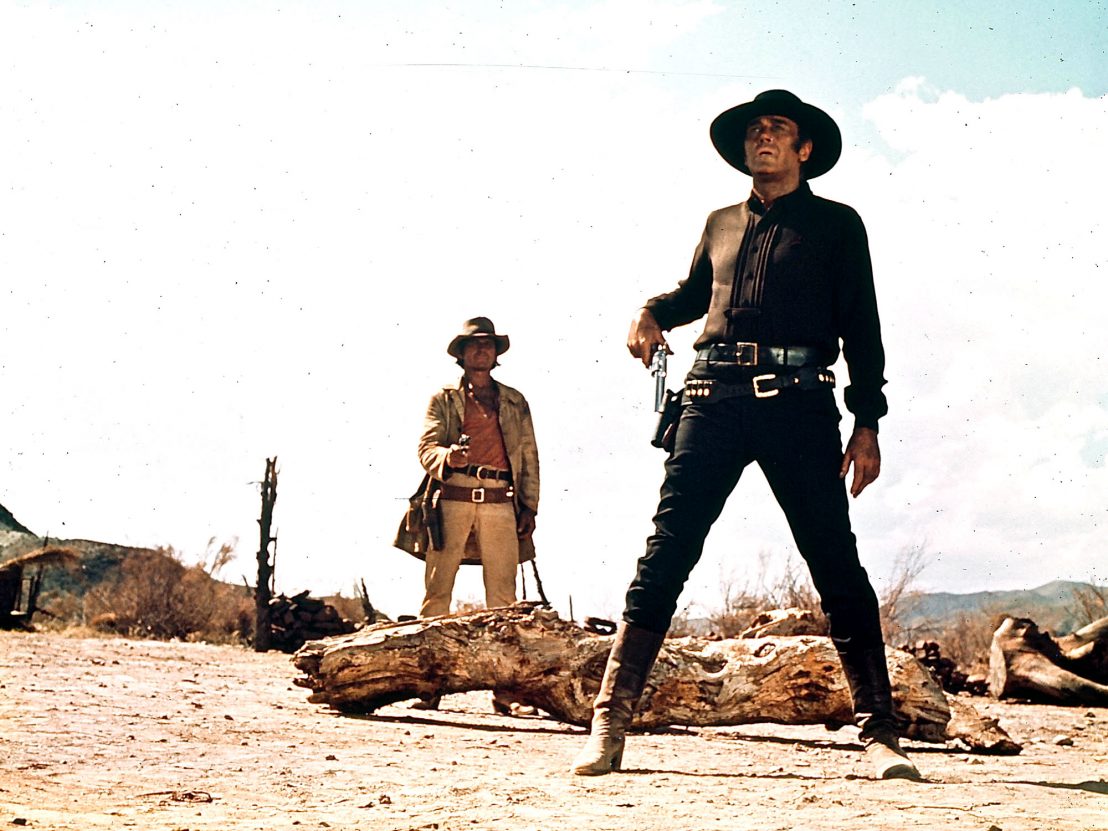 Earlier this year The Atlantic launched a series of articles entitled ‘1968 and the making of Modern America’. The aim of its writers is to identify that year as “a momentous year in American history,” and to make a case for 1968 being the starting point of the contemporary society in which we live today.

Such demarcation is of course largely arbitrary, but it’s true that exactly half a century ago the Western world – not just America – appeared to be on the cusp of a sea change. Workers’ strikes and student protests in cities from Paris to Prague, the emboldening of civil rights and feminist movements, and general anomie and disillusionment among the younger generations saw the emergence of a liberal countercultural force bringing with them sense that the old, mainly capitalist, status quo was on its way out.

It was during this year that Sergio Leone was making Once Upon a Time in the West. To what extent the director was explicitly influenced by this period sociopolitical upheaval is a matter of speculation, but the film is undoubtedly a product of its time. The original Italian title of this sweeping epic, C’era una volta il West, gives us a sense of what the film’s main concern is – “una volta” may literally mean “one time”, but a “volta”, especially in the context of writing or music, specifically refers to a “turning point”. In short, it is a film about change. And what Leone presents us with is a tale in which the past makes way for “modernity”.

Set in the Arizona desert of the 19th century, the plot revolves around the construction of a railway track being built across the plains to the pacific coast by transport mogul Mr Morton (Gabriele Ferzetti). Working for him is Frank (Henry Fonda), a sparkling-eyed killer who terrorises everyone opposed to his industrialist boss’ expansionist aims. In one scene transition the smoke from Frank’s freshly fired gun turns into the smoke billowing from atop a train – a visual metaphor used by the famously Marxist Leone to suggest that unbridled capitalist greed is tantamount to murder.

Resistance to these bygone, violent means of achieving ostensible progress comes in the form of Jill (Claudia Carindale). A one-time prostitute from New Orleans she arrives in Arizona to find that her husband (and his children) has been murdered by Frank for his valuable land. And while it may be a little revisionist to call her a feminist character, she is an unwaveringly strong figure, uncowed by bravado and intimidation. She symbolises a beautiful, civilised future in the middle of a dying, arid men’s world.

The decay of an old guard is as much part of the theme of change as the emergence of a new one. Leone’s film is shrouded by death, both actual and conceptual. The men from Frank, to Charles Bronson’s nameless, leather-faced, harmonica-playing gunman with a score to settle, and Jason Robards’ loveable rogue, Cheyenne, are all, as the former says near the end, part of “an ancient race”. A race populated by heroes and villains where each knows his role. They are all out on a last-hurrah here.

Frank knows that his attempt to take over Morton’s empire is insincere: he is an outlaw, not a modern businessman. Bronson, playing a mournful tune everywhere he goes knows that once he gets the revenge he craves he’ll have no place in the world. He and Fonda brandish self-aware smirks throughout the film; they are two men with nothing to lose, united by their impending irrelevance.

Once Upon a Time in the West was also a farewell of sorts from Leone to the genre by which he made his name (though he made one more western, Duck, You Sucker in 1971). By including numerous direct pastiches of classics from High Noon (the slow burning introduction sees three men waiting for a train) to The Last Sunset (the final duel), Leone suggests that the western has reached its apex. Like its characters, the genre, with its reliance on hyper-masculine characters, well-trodden conventions and histrionic levels of tension, didn’t have a place in the future of cinema in its current format.

But what better eulogy for the western could one imagine? Leone may have indulged the odd cliche – the spooked crickets foreshadowing danger, the creaking weather vane – but few can rival his mastery of the interplay of sound and silence, of inertia and crescendos of action, of humour and dread, of sweeping vistas and claustrophobic close-ups, all present in the astonishing opening scene alone. He also brings out some career-best performances from his all-star cast, especially from Henry Fonda, who despite having been one of Hollywood’s bankable heroes, is transformed so convincingly into one of cinema’s most truly malevolent figures. Elsewhere, Ennio Morricone’s haunting harmonica and guitar led score is a piece of art of its own accord.

Leone may have foreseen the end of the appeal of the western, but 50 years on, Once Upon a Time in the West still feels relevant. Maybe that’s because the world hasn’t really moved on from where it was in 1968. Despite obvious technological advancements we’re still in an age where we’re trying to enact real social progress and break down outdated practices, policies and beliefs. Watching Leone’s film today galvanises our belief that we’re on the cusp of change, but it also reminds us that we’ve been here for half a century.