On Location: The church ruins from The Blood on Satan’s Claw

Adam Scovell visits the scene of one of the most disturbing moments in the history of British horror cinema. 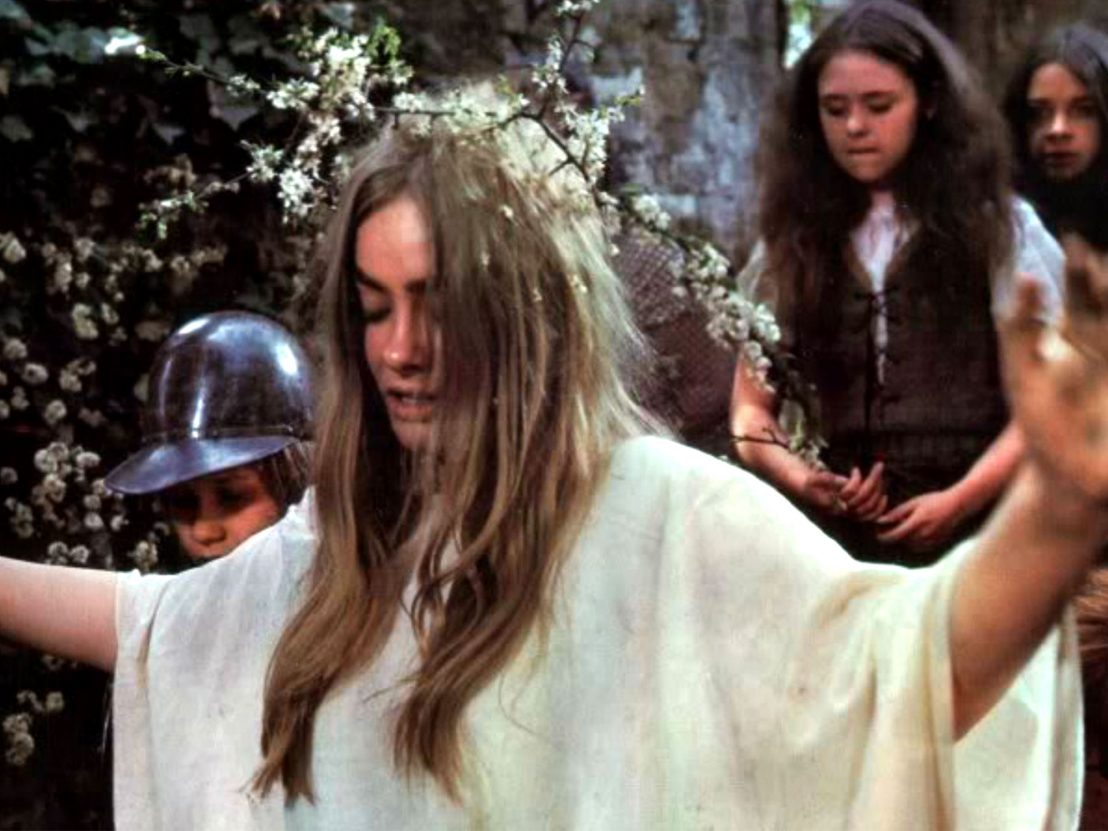 “Speak now, come now, rise now from the forest, from the furrows, from the fields and live!” So goes the mantra of the cult in Piers Haggard’s 1971 horror, The Blood on Satan’s Claw. It’s an essential underpinning for the whole film’s aesthetic as its rural setting is pivotal to its narrative; both in terms of its isolation and its sense of evil unearthed from the sickly soil. Whether through beautiful forests in spring or muddy fields in winter, Haggard’s film is deeply grounded in the British landscape, tapping into the historical and cultural traumas interred within.

The Blood on Satan’s Claw follows the unfolding chaos after a segment of the Devil is unearthed in a field by ploughman Ralph Gower (Barry Andrews). The small country community become afflicted with occult madness as The Devil slowly begins to grow parts of his skin on the youth of the village. Led by Angel Blake (Linda Hayden), a small cult of young followers form, becoming violent and possessed. The fate of the village lies in the hands of The Judge (Patrick Wymark) who must decide what terrible actions are required to stop the uprising. But how far will he go in destroying the evil that has been allowed to fester?

At the heart of the film’s various locations is the ruin of a church, an appropriate image for a film about the reincarnation of the Devil. Though the fiendish creature is initially dug up from the ground, it is this ruin which is really at the heart of the film’s horror and certainly where some of its most disturbing scenes take place. The Devil lurks in the ruins of failing faith and his young followers equally reside there, reminding in the most unusual way of the similar tactics of real life cults from the film’s era, especially of Charles Manson’s “Family” and their isolated Barker Ranch. Haggard makes this seemingly picturesque locale and the surrounding forests feel malevolent, even when the film’s weather warms up and the buds begin to flower. 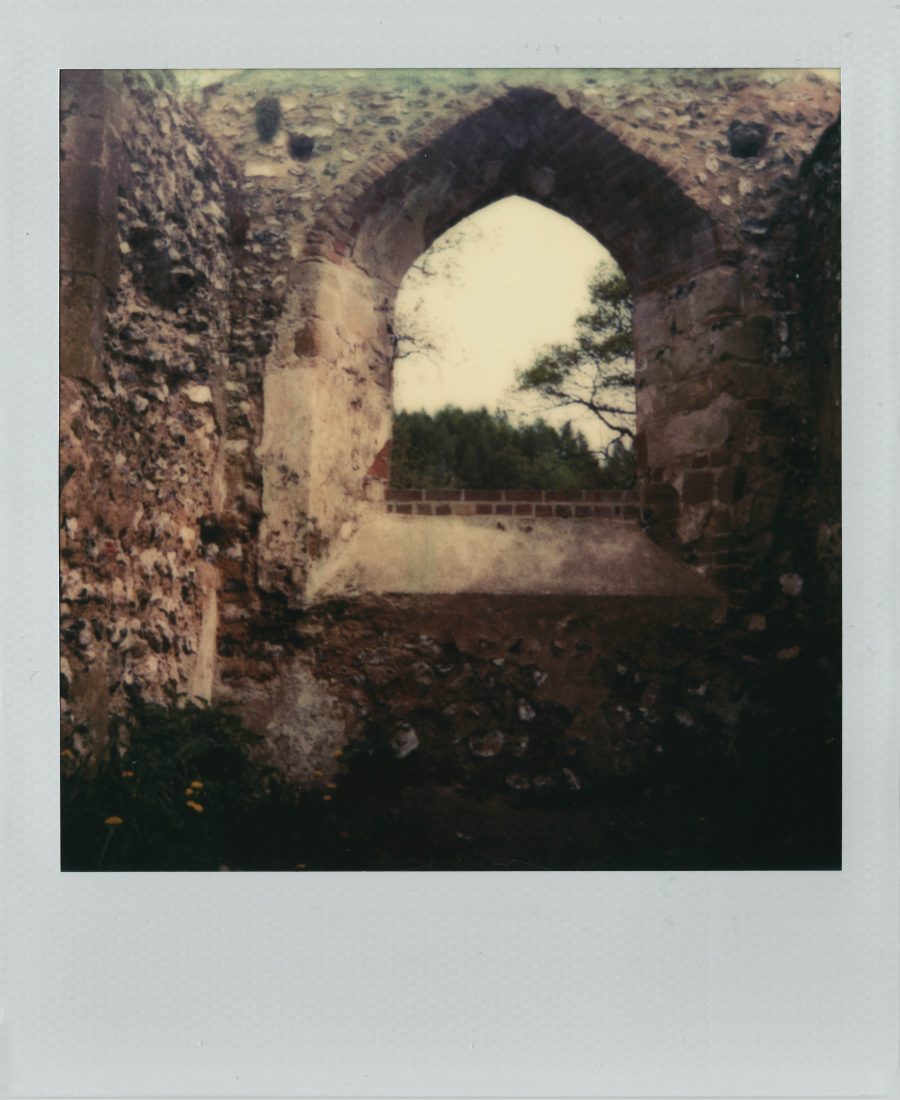 Perhaps most startling is the ruin’s role in the film’s central, disturbing scene. Cathy (Wendy Padbury) – a young servant girl from the village – is taken to the ruin in a bizarre and cruel ritual in order to have her portion of Devil’s skin cut off. The scene begins with being dragged through the forest by rope, the group tricking her into playing a terrible game.

She is led to the ruin where the Devil’s followers begin the ritual, involving the ceremonial brandishing of flowers before Cathy is violently raped and eventually killed. Her screams echo through the hills where Ralph is trying desperately to find her. The ruin is marked by such violence and it is tellingly the final meeting place of the cult and the fire-brandishing villagers led by the sword wielding judge later in the film.

The ruin used is the St. James’ Old Church in Bix Bottom, a small smattering of houses and farms huddled in the steep hills of the Chilterns between Oxford and Reading. The Norman church was left to decay in the mid 1800s after a new parish was constructed much closer to the main bulk of the area’s houses, leaving an atmospheric and incredibly old church to slowly return to the ground. The walls fell into severe disrepair and the building has not long had an array of scaffolding removed for work to save the outer architecture from total collapse. Thanks to this work though, we still have the ruin though visiting it showed much to have changed since Haggard’s film. 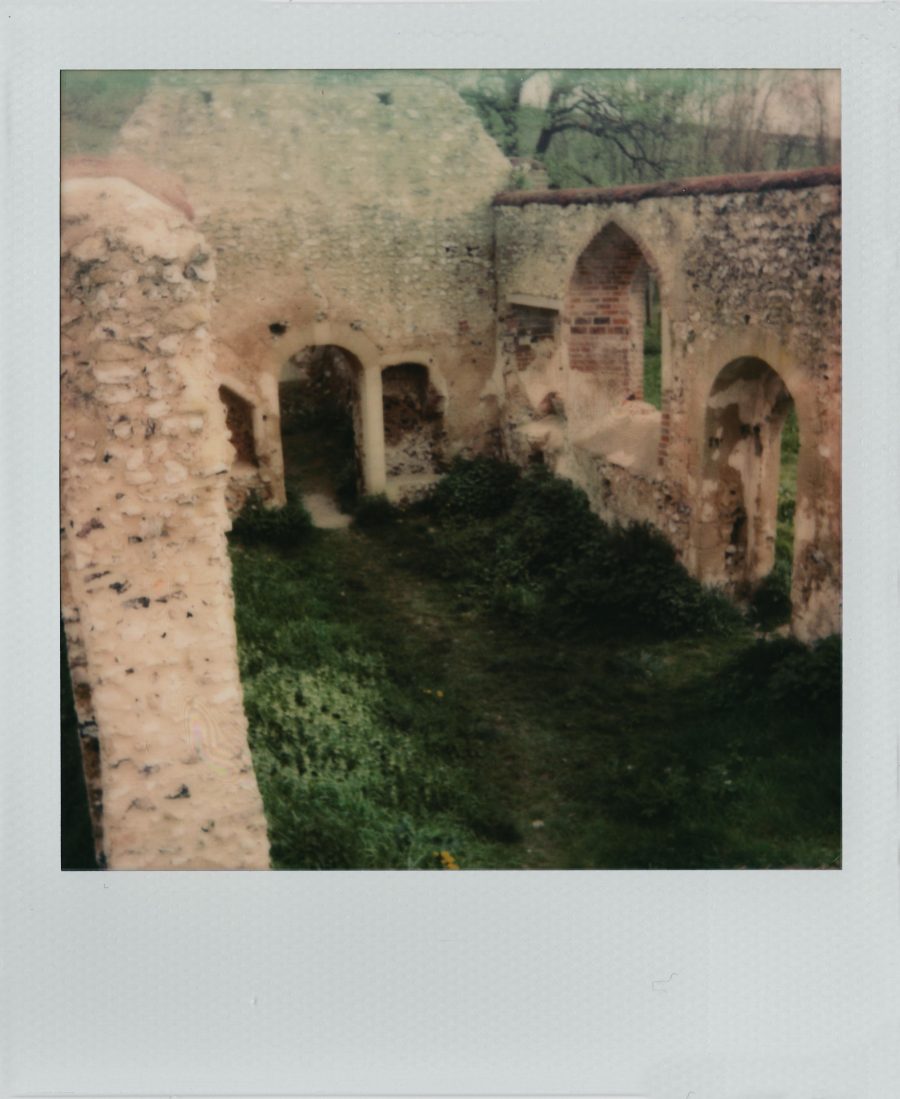 Finding Bix Bottom required a long and tiring journey. Catching a train out of London to Henley-On-Thames, I walked the four or so miles from the town through to the countryside in search of the location. Soon the roads emptied, walls became thick forest and the land became steep hillsides farmed just as in the film. Eventually the ruin of St James’ Old Church came into view, tucked into a small clump of trees at the side of a country road.

Unlike when seen in Haggard’s film, the whole site is tidy. The forest at the back has gone, as has the wealth of undergrowth which provided much of the location’s flavour. Yet the place is still undeniably eerie. Even with the sun bright and the breeze warm, there was a sense of trespass and the constant feeling of being watched. The only company on the day were the crows and the red kites bickering in the air.

Waiting for the photographs to develop, I wandered further along the lane to Pages Farm where the main house and several of the fields from the film are shot too. An angry dog greeted me as a couple sat loudly in the garden discussing mortgages. Soon, I wandered back to the ruin for a final taste of its strange atmosphere. The Polaroids had caught its unusual architecture and its permanent views of branch and field. But, in spite of its picturesque qualities, I could not help but wonder what forgotten horrors had lurked around these parts in years gone by, waiting to be unearthed once more.