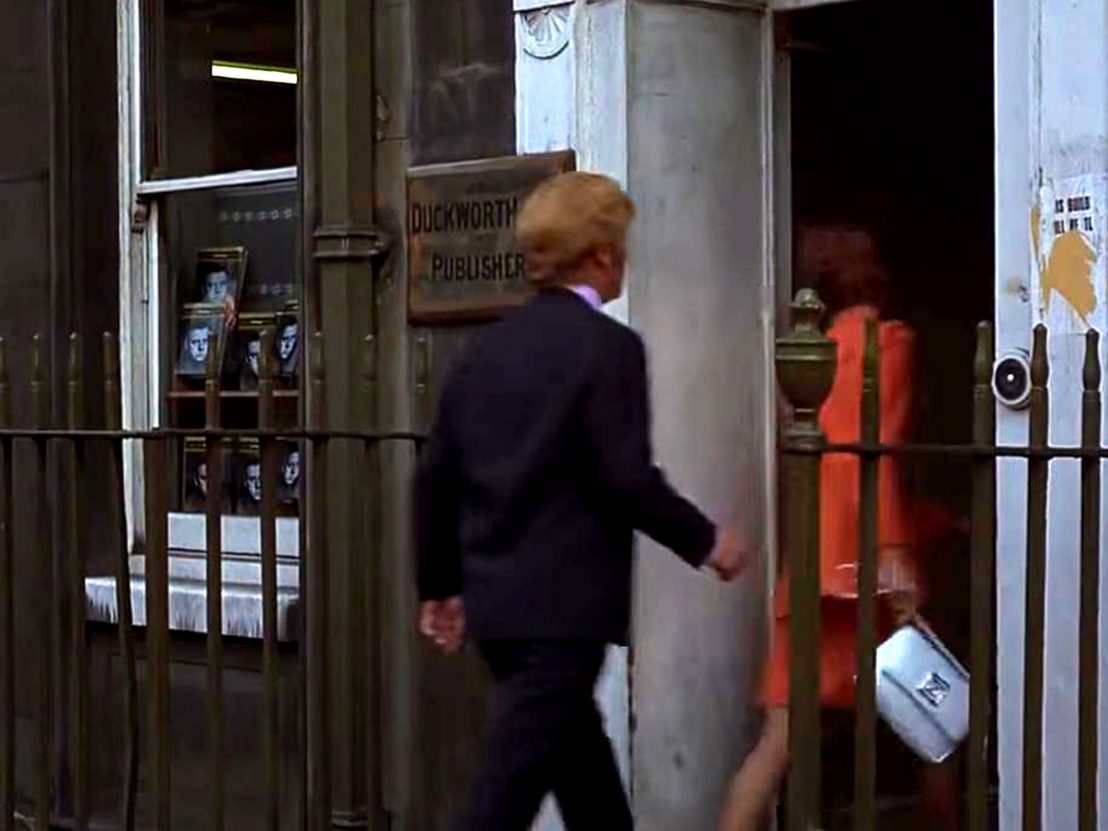 Even by his own macabre standards, Alfred Hitchcock surpassed himself in his penultimate feature, Frenzy. Marking a sense of homecoming for the director, the film’s dark London setting renders the film as one of his most shocking and unforgiving. There’s a disturbing sense of recognition throughout due in part to Hitchcock’s use of some very recognisable locations, albeit when central London was a place of markets and industry. The very character of the city comes to haunt Frenzy, as if its sheer grimy opulence and messiness aids the vicious crimes committed by its chief villain.

In the film, the swinging optimism that gripped the city in the previous decade has dissolved into nihilism as the streets are plagued by a spate of sex murders, the killer’s signature being strangulation by necktie. The sexual revolution combined with the patriarchy has formed a social, psychotic monstrosity.

We follow Richard (Jon Finch), a down-and-out ex-serviceman who appears at first to match the killer’s description and behaviour. When his ex-wife Brenda (Barbara Leigh-Hunt) is found dead moments after Richard was spotted visiting her, the man is forced to go on the run through the gutters of London. How long will it be before the police catch him or, more importantly, before the real killer cannot resist his urges and strikes again?

In the opening shot, Hitchcock uses London for a magnificently underhand ploy. A helicopter shot slowly follows the Thames along through Tower Bridge, the docklands of the city still looking atmospheric but the music and a postcard mark in the corner marking it as a seemingly picturesque, pleasant film.

This turns sharply and shockingly towards the actual reality of the film within moments when the body of a naked woman is found floating in the river’s murky water. The city in Hitchcock’s film is vile but also breathing and excitedly alive. Every wall seems stained, crumbling or marked, the boozers and pubs are grim and filled with greasy drinkers, and the streets are littered with rubbish and lost souls.

It’s as unforgiving a portrait of the city as cinema has ever dared produce. Within this is essentially the crux to Hitchcock’s film and Anthony Schaffer’s script too. Some of its casual, light dialogue feels incredibly disturbing in today’s light but it aids the film, not least in that so many of the men on screen express the same sort of misogyny that they only perceive as legitimately manifesting as violence via the necktie murderer. As one character knowingly suggests, “All blokes are that sort of bloke…” Malice is on every street corner.

Filming extensively around Covent Garden when it was still a functioning market, Hitchcock was, in a way, revisiting his own personal experiences. Being the son of a greengrocer, he would have undoubtedly had experience of the market and its vibrant, bustling characters. Frenzy captures its last gasp before it was eventually moved to the other side of the Thames to Nine Elms only a few years later. Being at the centre of the film allows the director to sketch and create small dramas around the area, a place of transit and working people that is a far cry away from its status today as a square of luxury branded shops and tourist friendly street performers. 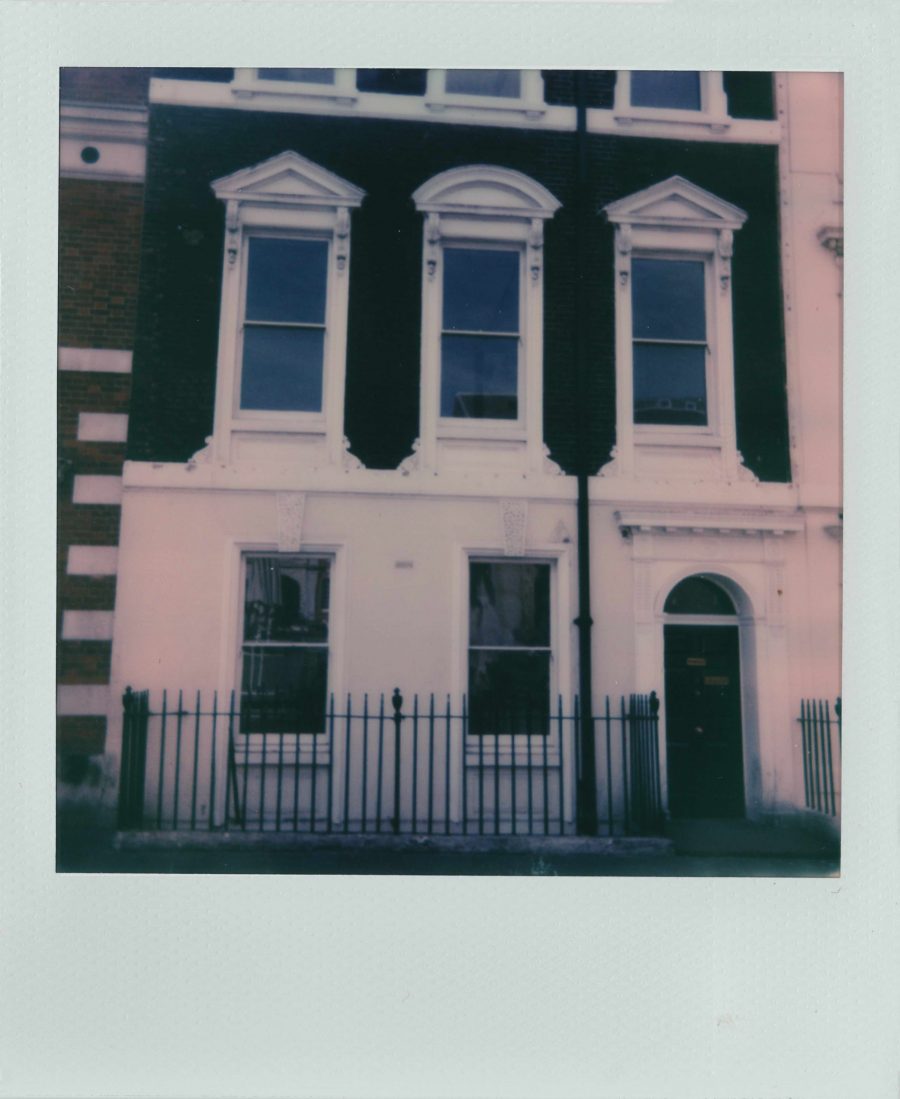 One scene from the countless uses of this setting stands out, perhaps ultimately as a last hurrah for the director’s innovative eye before his decidedly average final film, Family Plot. We see the real killer about to strike again, the pathos for the viewer unbearable as Richard’s only hope and true friend Babs (Anna Massey) is unsuspectingly lured into the killer’s flat. We instantly cut to a set showing the dingy building, following the pair upstairs.

Before we can follow them further, the camera tracks back down the stairs and out of the building. For a film that has some of Hitchcock’s most relentlessly voyeuristic, gratuitous scenes of the violence towards women, the decision to not show the killing reveals an unusual but refreshing reserve on the director’s part.

The camera continues on through the set until initially out of the doorway and a cleverly angled edit on the shoulders of a passing walker cuts to the real Covent Garden location. It’s a technique Hitchcock used throughout his career, from the travelling car shots of The 39 Steps to the various cuts that weave together seamlessly in Rope. The shot here adds to the sense built throughout the film that behind London’s closed doors is a quiet but endlessly lurid potential; that dark secrets are hiding almost in plain sight, masked unnervingly well by the everyday architecture and character of the city.

The house still stands today at 3 Henrietta Street, right on the corner of Covent Garden where once a hub of Victorian publishing houses sat alongside the market. The majority of the stalls have gone and the atmosphere has changed beyond recognition but the building is exactly as it was. Next door is a branch of the celebrity favoured restaurant, The Ivy, and even the building next door is now a luxury clothes shop.

In spite of this, there’s still something eerie about the building, ultimately because the director showed the possibility of something horrific lying in wait, even behind the most earnest and respectable of facades.