Discover the hallucinatory horrors of one man’s mental collapse 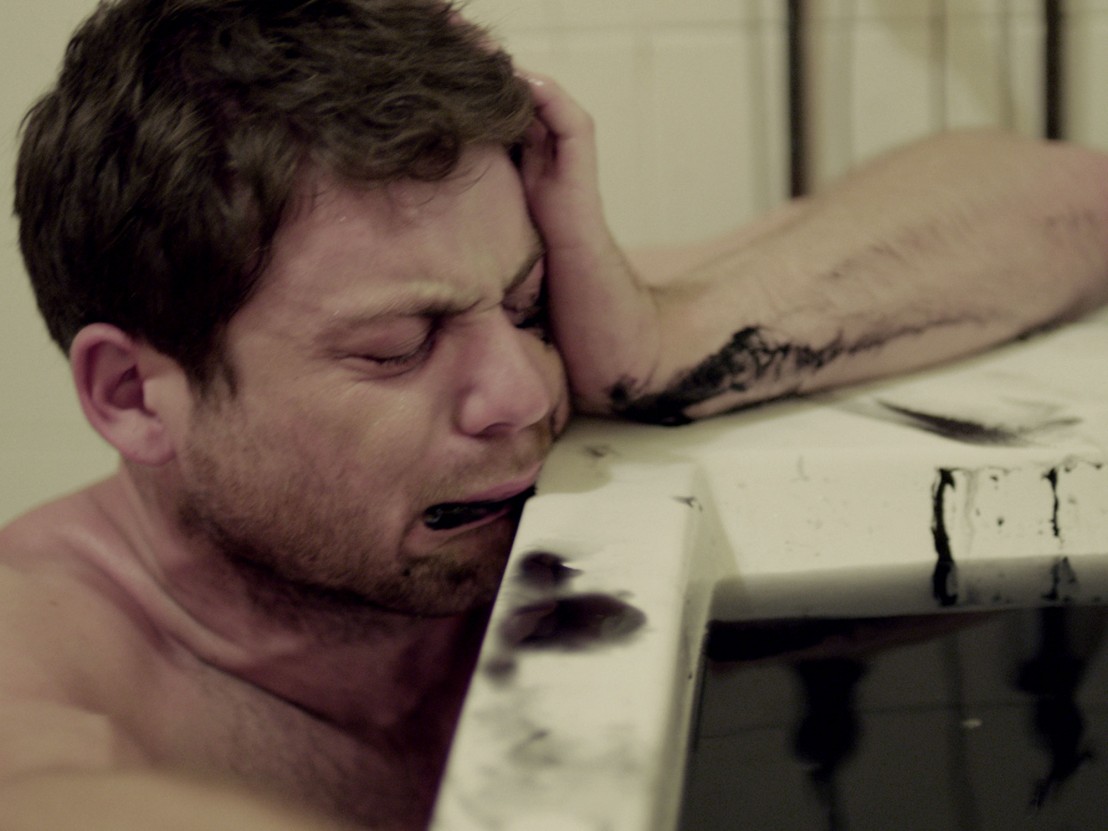 ‘Observance’ is an equivocal term, referring equally to acts of surveillance and of religious ritual – and in Joseph Sims-Dennett’s Observance, these two meanings merge into a fluid unity, as the boundaries break down between ‘mystery’ as both genre category and rite of silent passage.

“I’m thinking this job’s not what you’ve been saying it is,” complains Parker (Lindsay Farris) on the phone to his unseen employer. “I’m thinking you’ve been lying to me.” Parker is a man under immense strain, both emotional and financial. Not only is he living with the recent loss of his young son William (Gabriel Dunn) to illness, and a subsequent separation from his wife, but he also has to pay off the hefty hospital bills from William’s last days – and so he has taken a well-paying assignment as a private eye. His task is to move into a dingy apartment and observe the movements of the young woman (Stephanie King) living across the street.

“Just watch and report back, it’s that simple,” Parker’s employer instructs him. Indeed, the assignment ought to be a sinecure, not least because Parker’s target never leaves her apartment, and seems only to argue with her well-heeled and forceful fiancé Bret Buchanan (Tom O’Sullivan). Yet while Parker watches and we watch him watching, the grieving man begins to unravel and to suspect, whether out of good detective work or pure paranoia, that he may have become a pawn – and an unwitting agent – in a diabolical game. As Parker’s dark memories seep into the very space he is occupying, and as a conspiracy appears to be unfolding around both Parker’s own past trauma and Bret’s peculiar family history, ambiguity washes over everything, and nothing looks simple anymore.

Cast adrift, like Parker, as vigilant investigators and recorders of proceedings only half-glimpsed and semi-understood, viewers are taken on a disorienting, hallucinatory trip through one man’s mental collapse – or is it one dynasty’s repeating ritual sacrifice? This uncertainty, filtered through Parker’s – and eventually the woman’s – own focalised bewilderment, engenders a sense of uncanny dread, as we too slip through the hermeneutic cracks in the film’s unstable architecture. Immaculately unsettling sound design – all overamplified drips and buzzes and washes of rumbling bass – only adds to the rising unease.

Parker’s rented apartment – plastered all over with newspaper, concealing hidden putrefaction and decay, oozing with strange dark fluids (the literal meaning of ‘melancholy’ is ‘black bile’) – becomes a physical representation of Parker’s fraught psychological state, as our protagonist gets locked into patterns of grief and loss that he cannot himself control, and from which there seems no escape. If Parker, his marriage on the rocks, is lost at sea, then his recollections and dream states keep returning him to a gloomy littoral borderland where waves endlessly buffet the hard sandstone. This liminal seashore setting might sound like a (mental) refuge from the claustrophobic confines of the apartment, but in fact the two contrasting locations gradually flow into one, as Parker finds himself, like the Buchanans’ previous employee Walter S Moore (played by the director), “gone fishing”.

Parker is from a broken family that consisted of himself, his wife and his son; he has bathroom visions of rotting female spectres; and events unwind, rather pointedly, on Overlook Street. All this points to The Shining as a key intertext for Observance, as though we were watching Kubrick’s 1980 film relocated to an anonymous American city and reimagined (mostly) from the father’s disintegrating perspective. Sims-Dennett’s slippery take on manipulation and madness ushers in a welcome return for the messy obfuscation and creepy indeterminacy formerly found in the neurotic cinema of the late ’60s and early ’70s. Here what is elided is as important as what appears on screen, and viewers are trusted to watch and compile their own reports, simple or otherwise.

Observance is released by Soda Pictures on DVD 10 October 2016. 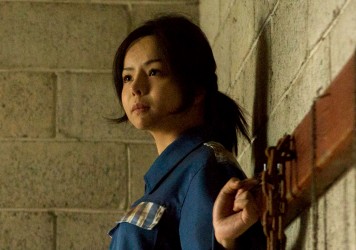