‘Is butter a carb?’ How Mean Girls became Meme Girls

Director Mark Waters on how his hit high school comedy turned into a font of gif-based rejoinders. 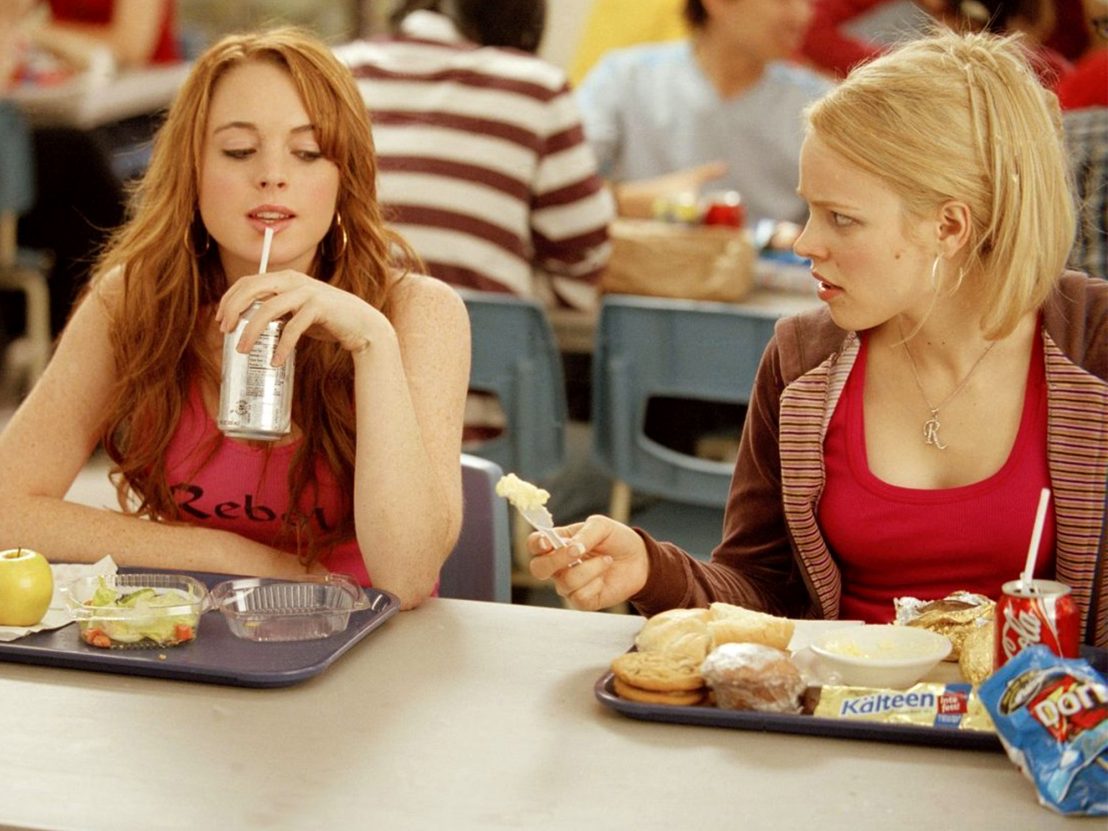 “Not everybody falls in love with a superhero, or gets stuck on a bus going 60 miles per hour, but everybody goes to high school.” Reflecting on Mean Girls 15 years on from its initial release, director Mark Waters has a pretty good idea why the film became so deeply ingrained in the public consciousness. For those of us who were at school when the film came out in 2004 – or in the years that followed, when social media was beginning to penetrate our brainstems – lines of dialogue such as “she doesn’t even go here” and “that’s so fetch” are now part of our lexicon.

Waters came to Mean Girls off the back of Disney’s 2003 remake of Freaky Friday, which facilitated the final stage of Lindsay Lohan’s ascent to stardom. Tina Fey, who wrote the screenplay, had been a Saturday Night Live mainstay since 1997, but likewise it was Mean Girls that made her a household name. It’s to Fey’s “generational talent” that Waters credits the film’s enduring quotability. “Tina is probably one of the greatest comedy writers of the 21st century,” he tells LWLies. Fey’s work on SNL was more like a “treadmill” of comedy, Waters notes, whereas Mean Girls allowed for jokes to be cut in and out throughout the production process – with most of it ultimately ending up on the cutting room floor.

Yet compared with other high school comedies of its ilk – think Heathers, Clueless, Easy A – none is more ubiquitous than Mean Girls. (Honestly, when was the last time you shaded someone on Twitter with a Clueless gif?) As Matthew Schimkowitz from Know Your Memes argues, “The difference between Clueless and Mean Girls really comes down to timing. In 2004 you’re just at the cusp of social media happening. You have a relative proximity between that movies initial release, its DVD release, and the explosion of social media, so it’s more fresh in the minds of users.”

So if this combination of factors planted the seed, how did Mean Girls ultimately blossom into memehood? Schimkowitz believes that Fey’s writing played a pivotal role. “Part of the film’s popularity could be due to the style of the writing, which is very much associated with Tina Fey’s one-linerdom: a lot of really short, snappy punchlines. Ten years ago everybody just quoted Anchorman,” Schimkowitz adds. “Now, with the advent of .gifs, you can just send a short picture of that moment, as opposed to just saying it to your friend. In that way, you don’t have to contextualise it in your mind. It’s right there for you.”

Waters agrees. “That’s what memes are perfect for – they’re gonna show you how I feel, or that I’m angry about something, or I’m gonna sound off. Mean Girls is a series of the perfect, delicious rejoinders that you wish you could come up with if you had the time. And somebody already wrote them for you!” It seems, then, that Mean Girls was always destined to become a staple of meme culture. If successful memes are built upon a platform of snappy, quotable retorts, what could work better in our tribalistic online world than “she doesn’t even go here”? Waters, Fey and the cast fell upon the right formula at the right time.

Of course, you could say the same of any popular movement: the internet is a tapestry of trends that seemingly come from nowhere, stick around for a while, and dissipate into data. The uniqueness of Mean Girls is that it’s stuck for so long. With that in mind, how regularly does Waters receive Mean Girls memes? “Oh, all the time. Because I directed it, anybody who comes across a Mean Girls meme that they clearly like – it ends up on my phone. I’m not really a meme person. I’ve actually created some before – I’ll send them to my wife as a joke. But I’m not an aficionado. You’d have to talk to my kids.”