Mark Cousins on The Story of Looking and his screen epiphanies

Ahead of the release of his new documentary, the director shares some of the film moments that have stayed with him. 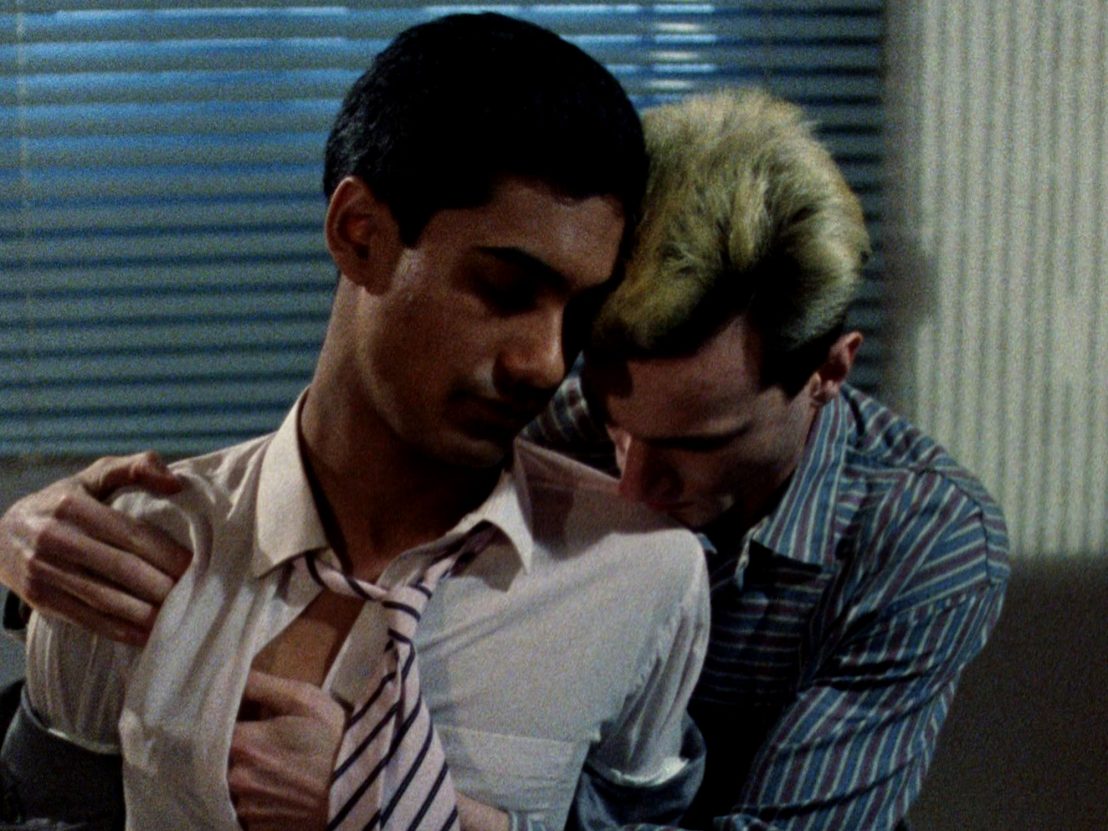 I recently made a film, The Story of Looking, about how I see. It got me thinking about the movies I’ve watched throughout my life, and which moments in them struck me as genuinely new. I love genre cinema as much as the next person and genre’s pleasures come from re-encountering familiar stories, styles, characters and actors. But what about the totally unfamiliar in cinema? When I ask myself what have been the visual epiphanies in my film life, what comes to mind?

The Ending of Abraham Polonsky’s Force of Evil

I saw this on the BBC as a teenager. Like other films, it had a story and characters but, as I watched, I could see extra heft. It was carrying more than it seemed. I now know that behind the film was a kind of political shadow and, in its ending, when John Garfield goes down steps, then down more and more, the extra emotion I felt came from a multiplier which I now know as metaphor. My young brain hadn’t yet encountered metaphor, but I could see that it wasn’t just John, in that descent on those steps. It was like a descent into hell.

The backroom kiss in My Beautiful Laundrette

Far right punk Johnny (Daniel Day Lewis) swigs fizzy wine, then dribbles it from his mouth to the mouth young British-Pakistani Omar (Gordon Warnecke) as part of a long kiss, dangerously near people who would greatly disapprove. I was 20 when I saw this and we were very under the cosh of Thatcherism. Most political films of the time were earnest, but this moment felt like Andy Warhol’s soup tins – pop art, transgressive, daringly in love with pleasure. It was a turning point for me, a kind of mockery. And sexy as fuck.

In some ways this Indian doc gave me the same kind of visual shock as My Beautiful Laundrette. By the time I saw it, in my late twenties, I had been directing for some years, and trying to reconcile my subjects – neo-Nazism, Gobrbachev, cities, the first Gulf war – with my yearning for form in cinema. Then I saw Kaul’s film which looked like it had been directed by Luchino Visconti. It had gorgeous craning shots and exquisite colour, and yet it was a non-fiction film. It seems obvious to me now that there’s no contradiction between documentary and visual beauty, but back then it was revelatory. It changed my filmmaking

The chalk scene in An Angel at My Table

By my mid-thirties, I’d been directing for quite a while. I was getting tired, working too hard and regularly jet lagged. For two years in a row, because of travelling for filming, I didn’t see autumn, my favourite season. I was unhappy and scared. One night I was in Sydney, Australia, re-watching An Angel at My Table in advance of interviewing Jane Campion for The Story of Film: A New Generation. Kerry Fox playing Janet Frame is at a blackboard in front of a class of kids. School examiners are watching her and she kind of freezes. Campion films close as Fox stares at a piece a chalk between her fingers. Then she runs and cries.

The next day I asked Campion what that scene was about. “It’s a panic attack”, she said, and I felt stupid. Of course it is, but I hadn’t clocked that. I was lost in the scene the way Kerry was lost in the chalk. I don’t think I’d seen a panic attack on screen before, or at least rendered in that way, as a kind of numbness.

As I’ve made a film about Holocaust denial and am very interested in how movies portray atrocity, I thought I’d seen most of the great films about Auschwitz-Birkenau, but then I saw this movie. Jakubowska was incarcerated in Auschwitz and then, just a year after liberation, she was back there, directing this remarkable fiction film in the camp. In The Story of Looking, I use a photo of German Hitler-supporting citizens turning their heads away from piles of dead bodies in Buchenwald and covering their eyes. It’s in a sequence about not looking, and why we wouldn’t look. Jakubowska’s film is an astonishing piece of painful looking.

The grave of Ana Mariscal

The Last Stage reminded me, again, that some of the best things in film history are unseen or under remembered. The same goes for the career of Ana Mariscal. A movie star in Spanish and Argentine films for nearly 50 years, she also directed 10 films. A few years ago I was in a cinematheque in Spain, and asked the audience how many people had seen the films she directed. No one had.

I said that I was going to her grave the next day and invited people to join me. Only one guy did. It was hard to find where she was buried, and the headstone carried no reference to her career. She didn’t entirely separate herself from Franco’s ideas, but she did lots of great cinema and was reminiscent of Maureen O’Hara. The image of her grave is seared in my head.

I saw this in Cannes. It made me feel that cinema had been renewed. Makhmalbaf was in her teens when she made it, yet the way she told the story of two girls being imprisoned at home for 11 years using the actual girls to re-enact the events buzzed for me. The film was a like a beehive. Fellow Iranian Abbas Kiarostami had used similar filmic ventriloquisms, but Makhmalbaf’s determination not to judge the parents for such an appalling confinement shocked and excited me.

My new film is about those shocks and excitements. It says that, despite all the problems of seeing, looking has regularly renewed my life. Russian writer Viktor Shklovsky had an idea called ostranenie, the “de-automising of perception.” He meant the desire not just to see what you expect to see. He wanted to destabilise looking so that the unfamiliar can find a way in.

Wow. I’d like to do that. During the making of The Story of Looking, I had a bad cataract removed, and we filmed this.

The Story of Looking is released in the UK & Ireland on 17 September via Modern Films.