Costume designer Marilyn Vance looks back over her remarkable career in the movies. 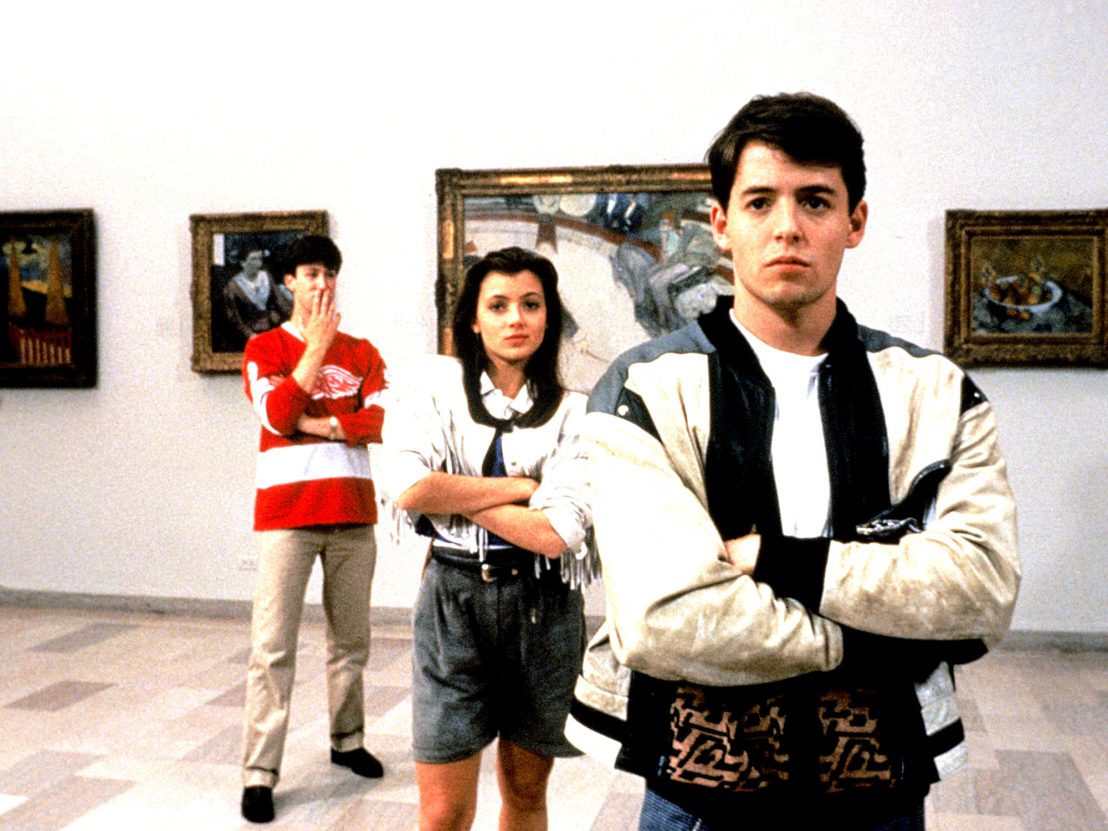 Costume designer Marilyn Vance knows a thing or two about creating iconic looks for the movies, having designed Julia Roberts’ red gown in Pretty Woman and collaborating with John Hughes on many of his cherished coming-of-age features. From Ferris Bueller’s leopard-print vest to Bender’s flannel shirt, Vance has a knack for lighting up the screen with just the right fabrics and colours.

Reflecting on 1985’s The Breakfast Club, Vance reveals how Hughes’ storytelling instincts guided her approach to the costumes. “He wanted you to feel his story and to feel what he wrote. When they pull up in their parent’s cars, you see right away who their family is and who they are. Claire comes and her father is driving a BMW, she’s got the diamond earrings and the whole suede and leather look. It’s obvious that the relationship with her father is that she’s it. She’s their little girl and she’ll get whatever she wants.”

Vance explains that she sourced the clothing carefully so that it felt unique to each character. “For Emilio [Estevez], I bought the wrestling outfit and I cut it away so he looked broader. I made his jacket without a waistband, it was just a school jacket because he was a smaller stature. For Allison, I was influenced by Japanese designers like Yohji Yamamoto; Japanese clothing was becoming hugely popular around that time. I couldn’t find anything black that was appropriate for her, so we had to make her a skirt. I used black patterned fabric as she was supposed to be wearing her father’s sweater. It was a process. Everything came together in a natural way.” 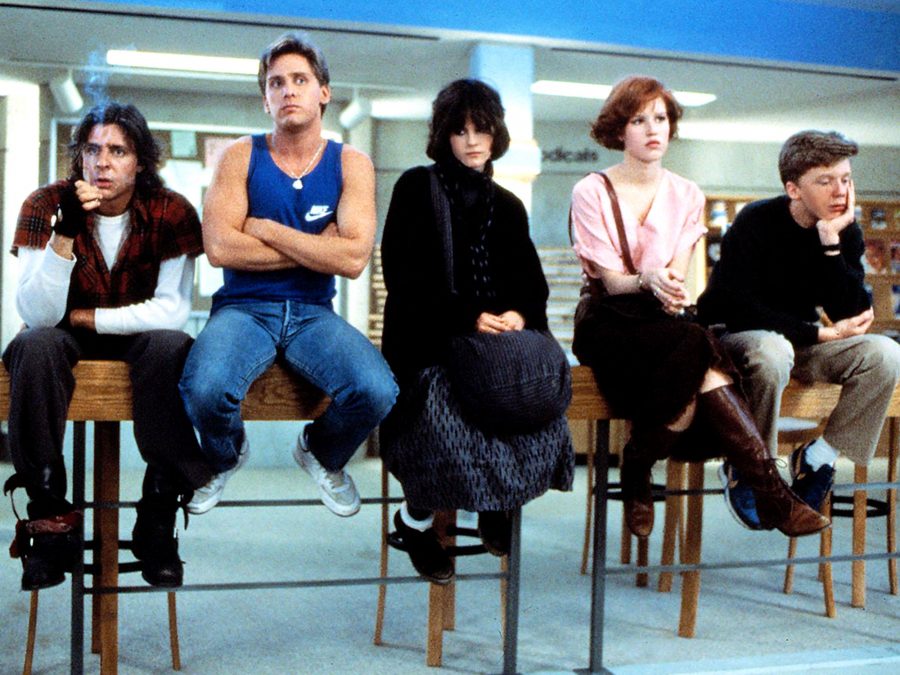 She stuck to the same process for bad boy Bender, played by Judd Nelson. “He was a take on a lot of different bad boys. He made his clothing work because of his attitude and because of where he came from. It was obvious he was underprivileged compared to these other kids. That’s why his coat is a thrift store coat. He created his own persona and that’s why he had the ripped shirt, the denim and the vest under his overcoat. He was the outcast he wanted to be.”

Another of Hughes’ best-loved films is Pretty in Pink, for which music formed an  important part of Vance’s work. “It was a great experience because John was so involved in the music. With the characters and the music, everything fit together so well. For Duckie Dale it was very important. Andie and he were from the other side of the tracks, they couldn’t afford to be shopping at Banana Republic or even the Gap at the time. They didn’t want to look like that. They were individuals and they pushed themselves to be themselves. Their anguish and their feeling of being outsiders, we tried to portray that in their clothing.” 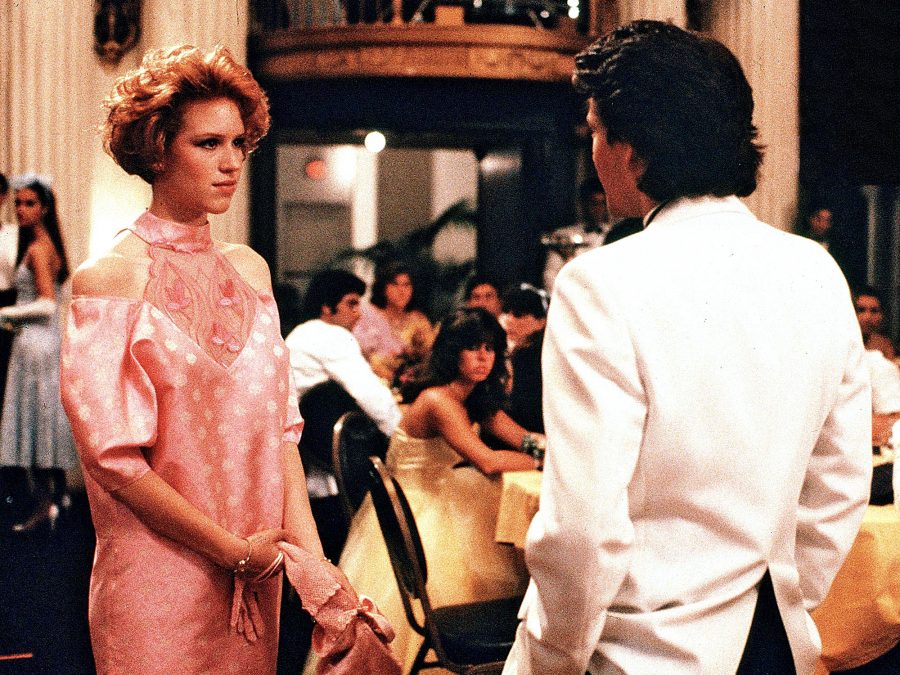 In Ferris Bueller’s Day Off, the title character wears just one outfit throughout the film, but finding his style was far from straightforward. “If you notice, nothing on Ferris matches but you don’t feel that when you look at him. The pants he wears to get Sloane out of school, with the overcoat on top, are the pants he wears throughout the whole film. Little black and a blueish-grey pantsuit and the white t-shirt was important to me. We had to have a simple white t-shirt on him because we couldn’t have anything with writing on. Then I went over to [the department store] Marshall Field’s and looked at the sweaters; I cut the sleeves off one and that was his sweater vest.”

The rest of the outfit was equally challenging to put together. “His shoes were white laces-ups, very conservative but at the same time told their own story. I then designed the jacket to look like a Letterman jacket. I made it in three tones of grey, black and white, and had a regular fitting jacket. I’ve become an expert at that. I wanted to have more character in the clothes because Ferris didn’t belong to any club, he had his close friends and that was it.”

Designing for the character of Ferris’ girlfriend, Sloane, pushed Vance’s imagination further still. “With Mia Sara, I made all of her clothing because I couldn’t find anything that was really unique to a wealthy young girl. So we made her those suede shorts, I got a pair of Gators army shorts, and it gave her a look. I made the white leather jacket and it looked great, but a little too dressy, so we added the fringe all over and aged it down a little.”

A lot of thought went into Ferris’ best friend Cameron’s wardrobe too. “The jersey that he wore was given to us by an actual hockey player called Gordie Howe. John got me his information so I could get one of his shirts to put on the character for the film. I also had the skinny suspenders on him, he was an outsider too. They didn’t fit into any one category at school, they marched to their own drum. It was difficult because the personalities are so intricate in that script – it explains who they are and what they do, the psychological aspects of who Ferris is.”

While Vance became associated with dressing the teen screen idols of the 1980s, her next Hughes’ picture had her styling everyone’s favourite movie uncle. “I designed John Candy’s outfits in Uncle Buck to look like people that I knew who were like his character. I had to make all of his clothes. Making him that overcoat and shaping the hat to work for him. I gave him a contemporary tweed coat, sweater, slacks, his boots and his shirt to give him that ‘Hey, I’m just a regular guy!’ look. I loved John and I loved giving him that look.”