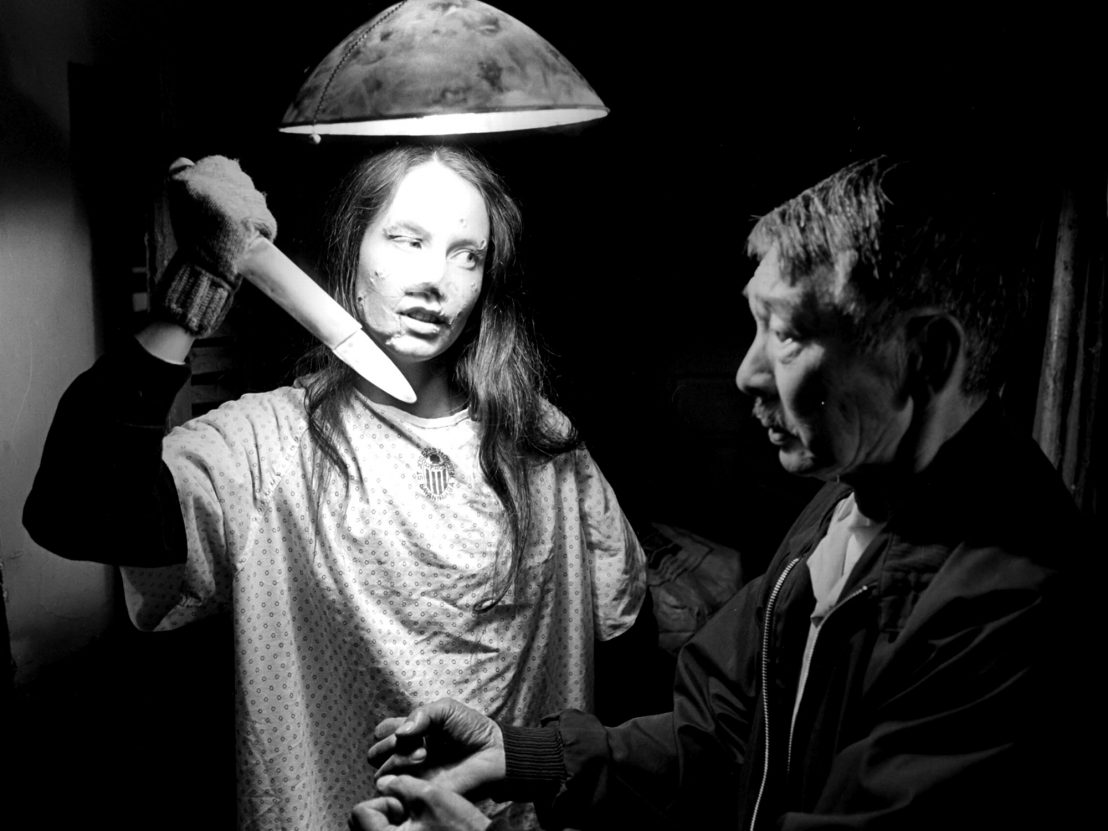 “Life differs from the play only in this, it has no plot; all is vague, desultory, unconnected, till the curtain drops with the mystery unsolved.” If this quote from George Bernard Shaw which closes the giallo-esque psychodrama Madhouse (aka There Was a Little Girl aka And When She Was Bad aka Scared to Death) suggests a gulf between the neat economies of fiction and the untidiness of reality, in fact Ovidio G Assonitis’ film works hard to reproduce, even exaggerate, life’s messy lack of logic or closure.

Take the fact that protagonist Julia Sullivan (Trish Everly, great in her only on-screen performance) works as a teacher at a school for profoundly deaf children. In other films, this would be absolutely crucial to the plot and exploited as such, but here it is just a background detail, loosely attached to no obvious end. Similarly the open eccentricity of characters around Julia, especially the handyman Kimura (Jerry Fujikawa) and the landlady Amantha Beauregard (Edith Ivey) – herself quite literally a mad woman ‘in the attic’ – is apparently there just to be savoured. Unlike the graphically gory violence that would see Madhouse banned in ’80s UK as a ‘video nasty’, all this skew-whiff characterisation is gratuitous only in the sense that it in no way advances the narrative.

That said, perhaps all the weirdness is there to hint that the big old building where Julia lodges (in fact the said-to-be-haunted Kehoe House in Savannah, Georgia) is as much the ‘madhouse’ of the title as the asylum in which her twin sister Mary (Alison Biggers) resides. For while Madhouse ostensibly concerns the escape and return of crazy, bloody Mary, some years since she was institutionalised, to torment her ‘prim and proper’ sister once more on their shared birthday, in fact none of the narrative strands here quite adds up, leaving viewers to wonder just where the madness lies – and lives. 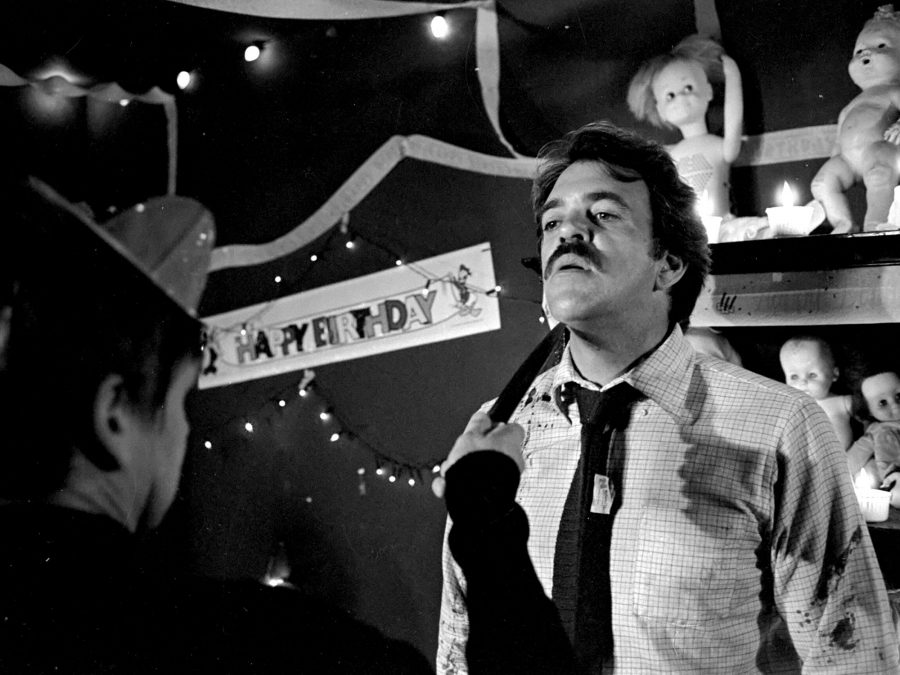 Like many a slasher, Madhouse opens with a primal scene. As an off-key lullaby orchestrated by Riz Ortolani plays on the soundtrack, we see one teenage girl rocking another in a chair, before she suddenly and repeatedly pounds her full in the face with a rock, causing horrifically bloody and probably fatal damage. Cut to many years later, and an intertitle reveals that it is eight days before the birthday of the now adult Julia, whose own face is conspicuously intact.

When Julia’s meddling uncle Father James (Dennis Robertson) summons Julia to see her ailing sister for the first time in seven years, we learn that Mary is indeed suffering from a severe facial disfigurement – but not from any assault in her adolescence, but rather because of a strange, and emphatically recent, psychosomatic ‘virus’ that has been afflicting her. “There’s no scientific explanation,” observes James, foregrounding the deep irrationality of this detail, which seems impossible to reconcile with the film’s opening.

The sisters, too, are difficult to reconcile: identical twins, yet so different in both appearance and character. Julia claims that Mary and her highly trained pet dog used to torture her on their birthday. So when Mary threatens to start it all up again with Julia, promising, “You’ll never get away from me,” Julia struggles to explain to her boyfriend Sam (Michael MacRae) – whose status as a practising psychiatrist is perhaps significant here – the inexplicable hold that Mary had over her as a child: “It’s almost as if I’m doing it to myself. It’ll never stop.”

Indeed, as all those in Julia’s orbit are murdered one by one in the countdown to a birthday tinged with harrowing associations (cf Happy Birthday to Me, released the same year), viewers must work out for themselves whether this is really the doing of a vengeful Mary and her deranged Rottweiler, or whether perhaps Julia herself, in the approach of an anniversary haunted by irrepressible, traumatic memories, is conjuring and unleashing monstrous madness from within her own mind, with horrific consequences in the real world.

In other words, Madhouse might be regarded either as straight (if incoherent) slice and dice, or as a subjective insight into a damaged woman’s psychotic meltdown. It works either way, but is richer and more satisfying if viewed as an early prelude to the The Babadook. Certainly Madhouse benefits from more than one viewing, to match its own double vision.

“They keep acting like I’m seeing things,” Julia complains to her friend Helen (Morgan Most). “Like I’m making it all up. Like I’m crazy.” The truth is, they might just be right. For we must decide whether, as we witness the crimes of Mary and co, we too are seeing actual events as they happen, or merely witnessing Julia’s deranged perspective on them, as she once again struggles to escape the stranglehold of her own nature’s darker, uglier side. Assonitis’ twisted tale of two sisters still leaves its central mystery unresolved after the curtain has dropped.

Madhouse is released by Arrow on Dual Format Blu-ray/DVD on 12 June, 2017.