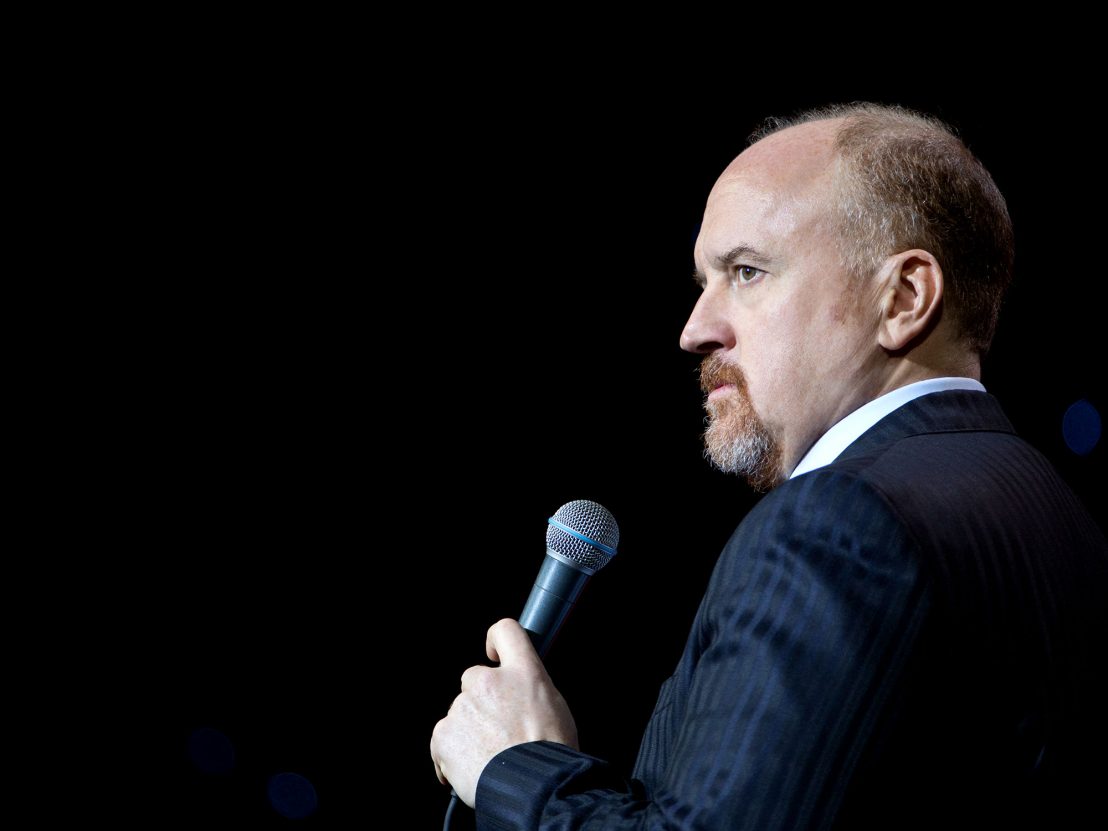 What makes you feel ashamed? What are the thoughts harbouring in your subconscious, whose presence hardly register on an average day but can instantly surface when it’s triggered? Sometimes these are twisted reflexes you don’t even believe in when given the chance to think rationally. Other times it’s something linked to the past that you’ve tried and tried to suppress. Or it could be less severe, a fantasy you indulge in but could never voice out loud.

Around other people, we suffocate these bubbling, meandering thoughts with affirmations of how normal we actually are. But we secretly know that they are a part of us even if we try to scrub clean the immoral, irresponsible, sometimes sociopathic, or explicitly worse, accidentally sexist or racist glitches.

Louis CK is here to drag out every last dreg of your shame, embarrassment, and guilt. His new stand-up special, ‘2017’, makes you face the narcissism of re-reading your own sent emails, the aggression of wanting to tell a harmless kid to shut up, the depression that comes with actually considering suicide, and the lack of guilt when given the option to feed a damaged rescue dog prozac.

But miraculously, you don’t feel shameful that he’s verbalising your secrets, acting out with poignant accuracy the expressions of shock and disgust, because by ridiculing these demons, he seems to reduce the power they have over you. Unlike a lot of comedy, which makes you feel a little cheap, like you exploited others for a laugh, Louis CK makes you crack up at the expense of yourself.

His comedy addresses the most uncomfortable social nuances, and ‘2017’ opens with: “I think women should be allowed to kill babies.” Pro-choice cheers come up from the audience, walking into a trap as he explains, “Because I don’t think life is that important, people get too excited about life. Make a list of every shitty thing ever, that’s in life.” This should sound morbid, but his self-disparaging chuckle and ‘we’re all in this together’ mentality rallies everyone along.

The guilt attached to abortions is tremendous, and it’s often worsened by people telling women how bad it is every step of the way. But here, this feeling of culpability is trumped by the effort of staying alive, which, CK assures us, is something to congratulate ourselves about. “You’re not supposed to talk about suicide, but you should be able to talk about it! The whole world is just made up of people who didn’t kill themselves today.” Don’t we deserve a break?

His compassionate approach to self-reflection culminates in the admission that, even in middle age, he still feels confused about his own identity. Every time Magic Mike, the Channing Tatum drama about male strippers, comes on TV, CK says, he plays “A little game of chicken.” He grins, “They all start stripping, and I start having all these feelings. It’s not a boner,” he makes it clear, “But I can feel my dick start to turn over a little bit.”

But he wants to stay the way he is – unlike the openness with which he would treat others of any sexual orientation, he says, with a mid-sentence chuckle, it’s his every right to oppress his own potentially budding homosexuality. “I’m 49 years old! I don’t wanna enter the gay community now as the ‘new gay guy’. That’s mine to just violently push down.” Like what a gentle anti-therapist might say, isn’t it our choice whether we keep our inner contradictions bottled up or not?

The special is vulgar and startling throughout – CK has said in the past that he enjoys making his audience uncomfortable. But I felt truly nervous for him when, halfway through a joke about a group of ‘911 deniers’, who, unlike the conspiracy theorists, are nine people that just don’t buy into the concept of ‘eleven’ (“It should be one-teen”), it becomes clear that he’s putting on an African-American accent. Maybe it’s because the accent is poorly done, but when he throws a curveball and apologises to any Chinese person that he would have offended, the offensiveness is slightly mitigated.

“Here’s the thing,” he says after apologising again for doing the accent, “Stereotypes are harmful. But the voices are funny. I don’t know how to reconcile those two facts.” I think back at times I’ve accidentally slipped into silly voices and felt humiliated at my own ignorance afterwards. But instead of jumping straight to self-hatred, being honest is a start to a conversation around this slip-up, when we have no other intention than to make each other laugh. Like a middle-shelf deodorant, CK neutralises the beading odour from your underarms – you still sweat a little, but at least you’re not so self-conscious of giving off a stink.

Our minds are weak, try as we might to condition and train it to be the most perfect moral compass. The deepest shames that make us who we are will be with us forever, and there are some that no comedy can ever reduce. But I think we deserve a break from them every now and then.