Season 3’s ‘Fish Out of Water’ underscores the show’s uniqueness. 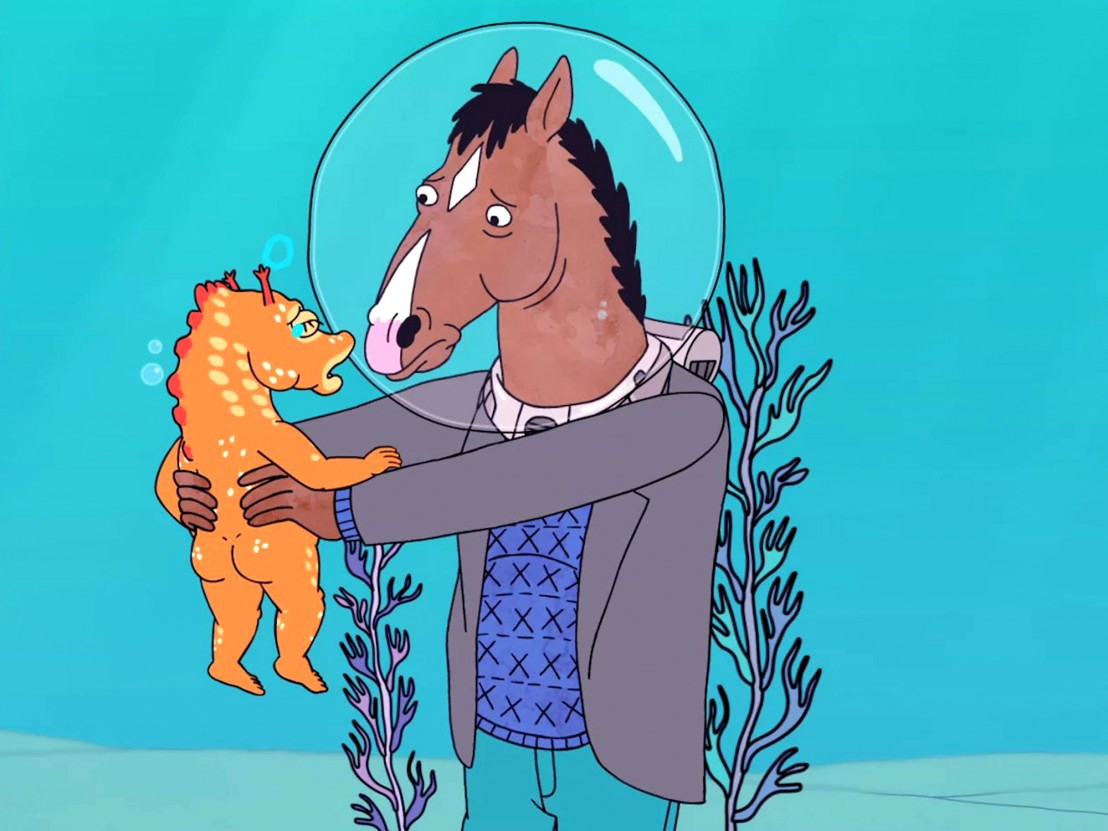 The latest season of BoJack Horseman has been another rousing success, maintaining all the complexity and nuance of the ever-changing title character that have made the show so popular. BoJack Horseman is portrayed as a tortured soul and a complete bastard in equal measure, keeping us guessing at every turn. For our money the stand out episode of the third season is ‘Fish Out of Water’, in which BoJack travels to a previously unexplored area of the animated show, Pacific Ocean City, in order to promote his film Secretariat at the POFF (Pacific Ocean Film Festival). What is so beautifully unique about this episode is that over 90 per cent of it is completely dialogue-free – relying on music, animation and type to bring the heart-wrenching narrative to life.

Regular watchers of the show will already know that crippling loneliness is at the centre of almost every erratic decision BoJack makes, and is a recurrent theme throughout the series. Being in this foreign, underwater land is a crushing metaphor for BoJack’s isolation; his literal inability to speak being the most overt representation of this. However, the currency is also different, as is the typeface, the creatures and pretty much everything else. Bubbles constantly fill the screen to reinforce the sense of how out of place BoJack is as a horse roaming through this unusual setting. Then there’s the dual narrative, with one thread focussing on BoJack’s desire to reconcile with Kelsey, while the other sees him attempt to locate the father of a baby sea horse he is paired with under unusual circumstances.

Without having dialogue to fall back on, the impetus of the narrative is driven by a compelling score, which is by turns enchanting and melancholic. This coupled with the show’s distinct animation style tells the same story the series always does: BoJack is on his own and every time he gets close to connection, it is snatched away from him in an instant. When he eventually hands the infant over to its father there is no ceremonious reunion – only BoJack waiting at the door, giving away one of the few things he has been able to forge a genuine connection with. Similarly, the poignant note he writes to Kelsey, apologising for how he has treated her, has washed away in the salt water by the time he manages to deliver it to her.

‘Fish Out of Water’ is by far the most compelling episode of the current season. BoJack’s silence is humorously broken in the final scene when an angry pedestrian shouts at him by activating a microphone on the outside of the underwater suit he’s been wearing the entire time. Before he has time to reply the screen fades to black and the credits roll. In true BoJack fashion, the ending is a hollow one – his out-of-character compassion leaving him exactly where he started. 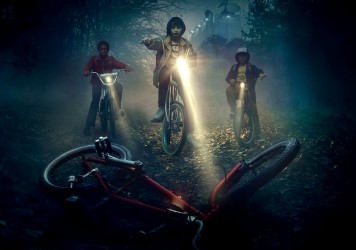 The recording features music by Kyle Dixon and Michael Stein of S U R V I V E.