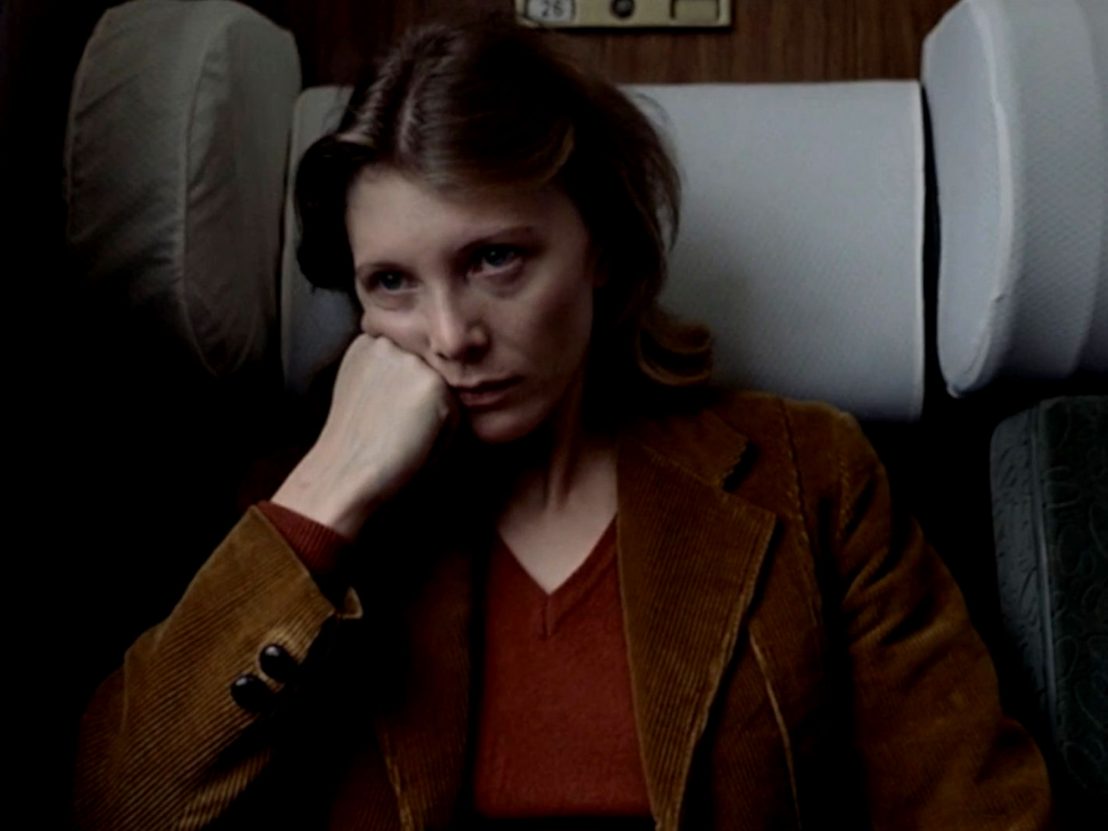 I’ve experienced loneliness before. So have you. Everyone has at some point or other. For some, it’s the inability to find interactions meaningful; for others, interaction itself is the obstacle. It can stem from anxiety, experience and peripatetic necessity. It can be romantic, familial or sexual in nature. In Chantal Akerman’s 1978 drama Les Rendez-vous d’Anna (Anna’s Meeting), the titular character embodies all this and more.

Aurore Clément portrays Anna, a Belgian director with an unspecified sexuality and an extraordinarily powerful relationship with her mother. To suggest the film is personal to Akerman would be an understatement; this is as much of a semi-autobiographical soliloquy as it is an invitation into the turbulent headspace of a great director.

Formally, however, the film is measured. The camera is constantly anchored to a single point, its subject directly in the centre of frame. This can give the impression of a longing stare – in one swooning moment, the camera is fixed to the window of a moving train, scanning the empty stations it passes. It can also forewarn of what Anna will be drawn to, demonstrated in the film’s opening shot, which sees her pull away from a crowd and settle alone in a telephone box. The film is saturated in this wistful and contemplative atmosphere – loneliness isn’t just isolation for the sake of it. Akerman knows that. The steady rhythm of a train’s window-side view can be a relief, the four walls of a telephone box a safe haven.

Anna is the type of person who’s figuring out how content she is with her position in life. Her actions can be contradictory: ordering a hotel room for herself with twin beds; putting on perfume and covering it up with a turtleneck. Clément’s expression is often caught between indifference and resignation. As she traverses Europe, a soulless landscape with a palette dull enough to worry Roy Andersson, Les Rendez-vous takes on the form of anthology – one with a yearning, rueful throughline. 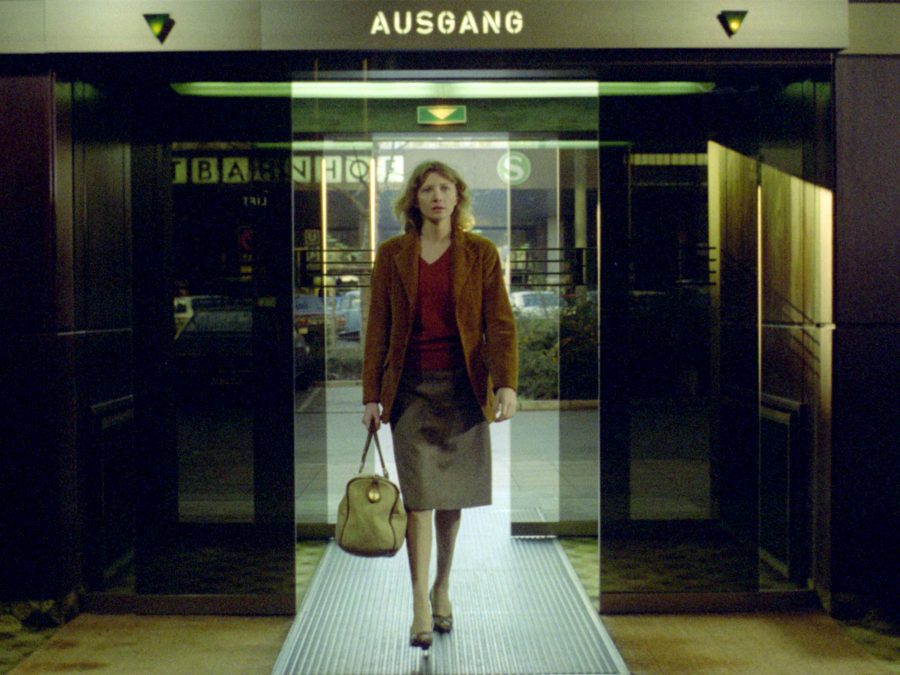 She meets a succession of equally lost souls: an enamoured man; the mother of a former fiancé; a despondent train passenger; Anna’s own mother; her lover in Paris. Most lament their struggles to Anna – post-war blues and nostalgic remorse emerge as thematic strands. She nods and listens, or gives a ‘oui’ when needed. She doesn’t offer up any stories of her own. Her input is reactionary – often it’s nonexistent.

Whether Anna is comfortable by her lonesome remains ambiguous for much of the film’s runtime. It’s never clarified if she’s happy to stay silent in these one-sided conversations, or if she’s simply unable to do anything else. Small details in the narrative allow you to infer meaning, but remain objective in how that meaning should be perceived: peas plucked from an abandoned dinner plate, an enigmatic carriage-bound stare, the static of a faulty television.

Much like Akerman’s most celebrated film, Jeanne Dielman, this routine doesn’t last. Ruptures appear in Anna’s previously unwavering gaze. Her countenance changes, and the objectivity breaks down. She fights against tears when leaving her mother; they flood out later in the backseat of a taxi. A mournful singsong shifts Anomalisa’s ‘Girls Just Want to Have Fun’ moment, where mounting insecurities are finally liberated, to the perspective of the woman. And the final scene devastatingly snuffs out any form of resolution. Loneliness isn’t permanent, but it won’t leave if you just treat it with silence. In turn, Les Rendez-vous plays out as a plea for help.

That’s not to say that the film is entirely defeatist. Anna finds solace in her mother, a figure who looms on the periphery before their rendezvous, and lingers well after. Their embrace is shot at a distance; it belongs to them and not the audience. When her mother talks of her father, Anna is withdrawn – this encounter threatens to play out like the rest. But something’s different. She’s bearing a tentative smile – the smile of a woman not used to one. Later, she confides in her mother about a lesbian encounter. It’s the only tidbit of personal information she divulges in the film. It’s also its most shatteringly intimate moment.

The disclosure’s significance is not necessarily how it’s being described, but that it’s being described. Loneliness can render someone mute; a genuine connection can give someone back their voice. As Anna cries in the back of that taxi, she looks out to a road dotted with other cabs. Each one may as well be carrying a similar lost soul. Akerman understands that loneliness is a collective issue, that ignoring it will only exacerbate it, and that confiding in someone can be cathartic. We may have all experienced loneliness at some point in our lives, but nothing translates it on to screen quite as accurately and audaciously as this.