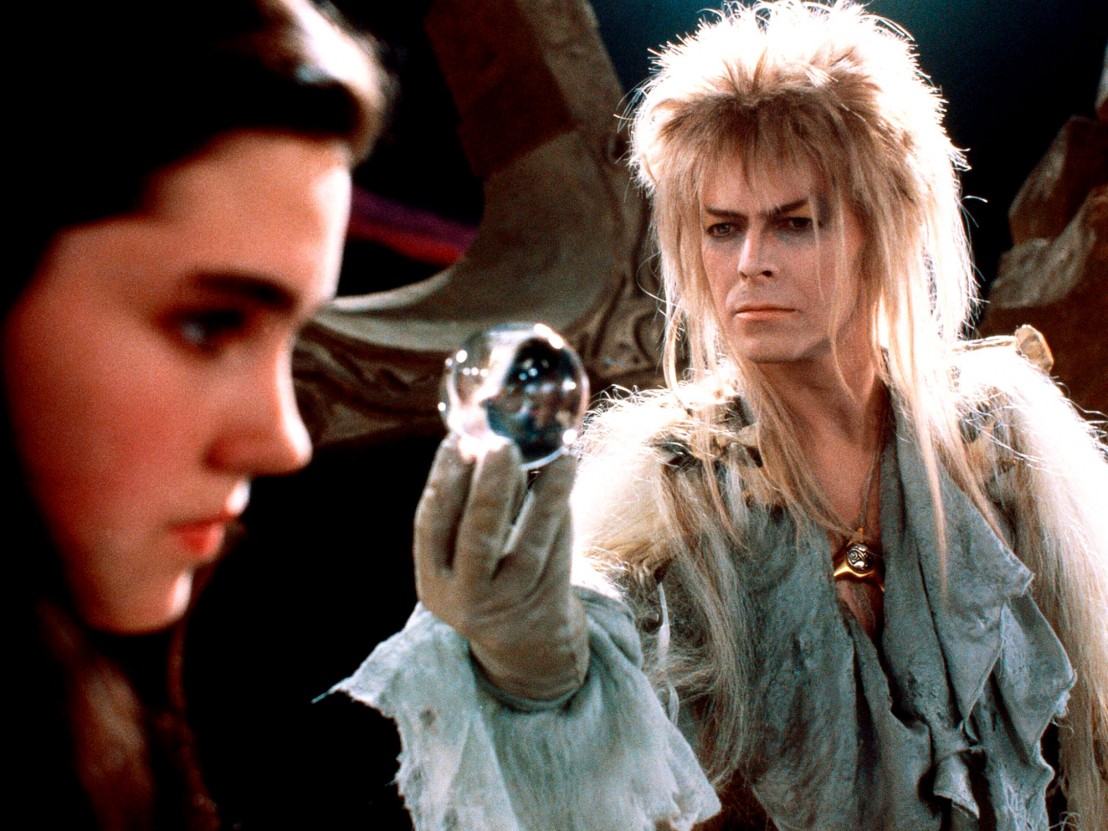 Thirty years after audiences were first lured by the mysterious charisma of the Goblin King, the cult appeal of Jim Henson’s Labyrinth remains as strong as ever. So how has this piece of practical magic managed to endure for so long, and why does it seem to resonate so strongly with grown-up audiences in particular?

Labyrinth follows 16-year-old Sarah (Jennifer Connelly) as she journeys through an enormous maze in an attempt to save her baby brother from Jareth, the Goblin King (David Bowie). The film was originally written by Terry Jones of Monty Python fame, who, interestingly, based the script on concept art by Brian Froud, who had previously collaborated with Jim Henson on his other cult ’80s fantasy, The Dark Crystal.

The story goes some way to explaining the appeal for older audiences – it can easily be interpreted as Sarah’s coming of age, her awakening to the responsibilities of adulthood and her own sexuality. That Labyrinth has retained a core adult fan base is indicative of Jones’ idiosyncratic wit and the fact that he had a major influence on the film despite the script being passed to various other writers.

But it’s not all about the script. Henson used puppets, created by Jim Henson’s Creature Shop, in the same way most other films at the time would have used animation, and most films now use CGI. This gave his films an unusual tactile quality, where he called his own fantasy into question: by using puppets he was filming something that existed not just in the world of the film, but in the world of the film studio. This brought his fantasy characters to life in a way that no form of animation can, while simultaneously drawing attention to the fantasy – they never looked realistic, but crucially they were real.

This fantastical universe of Labyrinth is also extremely detailed – there is always something happening in the background, and this means we start to look deeper. Likewise, the plot is just complex enough to encourage us to decode the odd rules of the Kingdom, much in the same way an MC Escher painting (a definite influence on the film) draws you in by inviting you to figure out how it functions.

Then, of course, there is David Bowie, who is an intrinsic part of the voodoo charm of Labyrinth. His acting, as always, is stylised and compelling in a unique way, and he is perfectly suited to the role. Jareth is a dazzling character we feel at once threatened by and compulsively drawn to. This mimics Sarah’s feelings toward him – she hates him for taking her brother, is afraid of him because of his power, but she is also attracted to him as she begins to discover her sexuality.

Labyrinth is more carefully crafted and nuanced than it may first appear. Henson seamlessly combined masterful artistry with audacious, immersive fantasy storytelling and an exuberant, youthful tone, resulting in a film that has managed to stand the test of time while continuing to evoke a distinctly retro spirit.