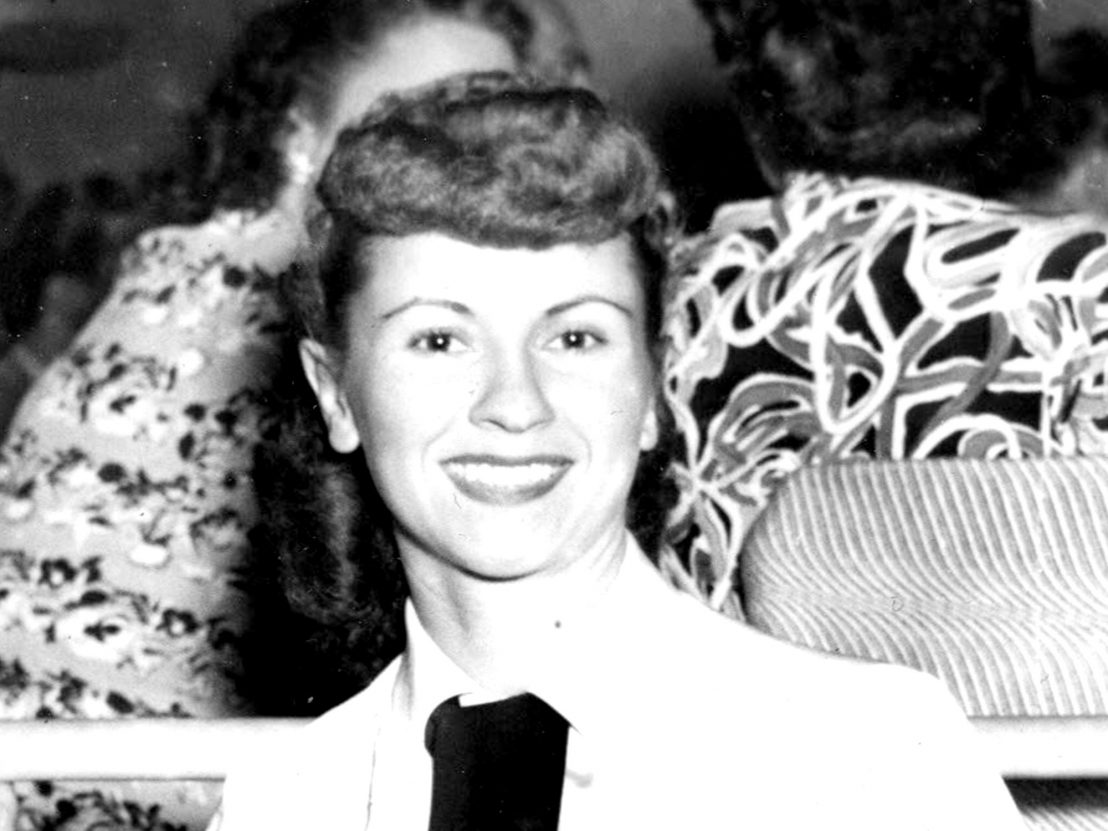 As the old adage goes, behind every great man, there is a great woman. In the world of comics that woman is Joanne Siegel, wife of Superman co-creator Jerry Siegel. Joanne was not only the inspiration behind fearless reporter Lois Lane, one of the most iconic and influential female comic book characters, but was also the tireless and unrelenting force behind the lawsuit to restore her husband and Joe Shuster’s copyright to Superman.

Joanne was born Jolan Kovacs in Cleveland, Ohio on 1 December, 1917 to Hungarian immigrant parents. Classmates and teachers found her first name difficult to pronounce and took to calling her Joanne, which was the name that stuck. In 1935, at the height of the Great Depression, Joanne took out a classified ad in Cleveland’s The Plain Dealer promoting herself as available for modelling work, albeit with no experience. Out of all the responses one inquiry seemed legitimate from Joe Shuster, a young Cleveland artist, who with his writer friend Jerry Siegel was developing a potential cartoon strip – and comic book history was made.

At that point, the character for Lois Lane was already percolating in Siegel’s mind. He knew he wanted Lois to be a journalist, and his model was Torchy Blane, a clever, spunky female reporter featured in a series of B-movies in the 1930s, most regularly portrayed by actress Glenda Farrell. Ironically, in the 1938 film Torchy Blane in Panama, Torchy was played by singer/actress Lola Lane, who some sources say inspired the alliterative name of Superman’s leading lady. During the modelling session Joanne struck a variety of poses, including draping herself over the arms of a chair, to show how she might look being carried by Superman in flight. Shuster’s preliminary drawings for Lois reproduced her hairstyle and facial features.

Over the years, many women in Cleveland claimed they served as the model for Lois Lane. While Siegel did admit some traits of other women he knew might have influenced the character, both Shuster and Siegel have attested that Joanne was the central model for Lois. Joanne and Jerry’s daughter and only child, Laura Siegel Larson, has gone on record stating “from the day [my father] met [my mother] it was her personality that he infused into the character. She was not only beautiful, but very smart and determined, and she had a lot of guts; she was a courageous person.”

Joanne, Joe and Jerry lost contact after World War Two broke out. Joanne did further modelling work in Boston and New York under the name of Joanne Carter, and supported the war effort by working in a Los Angeles shipyard. After the war, she returned to New York and re-established a connection with Jerry Siegel at a fundraising ball for cartoonists. Sparks flew, and Joanne and Siegel married in 1948, both having been previously married and divorced. They lived in Connecticut and Long Island before moving to California in the 1960s.

Joanne worked a number of jobs during her marriage in the 1950s and ’60s, including as one of California’s early car saleswomen, but much of her life was taken up trying to reclaim the original Superman copyright. When Superman made his debut in Action Comics No. 1 in June 1938, he immediately became a comic book icon and sensation. Superman grew to be arguably one of the most well known fictional characters in the world. However, Shuster and Siegel were not able to benefit from the popularity of their creation.

After failing to gain the interest of newspaper syndicates in their creation, the duo sold Superman to DC Comics’ predecessor, Detective Comics, Inc, in 1937. Shuster and the Siegels attempted to get back the rights to Superman in 1947, but a court ruled they had sold the entire copyright for $130. The Shuster and Siegel legal ordeals regarding the Superman copyright are one of the most legendary cautionary tales of intellectual property.

Ms Larson has stated her parents lived in poverty for many years. She also recalls it was Joanne who called up Superman’s publisher at a certain point and said “how can you sit by and continue to make millions of dollars off a character that Jerry co-created and allow him to live in this unbelievable poverty?” Eventually Jerry went back to work as an uncredited writer on many Superman stories; however, it would be years before DC Comics agreed to include the “created by Jerry Siegel and Joe Shuster” byline at the beginning of every Superman story. It was also due to Joanne’s determination and tenacity that in the 1970s Shuster and Siegel, backed by the most influential names in the comic book industry at the time and the release of the 1978 Superman movie, were given a lifelong stipend as the co-creators of Superman.

In 1999, three years after Jerry Siegel’s death, the Shuster and Siegel families, spearheaded by Joanne, filed a lawsuit against Warner Bros for the copyright of Superman. Joanne called regaining the copyright “a dream of Jerry’s,” and in 2008, due to new revisions of the Copyright Act, a federal judge ruled that the Shuster and Siegel families owned a large share of the Superman copyright. Joanne Siegel passed away on 12 February, 2011, thankfully not living to see the ruling overturned in 2013/2014 and Warner Bros granted the right to retain the Superman copyright without legal challenge.

Although she doesn’t possess superpowers and doesn’t wear a cape and tights, Lois Lane is undoubtedly a comic book icon. Actresses Noel Neill, Phyllis Coates, Margot Kidder, Dana Delaney, Teri Hatcher, Erica Durance, Kate Bosworth and Amy Adams have brought Lois’ moxie, class and journalistic integrity to life across multiple entertainment mediums, from film to television to animation. She paved the way for the creation of female comics characters, from Wonder Woman and Ms Marvel to Harley Quinn and Emma Frost, and morally ambiguous women such as Selina Kyle and Jessica Jones. Without Lois, we would not have the width and breadth of female comics characters, superheroes or otherwise – and without Joanne Siegel, there would be no Lois Lane.