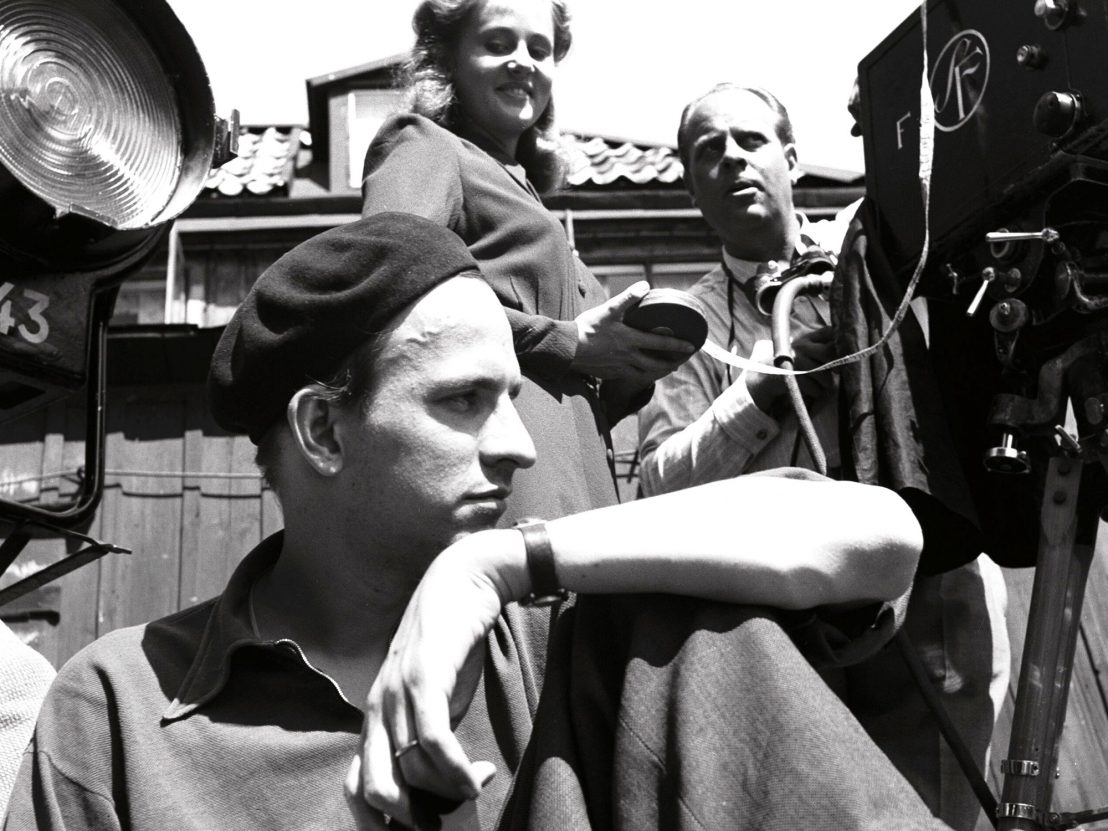 In 2012, Jane Magnusson made the 262-minute documentary miniseries Bergmans Video (later edited into a 107-minute feature called Trespassing Bergman) in which a number of renowned filmmakers trekked in pilgrimage to Ingmar Bergman’s former homestead on the remote Swedish island of Fårö to discuss his oeuvre and paw through his VHS library. The outcome was engaging, but served more as a kind of professional eulogy than a critical assessment of the man.

Now returning with Bergman: A Year in a Life, Magnusson digs deeper than she did previously, thumbing through the archives to present a hitherto unseen – or at the very least lesser-known – version of the enigmatic auteur. Ugly truths and chastening revelations about his jealousies, violence and predilections are brought soberly to light thanks to a cornucopia of interview testimonials and rare materials. No stone is left unturned.

Her jump-off point is Bergman’s “most productive year”, 1957, during which time he wrote and directed Wild Strawberries and The Seventh Seal, shot Brink of Life, made another film for television film and directed four theatre productions, including an epic, five-hour adaptation of Henrik Ibsen’s ‘Peer Gynt’. On top of this staggering workload, by his own admission, Bergman’s love life was “a mess”. Here, Magnusson speaks with clarity and insight about the virtues and shortcomings of a man she describes as “the most interesting Swede who ever lived.”

On showing Bergman’s dark side

“I never say anything bad about Bergman in my film. It’s him. He’s the one who is constantly badmouthing himself. He’s the one saying, ‘I was a horrible father’, ‘I was unfaithful’, ‘I was a Nazi’, ‘I neglected my friends’. He was always saying that. I just counter him and say, ‘Look at this great film’. He did all of these amazing things. I think he was very hard on himself and I think he wanted to talk about his shortcomings and make films about them, because if you’re honest in your filmmaking or in your art, I think it becomes great art, and I think that was the case with Bergman. I thought, ‘If he wants to talk about these things, let’s talk about these things in my film.’ I also wanted to show what a master he was”.

On Bergman and Hitler

“Even though Bergman had all these dark sides, he was so honest about them. That’s very unusual. For example, the fact that he had sympathies with Hitler… he wanted to talk about them. And nobody else did. He was pretty much alone in Sweden when he came out in the ’80s and said, ‘I went to Germany, I was in Weimar during the parade and I yelled “Heil Hitler!” And I loved it.’ It’s horrible that he didn’t reject Hitler before 1946. It is very late. That’s a problem. But I don’t think Bergman thought Hitler was a good idea because he hated Jews. Sweden was very afraid of Russia at that time and I think he just thought that it was better than what’s going on with them.”

“It’s hard to verify anything that Ingmar or his brother, Dag, says. Even though he was a diplomat, Dag seems like a horrible sadist: even when they were young. I think the interview we show with Dag is him taking one last stab at his famous younger sibling. Maybe there’s some truth in what he says. I don’t think Alexander in Fanny and Alexander is based on Ingmar, I think it’s based on his brother. They had a horrible father, but I think he bullied Dag and not Ingmar. I also think Ingmar was a good student; Dag wasn’t. But that’s the way it goes with good fiction, you embellish and steal things. Later in life, Ingmar seems regretful that he’s stolen bits of his brother’s life and made it appear to be his own though.”

“When Barbra Streisand was at the top of her career and Bergman was at the top of his, he wanted to make a film in Hollywood [The Merry Widow was mooted, but didn’t ultimately come to pass]. The head of the Swedish film industry called up her agent and said, ‘Bergman wants to make a film with Barbara Streisand’. She said ‘yes’ immediately and they started corresponding. Barbara Streisand brought her letters from Bergman to our interview and read from them. (In the letters) he’s really putting on all of his charm to get her on board. He doesn’t really have to though because she’s already on board. He sends her the script. She loves the first act, but calls and says, ‘The second act needs some work.’ Bergman just freaks out and hangs up.”

On what Bergman means to modern-day Sweden

“Now that we’ve just had the centenary [of Bergman’s birth], and everything last year in Sweden was about him, everyone is so fed up of him again. This is kinda what it was like in the ’90s when he sucked all the funds out of the Swedish film institute and made these giant projects all about his parents [The Best Intentions, Sunday’s Children and Private Confessions]. All the young filmmakers in Sweden were like, ‘What the hell is going on? Is he making another seven-hour film about his parents? Who cares?!’ For me though, I think he’s the most interesting Swede who ever lived. I don’t think we’ll ever have anyone like him again: for good and bad.”

Bergman: A Year in a Life is released 25 January. Read the LWLies Recommends review.