Why Friends with Money is as painfully relevant as ever

Nicole Holofcener’s female-centric comedy asks what happens when someone falls out of their own social circle. 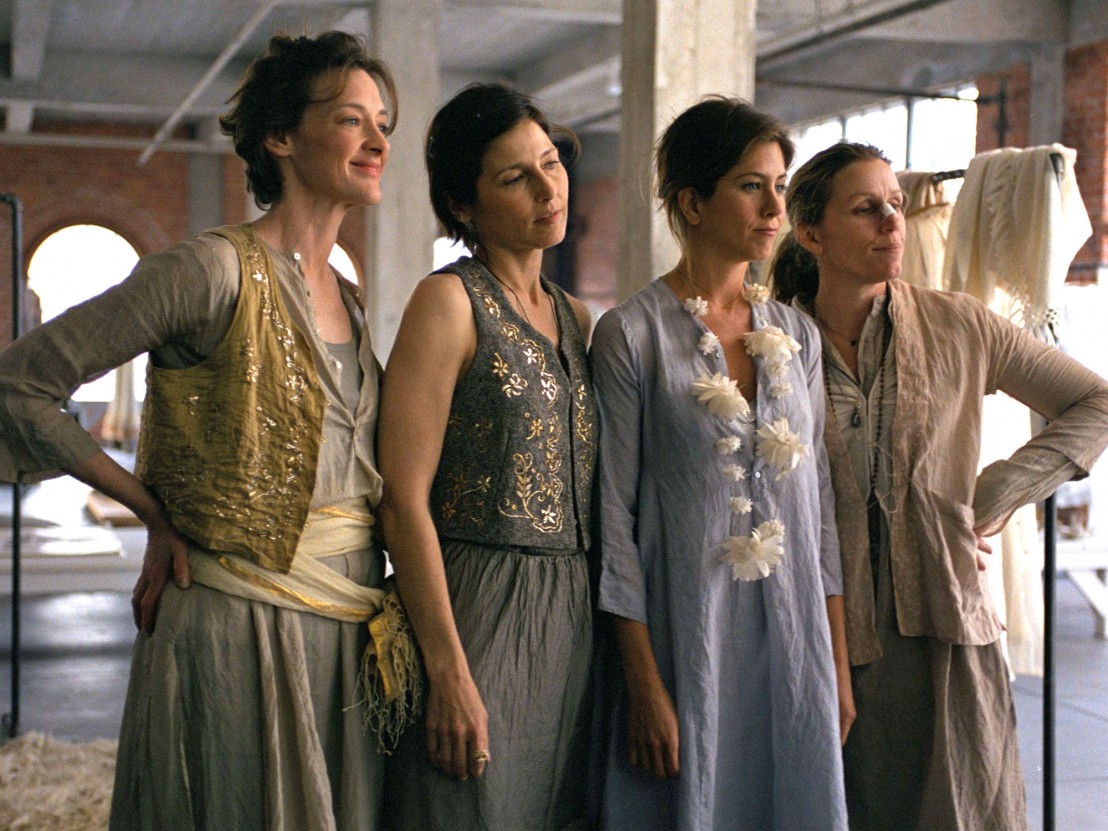 When it opened in cinemas in April 2006, Friends with Money painted a witty and convincing portrait of how longtime bonds can be rocked by a growing disparity in personal spending power. Ten years later, at a time when the wealth gap between middle-income and upper-income families in the US is widening, and the UK remains mired in austerity, Nicole Holofcener’s film feels even more relatable.

The black sheep of the clique is Olivia (Jennifer Aniston), the only one not to have married, who gave up her “intolerable” job as a teacher at an upscale Santa Monica school and now pays her bills by cleaning for other people. In one particularly telling scene, we see Olivia schlepping round department store beauty counters collecting free samples of a fancy face cream. It’s a luxury product her friends would shell out for without hesitation.

Holofcener, whose subsequent credits include the charming 2013 rom-com Enough Said, is obviously far too smart to suggest that money can buy happiness, or to insinuate the trite opposite. If Franny seems to be the most content of the four women, and is certainly the most laid-back, it’s partly because she and her husband never have to worry about what they spend. Though she gently questions him when he buys their young daughter needlessly expensive shoes that she’ll soon grow out of, she has no need to push the issue into a full-scale row. Meanwhile, Christine and Jane each have problems that can’t be solved by cash: the former’s husband is cold and critical; the latter’s is more affectionate, but very probably gay.

Naturally, Olivia is the most bothered about money because she has so much less of it. However, her evident low self-esteem can’t simply be explained away because she happens to be in a lower tax bracket. She’s still horribly hung up on a married man she had a brief affair with, and often cold-calls his home when she gets stoned. She hasn’t found her calling in life either. After she becomes sexually involved with Franny’s douchey but financially successful personal trainer (Scott Caan), she asks her friend for money so she can take a personal trainer course herself. “But you’re the only one of my friends who doesn’t exercise,” Franny replies, understandably confused.

Friends with Money intensifies from sharp to stinging when Holofcener highlights how Olivia’s friends react to her reduced status. When she brings a somewhat scruffy-looking date to a plush black tie dinner, Jane’s husband is relieved to discover that the jacket the man’s wearing is actually cashmere. In the film’s best scene, Franny’s husband asks his wife if she would still be friends with Olivia if they met now. Her response is harsh but honest: “Probably not.” It’s a painfully real moment that will resonate with anyone who’s ever drifted apart from an old friend because they simply don’t have anything in common any more.