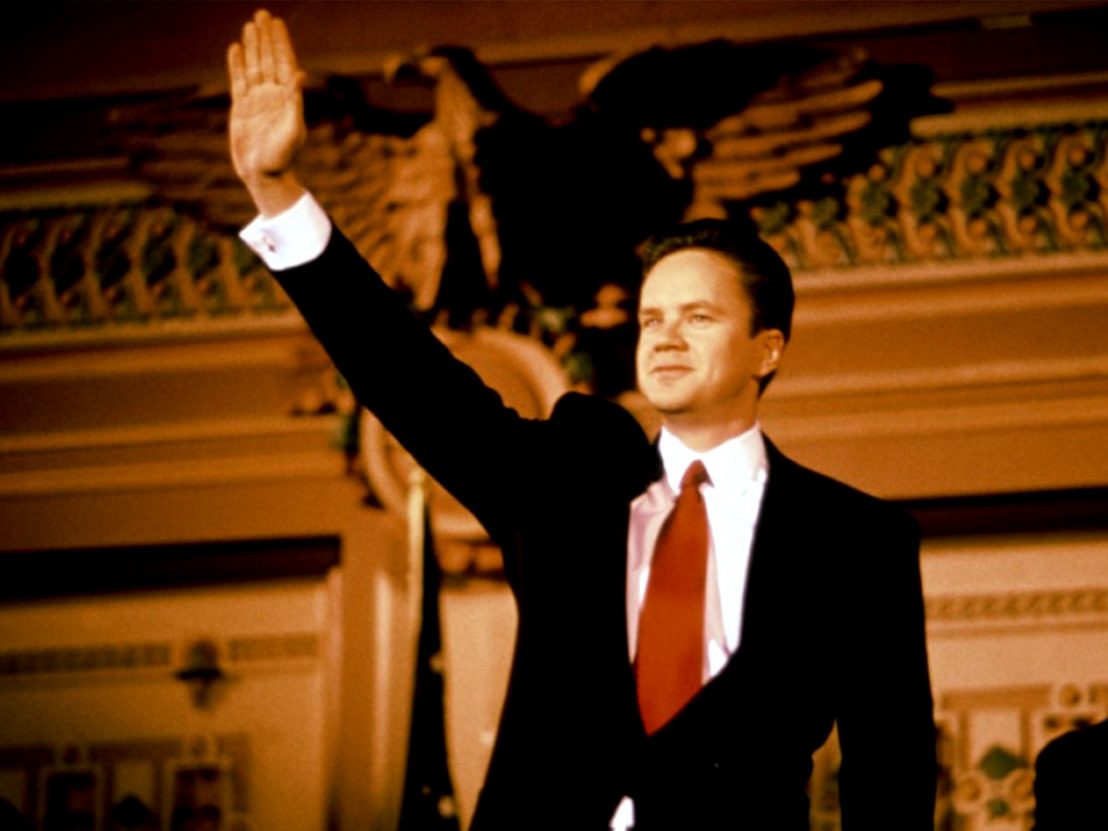 Anyone waking up from a year-long coma might be forgiven for not entirely believing the world that now exists before them. ‘Yes,’ you might gently insist, ‘Donald Trump really is President of the United States. He’s actually wants to build a wall between America and Mexico and he’s trying to ban Muslims from entering the country. Oh, and Brexit happened. But Leonardo DiCaprio did finally win an Oscar.’

Switching on the news in 2017 is like watching an absurd mockumentary – like a 21st century remake of Bob Roberts, the 1992 satire directed by and starring Tim Robbins, which follows a right-wing businessman running for United States Senate who promises to clean up America with his return to ‘wholesome’ family values.

Set in Philadelphia in 1990, the film employs various documentary filmmaking techniques (handheld and shaky cameras, the absence of a narrator and plenty of undercover eavesdropping) in order to tell the story of the fictitious Bob Roberts’ campaign for power. British documentary maker Terry Manchester (Brian Murray) takes the audience with him as he joins Roberts on his mission to Make America Great Again – or, in Roberts’ words, to, “a-Change Back Time”.

With plenty of money to pump into his campaign and armed with a guitar and a winning smile, the folk-singer / businessman turns his attentions to what he sees as the most serious issues plaguing America: drugs and laziness. The campaign trail footage shows Roberts using popular folk music (and provocative music videos featuring leggy female dancers) to reach out to potential voters and convince them of his conservative leanings while his dodgy campaign manager (Alan Rickman) will do anything to win votes over Roberts’ rival, the world-weary Brickley Paste (played by Gore Vidal).

It’s hard not to notice the similarities between scenes of Trump lambasting Hillary Clinton post-email scandal with Roberts’ accusations of his rival’s predilection for teenage girls. A photograph is released of Paste with a young girl. It transpires that she’s just one of his daughter’s friends (his daughter has been cropped out of the image), but the damage is already done. 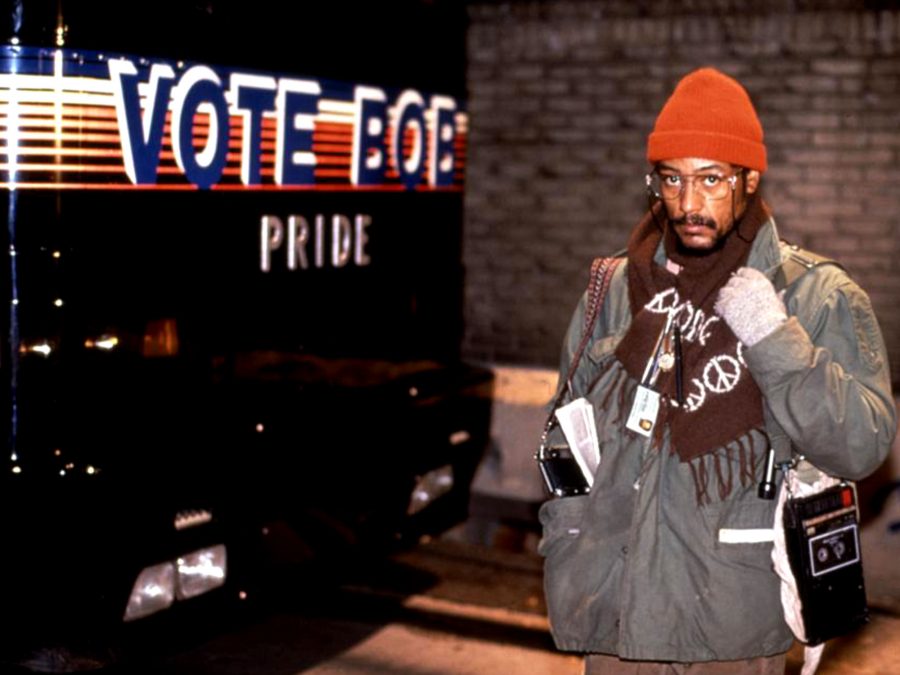 Like Donald, Bob is first and foremost a businessman. His campaign bus isn’t used solely for campaigning, he’s also happy to host brokers that trade night and day whilst on the move. His approach to politics is much the same as his approach to business. Embodying the corporate greed of 1980s America where anything goes if you’re the winner, Roberts not only pre-empts Trump, he’s a sign that times indeed are a-changin’ back to the way they were. Back we go to Reagan’s America, an era in which Number 1 is the only number that matters, where might is right and where political correctness is ushered out and replaced with good old-fashioned ‘family’ values.

Playing the populist card is a game both Trump and Roberts have mastered. Where Trump can unleash his unsavoury one-liners to millions on twitter, Roberts appeals to ‘ordinary’ Americans with his catchy folk numbers. In one scene he croons:

Just like Trump, Roberts isn’t for solidarity among ‘ordinary’, working-class Americans. Instead, the would-be leader encourages division and a with-me-or-against-me attitude. He makes enemies out of the weakest members of society and harangues them with his catchy, up-beat music. When Roberts appears on a prime-time TV show to sing one of his most well-known tunes, only to switch it to a campaign song once live on air, the power is cut halfway through his performance. The show’s workers are visibly incensed. There are clear parallels to be drawn between this and Trump’s own, widely publicised tensions with the media.

In another memorable scene, an outraged African-American talk show host accuses Roberts of being unconstitutional, stating that, “What Bob Roberts wants to see in America is a compliant and silent public which respects the wishes and actions of its presidents no matter how immoral or illegal.” Sound familiar?

Despite the unearthing of various scandals and a mounting fury over Roberts’ campaign throughout the film, he claims victory at the film’s climax. “Forget human rights, forget women’s rights, and forget helping the homeless,” reports a critic, “Bob Roberts is not for the people, he’s for himself.” You need only look at Trump’s position on immigration, Obamacare, women’s rights and climate change to appreciate that what we have to deal with could be so much worse.