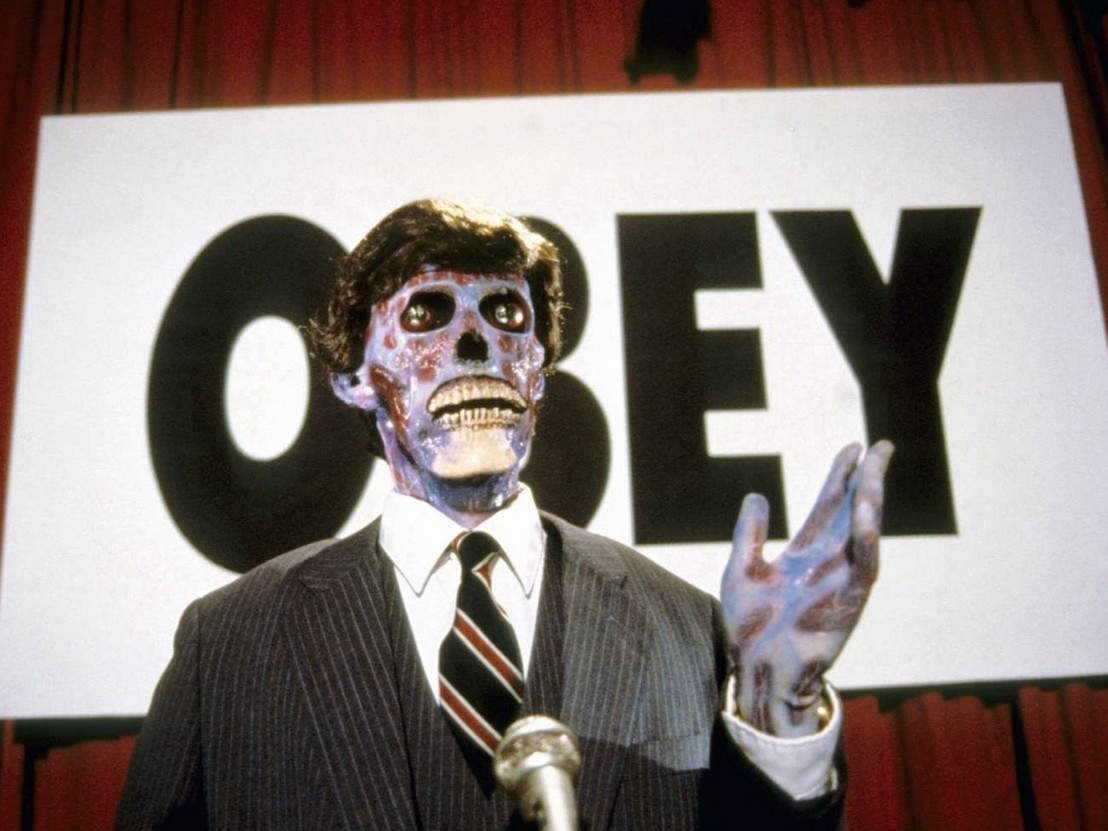 It’s official: we live in a post-truth world where facts don’t matter and fiction runs wild. So with Crunch Time in the 2016 Presidential Election almost upon us, maybe the Clinton or Trump campaigns will turn to the movies in a last ditch bid for victory. In the current political climate of 2016, you couldn’t make it up, especially if a screenwriter got there first… 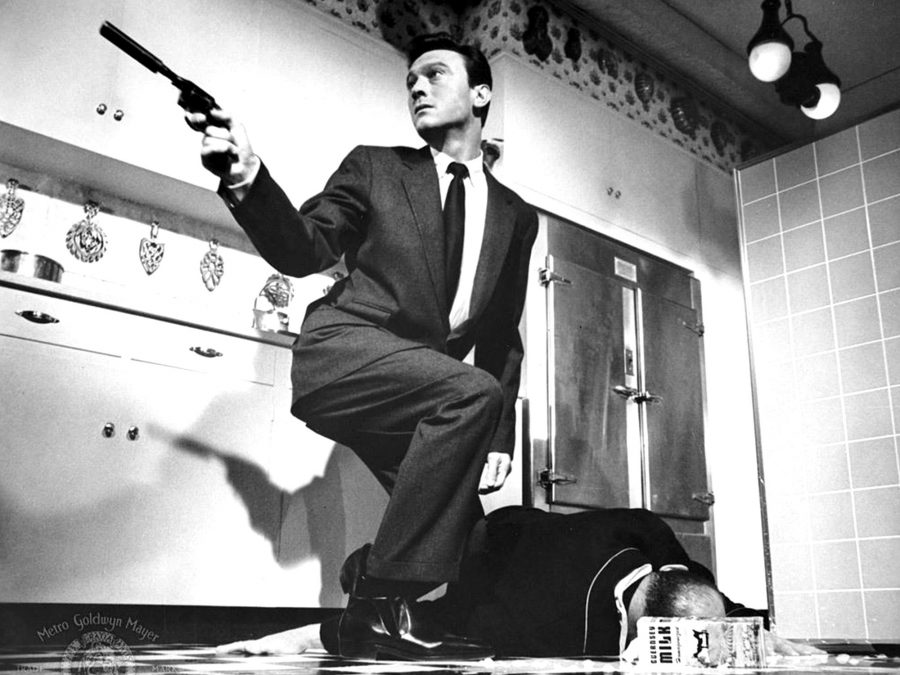 As seen in The Manchurian Candidate (1962)

An example of mother knows hypnosis best, Angela Lansbury orchestrates a brainwashing operation on her son, Laurence Harvey, knowing he’ll attend political conventions around crunch time. The trigger that activates mind control? A Queen of Diamonds playing card. Of course, it’s dicey ground, especially during poker nights and family viewings of Now You See Me 2. Nevertheless, it’s a ludicrous scheme that strikes a chord with paranoid fantasists and the Hollywood executives who greenlit Jonathan Demme’s 2004 Denzel versus Meryl remake.

Chances of working in real life: Brexit’s Leave campaigners hired Paul McKenna – and as a result, 52 per cent of Britons quit smoking. 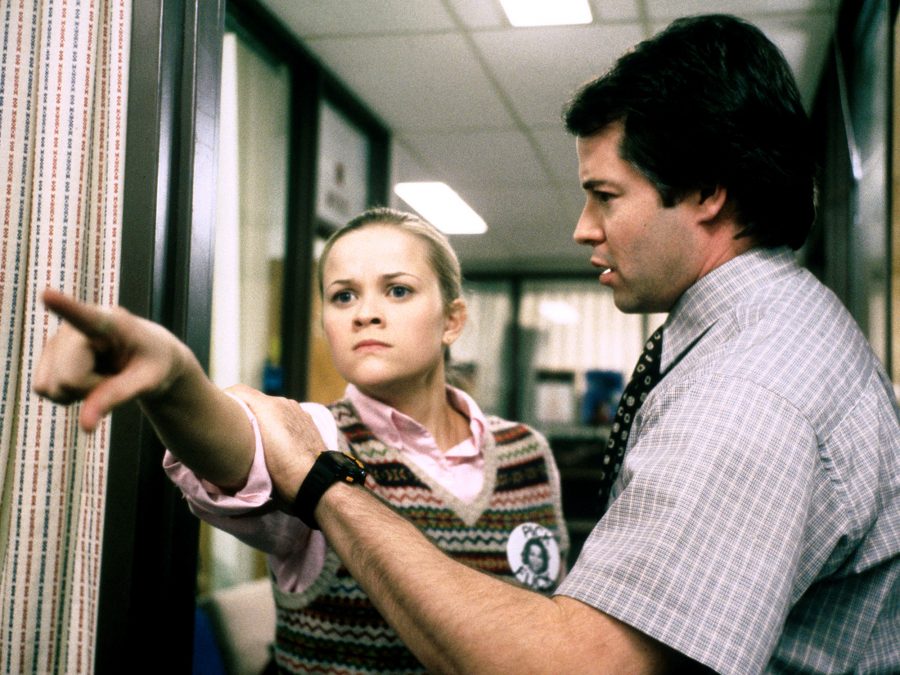 Bin your opponent’s votes and posters

The presidential election is basically a high school popularity contest on a national scale. So for anyone under the voting age, the student body presidency is essentially a dress rehearsal for the real deal. In Alexander Payne’s hyperactive teen comedy, Reese Witherspoon’s campaign targets the youth demographic (i.e. fellow pupils) by tossing a rival’s posters into a skip. Then, to complete the playground politics, Matthew Broderick’s Bad Teacher manipulates the tally out of spite. It’s the kind of conspiracy theory feared by voters who bring pens to the booth.

Likelihood of working in real life: The school cleaner in Election foils the plan on his own, and America has plenty of attentive janitors. So no, although votes do sometimes go missing. 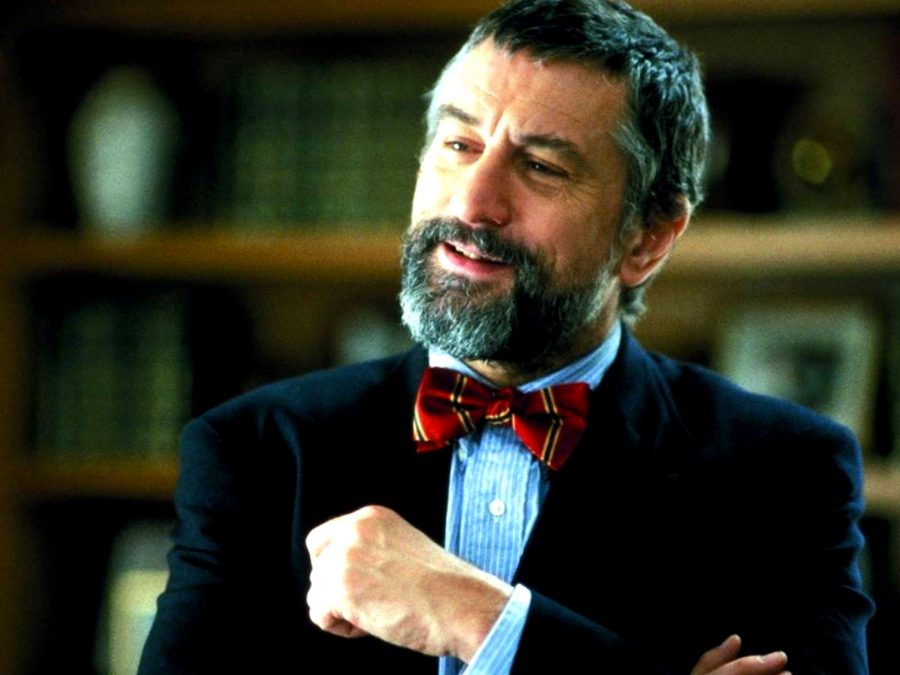 Distract everyone with a fake war

Ah, Hollywood – architect of dreams, bulldozer of political integrity. With the Commander in Chief embroiled in a sex scandal just weeks before Election Day, a quick-thinking spin doctor (Robert De Niro) calls upon a film producer (Dustin Hoffman) for an Argo-ish operation. Together, they fabricate a war with Albania and ultimately distract the fickle public with studio-created footage. Sex may sell, but not as well as a redemption story with a Kirsten Dunst cameo.

Likelihood of working in real life: Only if you believe Stanley Kubrick faked the moon landing… 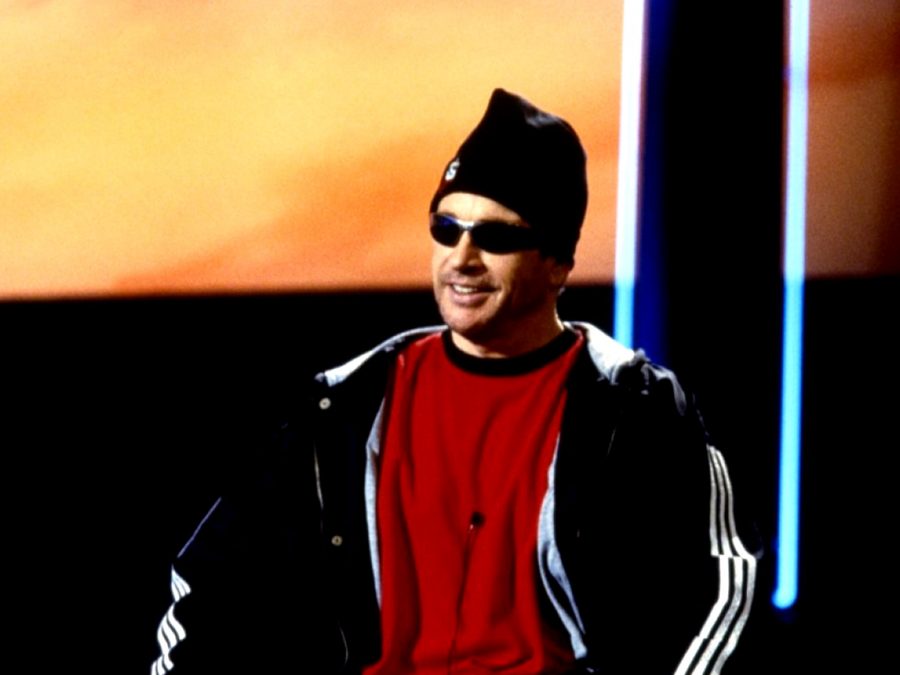 Do a comedy rap and go viral

With suicide next on his agenda, Senator Warren Beatty spends his final days on the lash and is caught on camera performing a comedy rap that goes viral – before social media. Beatty not only tells it like it is, he spits it over a beat, and is unwittingly catapulted up the polls. A timely musical gesture similarly does wonders for Napoleon Dynamite before a crucial vote; if the plot device routinely steals hearts in rom-coms too, could the presidency be decided on Jimmy Fallon’s Lip Sync Battle?

Likelihood of working in real life: “My name’s Hillary and I’m here to say/ It’s fun to rap in a presidential way.” 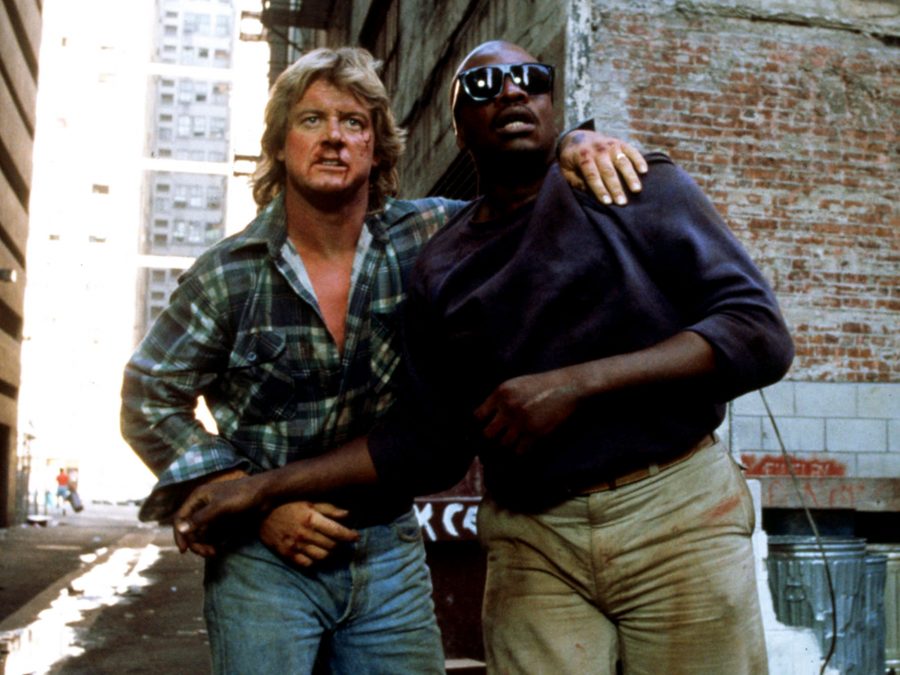 Hide oppressive messages in the media

Released in the week leading up to the ’88 Election, John Carpenter’s anti-Reagan cult sci-fi couldn’t prevent a Bush victory, but its satirical bite is still sharp today. Upon stumbling upon a magical pair of sunglasses, “Rowdy” Roddy Piper exposes the world for what it is: a media prison parading coded messages such as “CONFORM” and “OBEY”, all overlooked by aliens masquerading as politicians. When voting options involve identifying one interplanetary monster from another, perhaps a spoiled ballot would be the best outcome.

Likelihood of working in real life: No special glasses were required to witness Brexit’s poster tactics. 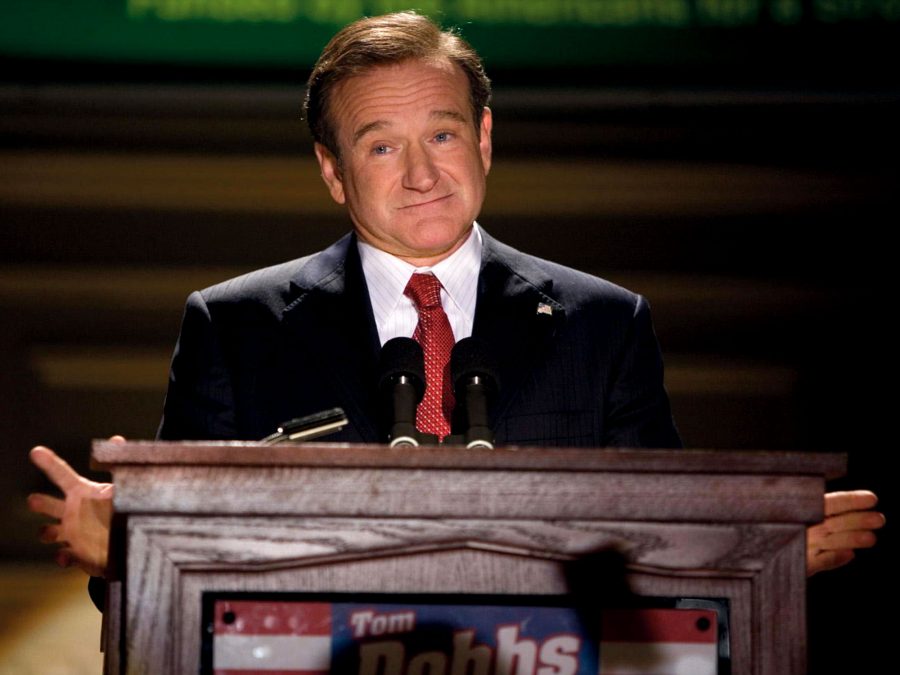 Build a huge following with a weekly TV show

American comics regularly hit the stand-up circuit to snag a sitcom or launch a movie career. Or at least, the unambitious ones do. Here, Robin Williams plays topical talk show host Tom Dobbs – an allusion to Jon Stewart – who frivolously runs for election as a gag, but subsequently defeats opponents due to natural showmanship and crowd-pleasing quips. Come Election Day, he’s crowned winner despite a computer malfunction. Why the good will? Because he’s Robin Williams. With the four years of media commitments, President of USA is the hottest TV gig available – it requires a decent showreel.

Likelihood of working in real life: Stephen Colbert’s 2008 mock presidential campaign was disqualified for breaking regulations. If only he’d hosted The Apprentice instead. 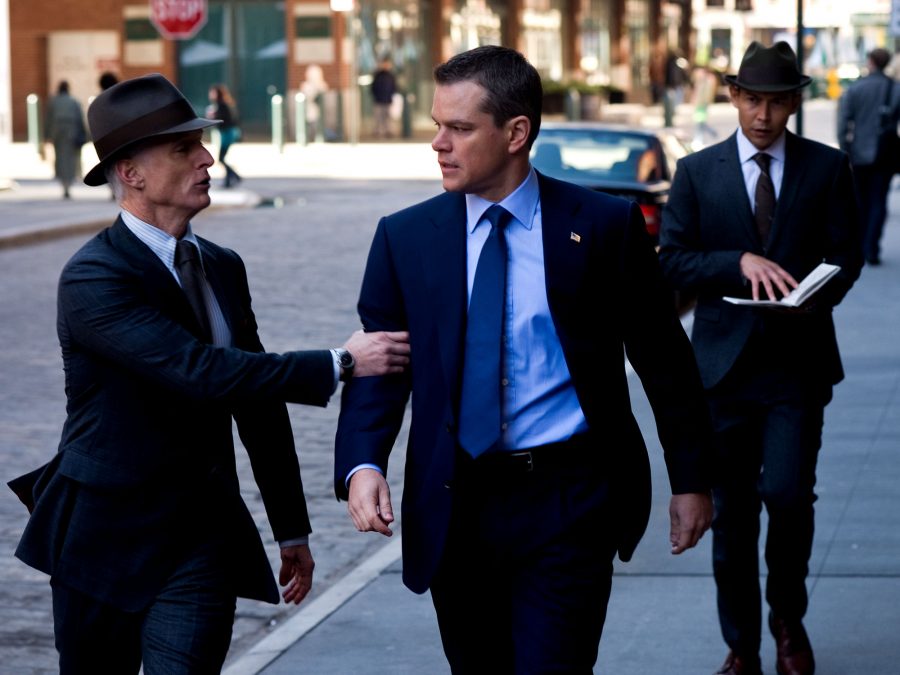 One of the dumbest films in recent memory, even without the hat stuff, George Nolfi’s adaptation of a Philip K Dick story imagines a shadowy organisation fixated on bringing Matt Damon home to the White House. The Adjustment Bureau, responsible for the Roman Empire, claim free will could lead to World War Three, and thus they deem Damon – who’s blissfully unaware of his clingy backers – to be the safe option. (To be fair, he doesn’t have the demeanour of someone who’ll declare nuclear warfare.) He’s not the messiah; he’s apparently a very presidential boy.

Likelihood of working in real life: Given the incompetence of the UK politicians put in charge of the post-Brexit clean-up, it’s hard to imagine even the simplest conspiracy theory being plausible.