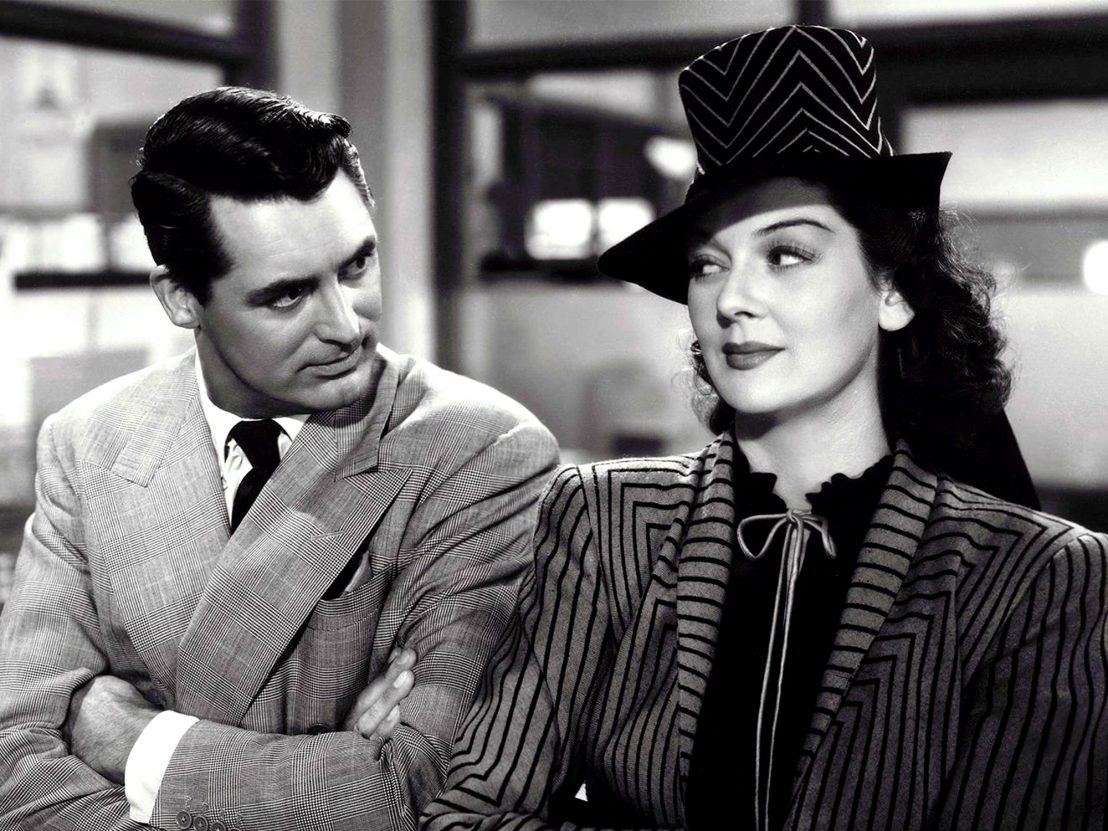 The opening title card of Howard Hawks’ classic Hollywood comedy His Girl Friday contains a simple but apt warning in hindsight of viewing. At the end of its introduction, the card simply asks the viewer “Ready?” From there, we are fired through one chaotic day in the dark but hilarious life of a newspaper, as if literally shot out of a canon. But Hawks’ film represents a radical shift in Hollywood comedy, not just in the sheer speed of the dialogue, but in how dark a narrative it was willing to use for laughs.

His Girl Friday follows one hectic day at The Morning Post. Hildy Johnson (Rosalind Russell) has left the newspaper and has come to say goodbye to her editor and recently divorced ex-husband, Walter Burns (Cary Grant), who owes her money. Hildy is about to leave for a new, small-town life with her fiancé Bruce (Ralph Bellamy). Agreeing to go to lunch with Walter before catching their train, the editor concocts a world of intrigue in order to prevent them from leaving, hoping he’ll get Hildy back as both his wife and star reporter. With the turmoil from a recent criminal case and pending public execution lingering over the city, perhaps the biggest story of the year may just make the choice for Hildy to stay or go a little more difficult than she anticipated.

Much is made of Hawks’ innovations in His Girl Friday. The director foreshadows them to some degree two years earlier in Bringing Up Baby, where the layering of chaos and the heightening of the frantic nature of the dialogue earnestly births screwball comedy. But Hawks’ tack is different here because there’s more at stake, partly thanks to fellow scriptwriter Charles Lederer and the film’s stage play source material. Though separated by only two years, the world is a darker place than in Bringing Up Baby, and Hawks must find a way to explore his comedy in a scenario that is believable in an era tearing itself apart.

For context, the scenario of His Girl Friday, which remains one of Hollywood’s funniest comedies, is also one of its most charged. Putting aside for one moment the break up of a relationship concocted by an ex, essentially the drama figures around the clock ticking down to a public hanging. Add to this the fact that the man is being executed for the manslaughter of a black police officer in a scheme deployed by the state governor to ensure that community’s votes in the coming election, and what is left is a film that, on paper at least, seems miraculous to end up funny. But Hawks knows that laughter can be a powerful way to manoeuvre through such grim, complex realities. 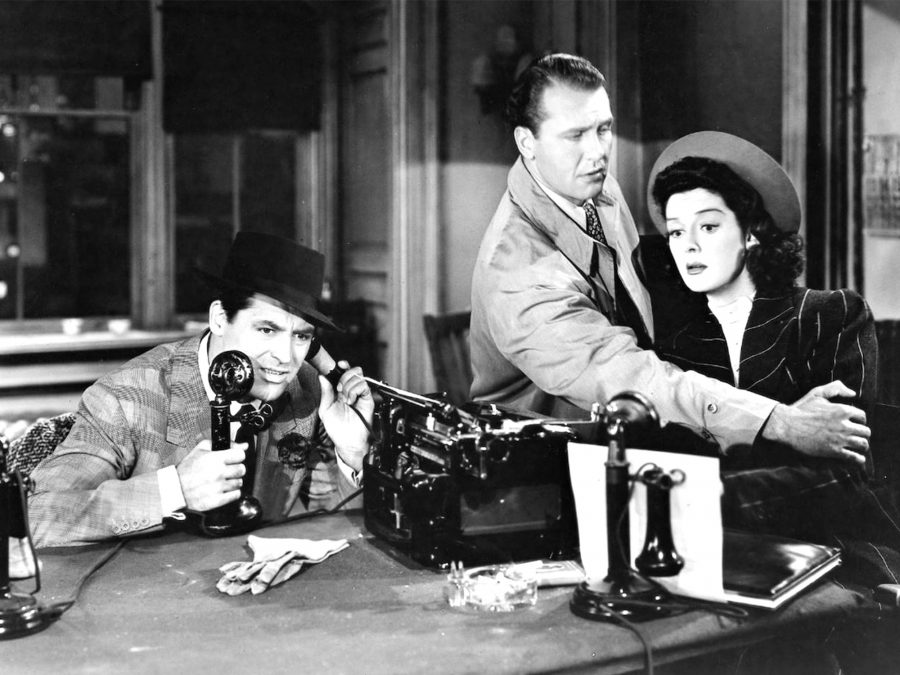 Much has been made of the massive shift in Hawks’ approach to dialogue in the film, aided equally by his leading performers. Clearly taking influence from Orson Welles’ Mercury Theatre, dialogue is no longer the typical call-and-response of classical Hollywood scripts but instead an overlapping, constant layering of characters firing lines simultaneously. It contains more than two-and-a-half times the amount of words per minute for a Hollywood film of its era (around 240; way above the average of 90). Add to this the already fast wise-cracking nature of the period, and it’s clear that Hawks set himself and his stars a challenge.

This one single shift changed the whole of His Girl Friday, especially its production. It came in several days over its allotted schedule due to the amount of time and planning it required to get the dialogue right. More than the usual amount of microphones were needed to catch every character’s uttering, and usually simple scenes of conversations, whether in cafes or offices, took days to shoot due to the positioning of everything around the rhythm of the dialogue. Even Rosalind Russell, unhappy with the quality of her original lines and building on Hawks’ instruction to improvise, brought in an advertising copywriter to give her sharper material.

Sometimes the laughter and tragedy in His Girl Friday are in such close proximity that it’s difficult to know how the comedy still works. After one character, in her utter dismay at the injustice befalling her friend, jumps to her death from an open window overlooking the public gallows, Hawks fires some of his strongest comedic moments at us. If only because of the shifts being so quick and the dialogue scattering like machine gun rounds does this approach work; the frenetic rhythm of life smoothing over the cracks in the darkness.

Yet, in taking (and winning) the gamble with such a morbid original stage play, Hawks and his cast produced what is still arguably one of Hollywood’s finest and most radical comedies, as well as one of its fastest.