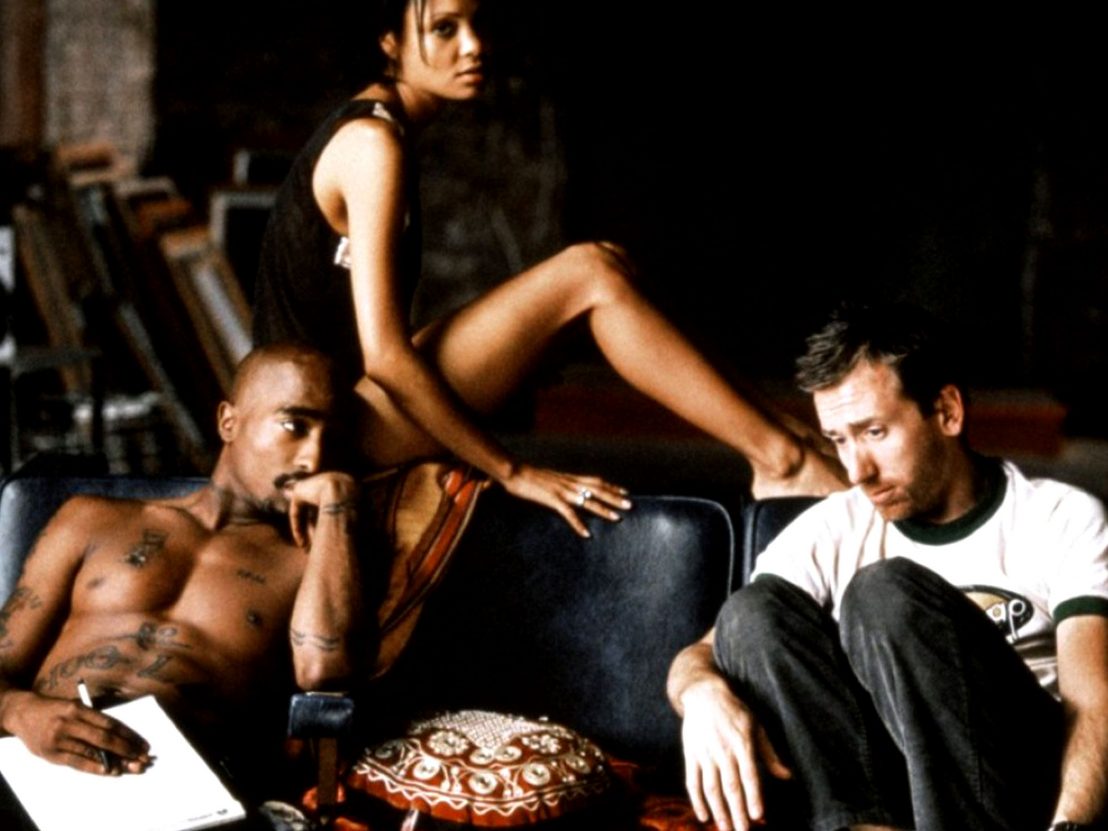 If you’re among America’s poorest citizens, the future of healthcare will seem more than a little precarious right now. Especially given the President-elect’s determination to dismantle every key aspect of Obama’s Affordable Care Act; yes, he really did just recruit staunch ObamaCare and abortion opponent Tom Price to his cabinet.

Just nine days after Trump is inaugurated as the 45th President of the United States, Vondie Curtis-Hall’s criminally underrated Gridlock’d turns 20. The film’s mockery of how American healthcare mistreats its weakest, most vulnerable citizens feels more relevant today than ever before.

Set in Detroit, Gridlock’d shows America in decay. Walls and furnishings look soiled; grot and grime appear to pour from the screen. The film focuses on two working-class junkies, Spoon (Tupac Shakur) and Stretch (Tim Roth), who decide to enter a drug rehabilitation programme after their housemate and fellow jazz-cum-poetry bandmate, Cookie (a brilliantly sassy Thandie Newton), overdoses after trying heroin for the first time on New Year’s Eve.

When Spoon and Stretch call an ambulance, Shakur’s character feels more comfortable lying to the operator. He desperately pleads: “There’s a whole bunch of black people shooting and talking about revolution. You better send someone.” No one comes. By the time they finally get Cookie to a hospital, an apathetic worker is more concerned with getting Spoon to fill out forms. After being sarcastically told he’s missed a box, he begs for a doctor, only to be told: “I’ll let the bitch die if you speak to me like that.” 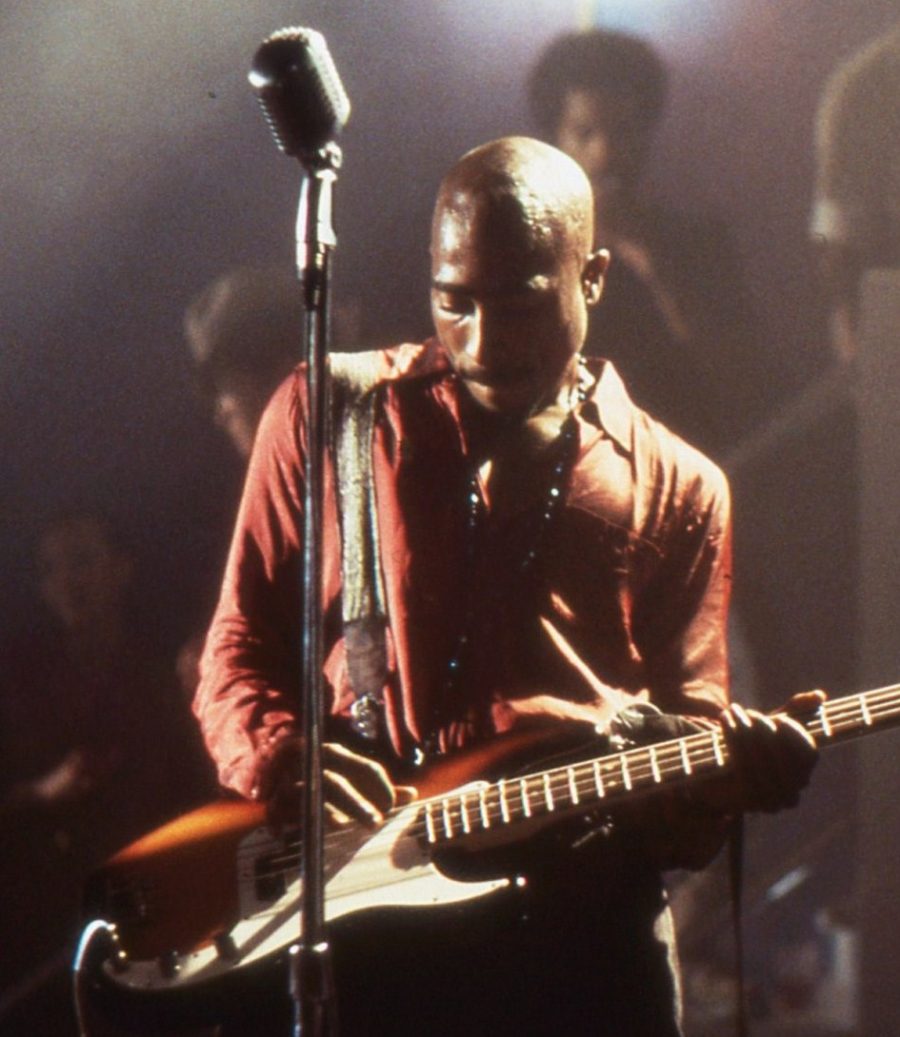 Largely autobiographical, director Curtis-Hall – who has never made a better film (he later directed Mariah Carey in Glitter) – based Gridlock’d on his own experiences growing up in Detroit. “One day my best friend, our bassist, and I were sitting around and decided that maybe we could actually play better if we weren’t stoned all the time,” he revealed upon the film’s release. “The next day, we went to try and get into rehab and we ended up wandering around from place to place, no one giving us any help.” Gridlock’d is silly at times, with Roth and Shakur’s many hapless run-ins with Blaxploitation-lite villain and drug dealer D’Reper (menacingly played by Curtis-Hall himself), painting their double act like some sort of street-smart Laurel and Hardy. But the film’s brutal satire of bureaucracy is where it really shines.

Roth and Shakur are passed around council buildings like rag dolls, with their government making it abundantly clear it doesn’t care for junkies getting clean. In the film’s best scene, a blind, elderly war veteran (played by Howard Hesseman) trashes the lobby of the Department of Social Welfare with a piece of metal having grown tired of being treated like a statistic. He ironically screams “name, rank, serial number” over and over, as desk shrapnel flies into the air. And as his superbly named Rottweiler ‘Nixon’ aggressively patrols the building, attacking and forcing working class people to cower on top of desks, it isn’t hard to imagine the parallels to what Tom Price and Mike Pence might soon do to Planned Parenthood.

With the concept of rehab looking more and more unlikely, Stretch, already suffering from a gun shot wound, and Spoon decide that the best way for them to get clean is to end up in hospital to “get off these streets”. In a back alley, Shakur asks Roth to stab him, comically pointing to a part of his torso that he’s convinced will not result in any damage to major organs. As they finally stagger into the hospital waiting area, dripping blood all over its pristine floors before collapsing, both men are sniffed at by doctors like stray animals, only to be deemed not sick enough for a hospital bed. Desperately sitting together on a bench in one of the film’s closing shots, their return to heroin feels inevitable.

The central duo’s chemistry is tremendous, with Shakur obviously in awe of the classically trained Roth, and the British actor equally struck by the raw magnetism of his co-star. Interviewed ahead of the film’s release a then 25-year-old Shakur, who had found himself on the wrong side of the law many times before, spoke of the role like it was his career peak: “Playing Spoon works as I’m a consultant for the bureaucracy, I know all their run-arounds. I’m still going to court now for things that happened when I didn’t have hair on my face.” Tragically, Shakur’s brutal murder in a drive-by shooting four months before the film’s release derailed its impact on popular culture.

Gridlock’d closes with the three central character’s fictional band ‘Eight Mile Road’ performing in a dimly-lighted club. Newton’s poet Cookie spits at the audience “If you don’t have insurance, it ain’t nothing but survival of the fittest,” while bass player Shakur passionately raps: “Life is a traffic jam, I’m stuck, when will you realise you’re fucked?” Should Trump dismantle ObamaCare in 2017 as previously promised, then America’s poor could come to that realisation sooner than you think.