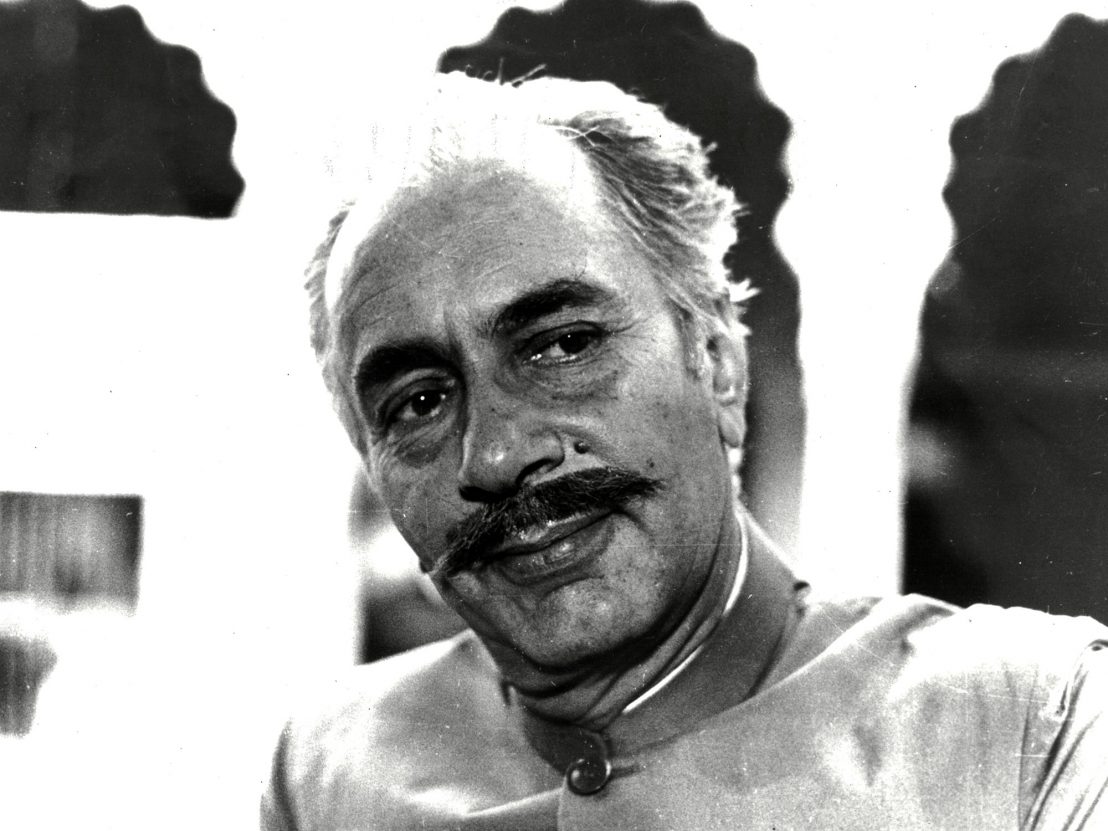 The Partition of India in 1947 was a seismic event. After gaining independence in 1945 from centuries of British colonial rule, India – a region of myriad languages and religions, the biggest being Islam and Hinduism – was separated under the pretext of easing religious tensions. A massive exodus began, with Indian Muslims heading West to the newly-created Pakistan, and Indian Hindus heading in the opposite direction. All sides lost ancestral lands, roots and possessions, but the greatest tragedy was the bloodletting that took place throughout the population exchange.

Lives remained affected long after the dust had settled: the sense of loss, the threat of violence, and the disorientation of starting again lingered on. Seventy years on, cinema continues to act as a powerful lens through which to explore its effects on ordinary people. Partition as a subject in Indian cinema took off around the early 1970s, with a surge in output in the 1990s. Here are five thought-provoking works from the subcontinent which capture the experience and aftermath of this major historical event, helping us to understand the complex relationship that exists between Pakistan and India.

MS Sathyu’s debut feature, shot on a shoestring budget of two lakhs, remains a landmark film of Hindi cinema. Nominated for the Palme d’Or at the Cannes Film Festival and India’s official Oscar entry, it asks hard-hitting questions about home, belonging and the politics that manufacture schisms and tensions amongst once harmonious populations. Based on an unpublished Urdu short story by Ismat Chugtai, the film is set in 1947 and follows the drama of Salim Mirzai, a North Indian Muslim businessman who makes the difficult decision not to relocate to Pakistan after Partition.

Their rejecting Pakistan’s “one nation, one religion” vision and trusting in that their ancestral homeland India will not shut them out is a gamble that Mirzai slowly realises he has lost. He and his family must contend with the prejudices of non-Muslim Indians; the pressure from Pakistani relatives urging them him to leave; the Indian government’s economic sanctions; and the emotional weight of slowly being disowned by one’s county. Sathyu depicts the early years following partition with psychological depth and humanity, using music to sparse and striking effect by including one traditional qawwali song from Ustad Bahadur Khan. Digitally restored and screened in 2014, Scorching Winds received standing ovations from Mumbai audiences.

Based on the novel of the same name by Bhisham Sahni, the events described in TV mini-series Tamas are based on true accounts of the Rawalpindi riots of 1947. Govind Nihalani’s screen adaptation tells the story of immigrant families during the Indian Partition through a Sikh and Hindu husband-and-wife. The man, a sweeper named Nathu (played by the late, great Om Puri) is bribed by a local Muslim politician to kill a pig for a vet. When the carcass is discovered on the steps of a mosque the next morning, the town, already ridden by religious tension, erupts into a rage. Muslims massacre scores of Hindus and Sikhs, who, in turn, kill every Muslim they can find. British administrators call in the army to prevent further violence, but the damage is long done to inter-community trust, and in the minds of its survivors.

The film sparked controversy at the time, with some nationalists claiming it painted Hindus in a negative light. Yet both the book (written a cool-headed 40 years after Partition) and Nihalani’s adaptation approach historical events with considerable nuance. Tamas drives home the fact that all communities have fanatic elements who believe they are the voice of the whole community – whereas most simply want to live in peace. In some ways, the strong public reaction (which saw Nihalani placed under police protection for eight weeks) led to a legal breakthrough: the Indian Supreme Court passed a ruling asserting the right to freedom of expression on TV that same year.

The second film in Deepa Mehta’s Fire, Earth and Water trilogy, Earth is based on the 1988 novel ‘Cracking India’ by Bapsi Sidhwa. It focuses on the romance between a Muslim youth and the beautiful Hindu ayah (a colonial construct that used to designate servant; here, nanny) to our eight-year-old narrator, Lenny. Lenny is the daughter of a middle class family of Parsees, Indians of Persian Zoroastrian ancestry. Mehta prioritises a female version of history, exploring macro political events at the micro, local level in 1947’s Lahore via these three ordinary characters. Through the eyes of Lenny, we are witness to a blossoming romance between her nanny Shanta (meaning, significantly, “peace”) and Hasan, a gentle Muslim boy known as the Masseur because he invents ayurvedic oils for a living.

Religious difference appears not to be a hindrance at first, but that soon changes: belonging to a minority Hindu community in a Muslim-dominated area, Shanta becomes an easy target for a toxic mix of religious-sectarian and gendered violence. Hasan intends to switch his faith from Muslim to Hindu out of love for Shanta and take her to safety in India, but violence escalates, endangering the lovers, trying the neutrality of Lenny’s Parsee community, and tearing Lahore apart. Earth is a romantic drama that stands alone as a beautiful, empathetic film, but it is equally a searing look at the heavy price paid for the actions of men by Hindu, Muslim and Sikh women.

Kushwant Singh’s classic postcolonial novel ‘Train to Pakistan’ was adapted for the screen by Pamela Rooks in this moving, semi-documentary style Hindi film. It focuses on Mano Majrah, a small Punjabi town on a key railway line near India’s new border with Pakistan. This majority Sikh town with its small Muslim minority becomes a microcosm for the racial, religious and political upheaval around the country when the locals’ mutual tolerance steadily disintegrates. The unrest and bigotry building on the outside begins to pressure its inhabitants to act in kind. When a train arrives in Mano Majrah carrying the bodies of Sikhs slaughtered as they fled Pakistan, some local Sikhs, hoping to use the chaos for their own ends, plan a revenge attack on a train packed with Muslim families fleeing to Pakistan.

Seen mostly through the eyes of Hukum Chand (Mohan Agashe), a just but conflicted Hindu village headman, Train to Pakistan’s inclusion of the Sikh community adds historical accuracy and complexity to a conflict often painted as largely Hindu versus Muslim. It also shows how important railways were in the story of Partition; a locus of violence that combined death and migration, trains would often arrive on both ends carrying corpses. This subject matter was still contentious half a century later: the Indian Censor Board demanded cuts, and the movie was finally released after appeal.

A Canadian production filmed in both British Columbia and on-location in India, Vic Sarin’s two-hour, English-language film received criticism for appealing first and foremost to Western audiences. Partition isn’t the sole focus of the film, but rather the impetus that drives its love story. Gian (Jimi Mistry) is a Sikh soldier who resigns from the British Indian Army after World War Two. Tired and disillusioned, he wants no part in the revenge attacks which his brother and fellow villagers are committing against Muslims en route to Pakistan. When he finds the 17-year-old Muslim girl Naseem (Kristin Kreuk) in the forest – a survivor of one of these attacks – he brings her into his own home and sets about trying to locate her family. Naseem’s presence angers Gian’s village community, but they gradually come to accept her: she eventually marries Gian and gives birth to his son.

However, when Gian’s old friend Margaret (Neve Campbell) brings news of Naseem’s family, Naseem embarks upon a dangerous crossing into Pakistan to see them. Mistry, Kreuk and Campbell bringing in skilful performances, whilst director Sarin helms the cinematography to beautiful and harmonious effect. The dreamlike colours and vivid lighting drives the impression that this could be a universal story of forbidden love. Ultimately, it is perhaps this looser interest in its own historic backdrop that makes Sarin’s film divisive. Yet Partition’s depiction of the universal struggle to be free to love and live makes for a hopeful account of a heavy past. 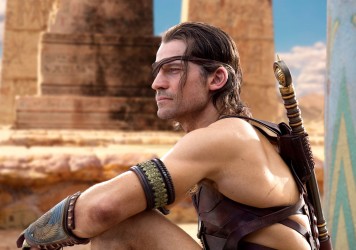