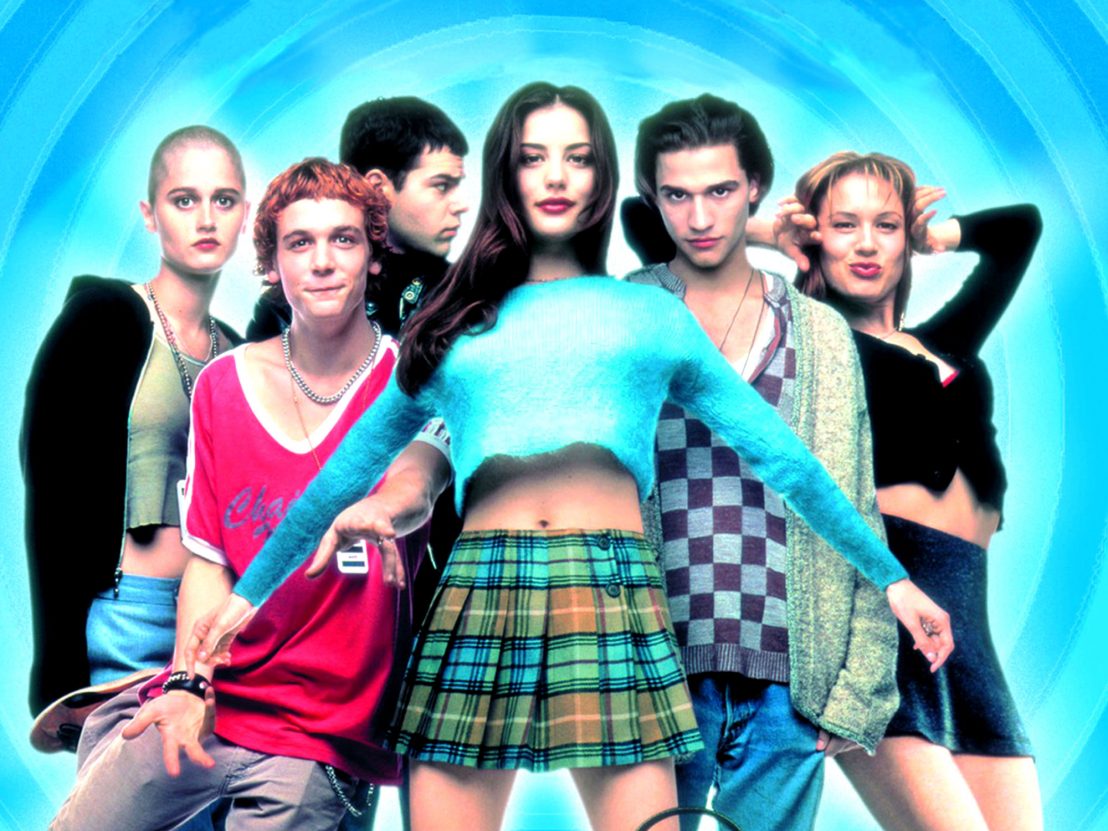 In Allan Moyle’s 1995 film, the young employees of the eponymous independent record store are a clichéd bunch. There’s the good girl, the slut, the goth chick, the artsy kid, the weirdo, the rocker, the stoner and the wannabe. But despite their differences, when the big bad corporate ‘Music Town’ tries to buy out Empire Records – over the course of a very eventful day – they must set aside their differences in order to save their beloved store. Above all else, the soundtrack enhances the film’s emotional rawness, speaking to teenage viewers on their own level.

Music is the glue holding everything together here, and the soundtrack plays a significant part in bringing the characters to life and making their struggles relatable. When depressed Deb (Robin Tunney) comes to terms with her failed suicide attempt, she shaves off all her hair. She performs this cathartic act to ‘Free’ by The Martinis. It is a purifying moment, reiterated by the repeated “free for the moment” refrain. Later on, the team hold a faux funeral for Deb, in an attempt to show her how much she would be missed. Music is conspicuous by its absence during this ‘ceremony’, marking it out as a moment for reflection in an otherwise aurally overloaded film. The considered use of soundtrack enables the film to tackle heavy themes, without feeling trivial or contrived.

Music is also used throughout the film to reinforce character traits. When floppy-haired arty type AJ (Johnny Whitworth) declares his love for good girl Corey (Tyler), ‘Romeo & Juliet’ by Dire Straits spins in the background, setting up their precarious, amorous destiny. Similarly, when Gina (Zellweger) decides to live up to her slutty girl stereotype and seduce visiting pop star Rex Manning, Edwyn Collins’ ‘A Girl Like You’ plays out, confirming her self-confident floozy status. Later, when Gina fulfils her dream of singing in a band, ‘Sugar High’ by Coyote Shivers – which contains the lyrics “They all said ‘she’s just another groupie slut’ / And I said I thought you’re anything but” – is heard. The performance allows Gina to finally shake off her stereotype. 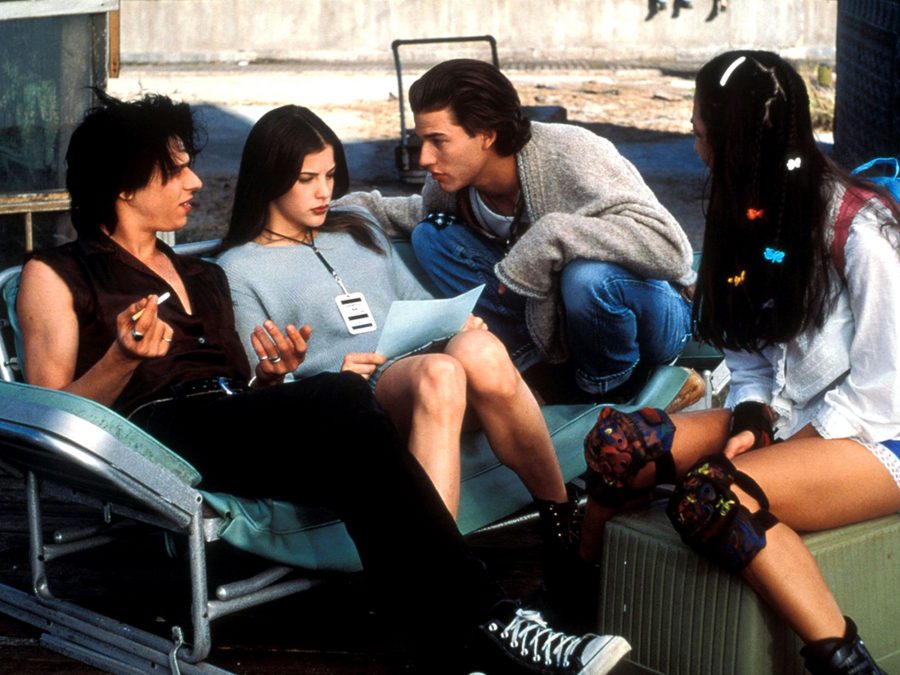 Released the same year as Clueless, Empire Records couldn’t be further from Amy Heckerling’s clean cut, preppy classic. Much like its eclectic cast of free-spirited protagonists, the film holds its own in the face of conformity. One of its enduring motifs is Lucas’ (Rory Cochrane) rebellious motto “Damn The Man!”, as alluded to in some of the edgier soundtrack choices, most notably ‘I Don’t Want To Live Today’ by Ape Hangers and the ironic ‘Money (That’s What I Want)’ by The Flying Lizards.

Given that the plot concerns the corporate takeover of a smalltown business, songs of a counterculture nature are a welcome addition to the soundtrack. But while there is a political edge to proceedings, the catchy tunes that accompany every montage also serve heighten the sense of youthful abandon and the nervous excitement that comes with being a teenager. The use of The Buggles’ ‘Video Killed the Radio Star’ is especially poignant; just like the vinyl discs which fill the racks, the employees’ summer of liberation cannot last forever.

Empire Records is a film that captures the transient moment between being young and growing up arguably better than any other film of the era, leaving us with the timeless message that being yourself is all that really matters.