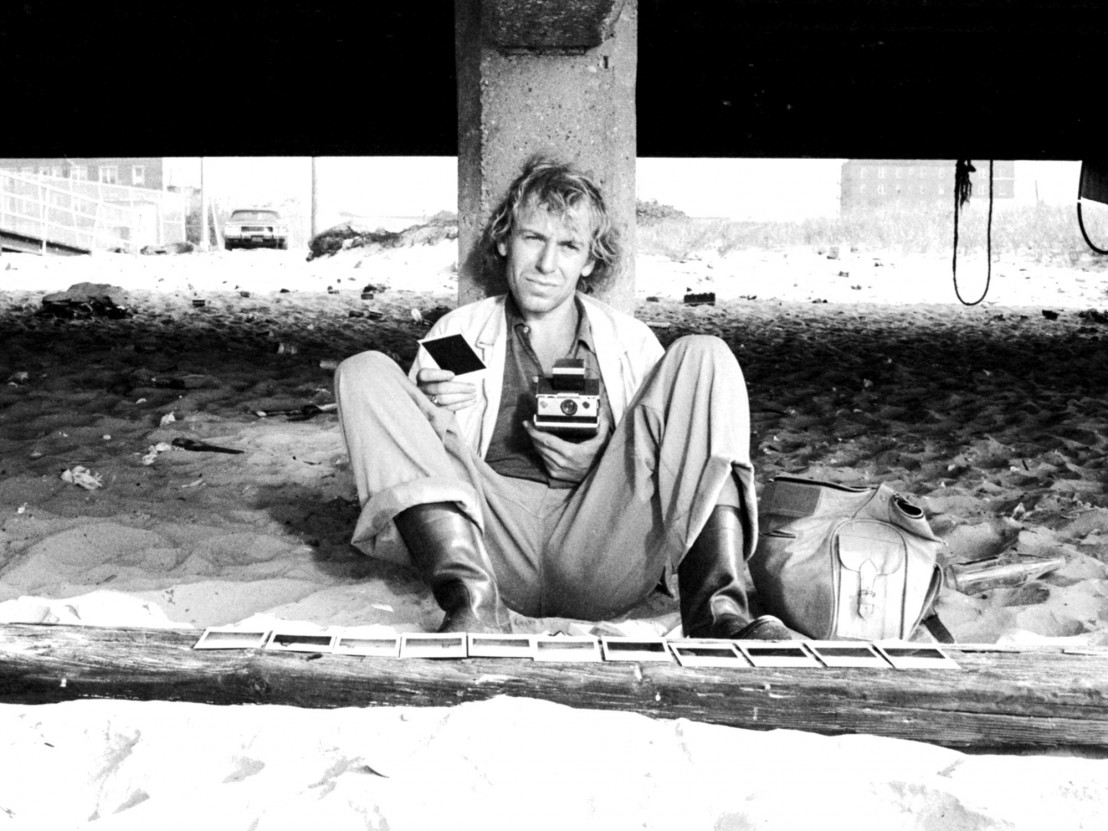 The open road. A dusty stretch of hot asphalt disappearing over the horizon. Behind you, the old way. Ahead, a bright strip of endless possibilities, peppered with rock’n’roll, pinball machines and Coca Cola.

These are the American road movie tropes we know and love. But this isn’t America, this is Germany, and to carry on down that road as a European is to acknowledge your own colonisation. At least, that’s how Wenders’ alter egos see it in the sprawling Road Movie Trilogy, a lyrical collection of films that begin on the empty highways of America, stretch across Europe and stop off for a big helping of culture angst along the way.

Angst, identity and fragmentation are the bread and butter of New German Cinema. The three films in the Road Movie Trilogy each feature a young German man (all played by Rüdiger Vogler) both at odds with his country’s history and with American culture, which had begun invading West Germany in the 1970s.

Trilogy opener Alice in the Cities is an experimental low-budget film which was shot on 16mm during Wenders’ first trip to America. It’s a gentle, sincere film that ushers in the themes of alienation and angst that would later define Wenders’ work: Philip Winter, the film’s protagonist, is experiencing an acute identity crisis while driving down America’s iconic highways.

He sets out to document the country, but somewhere along the way he’s been eclipsed by the emptiness of America, with its absent-minded consumerism and vast empty roads. He admires certain aspects of the American ideal, but he doesn’t ‘get’ the culture, which frustrates him. He suffers from writer’s block, he obsessively takes photographs, he lashes out at a TV playing adverts, he attacks America’s corruption of the film industry and its commoditised entertainment.

It’s the same story in Wrong Move, a film that opens with violence. Wilhelm puts on a Chuck Berry record, then punches through a plate glass window as he struggles to write. As with Alice in the Cites, American culture (in this case, the rock’n’roll records that Wenders himself loves) is the source of his angst.

The third film, Kings of the Road, offers something different. Bruno has mellowed. He’s less frustrated and happier to adopt a new culture. Or maybe he just doesn’t care all that much. He’s a salt of the earth kind of guy, with his truck and his American music. He’s a repairman who drives from cinema to cinema with a hitchhiker, discussing the deterioration of German cinema along the way. The venues they stop at are all playing American features and pornography; Wenders’ own cinemas were full of American imports after post-war restrictions were lifted.

Wenders lived in America for a while before returning to Germany. He romanticised the road movie aesthetic – the unmistakable parts of America that look like an Edward Hopper painting. But American culture ultimately left the director and his alter egos alienated: too German to feel at home in America; too American to feel at home in Germany.

The words “America has colonised our consciousness,” are spoken over a bottle of Jack Daniels, in a shack next to the Berlin Wall covered in GI graffiti. This line comes right at the end of the trilogy yet it perfectly captures its essence, summing up what if feels like to be a foreigner in America – even when America is actually Germany.

Wim Wenders: Road Movie Trilogy will be released on Blu-ray 31 May courtesy of the Criterion Collection.