Discover the hypnotic mystery of this nihilistic thriller 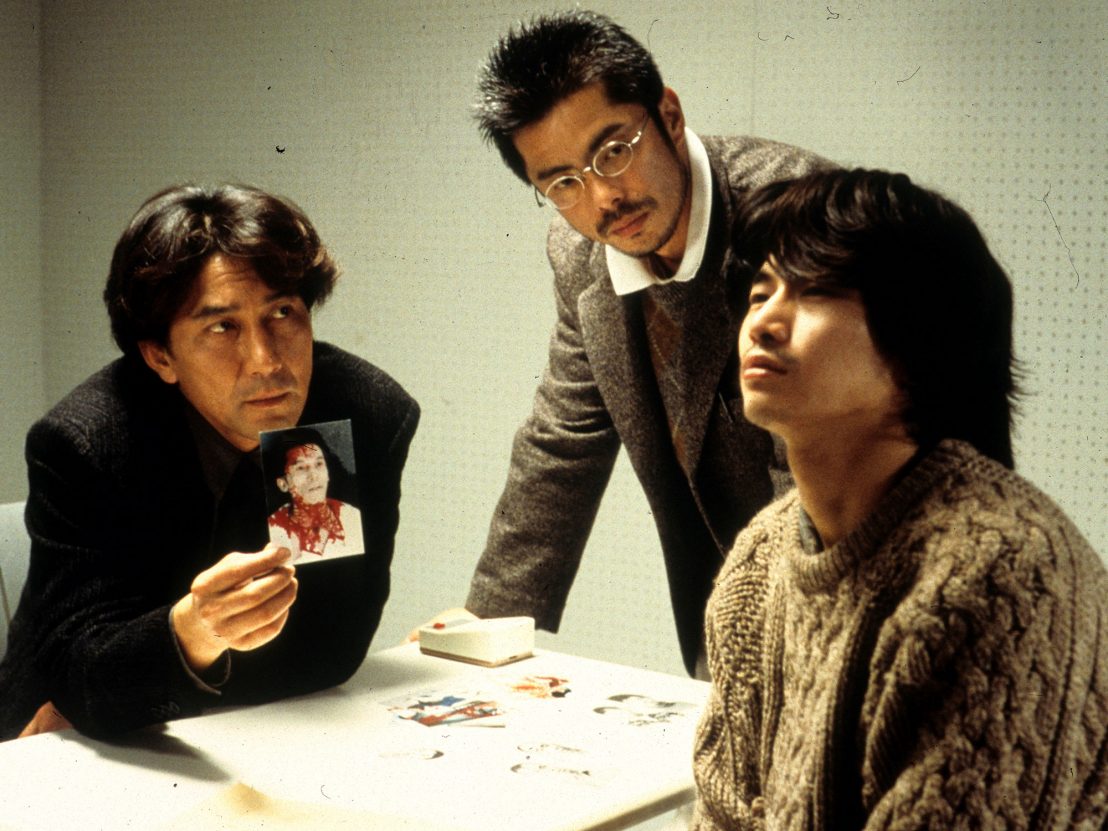 “It’s not good to work too hard. You look sicker than your wife to me.” In Kiyoshi Kurosawa’s Cure, police detective Takabe (played by Koji Yakusho in his first of many roles for Kurosawa) is told this by the psychiatrist of his wife Fumie (Anna Nakagawa). Helpless and confused, Fumie is apparently suffering some kind of dementia, leaving it to Takabe to look after her when he is not trying to solve a bizarre series of murders. Yet in a film whose very title is suggestive of illness (and its alleviation), Fumie’s symptoms – disorientation, bouts of forgetfulness – are shared by several other characters, including both the strange amnesiac drifter Mamiya (Masato Hagiwara) and at times even Takabe himself.

If the sickness that Cure is exploring seems all at once to be societal and spreading virally, then the crimes that Takabe investigates appear entirely analogous: a spate of murders, all perpetrated by different individuals who confess at once but are in a daze as to what they have done and why, and all involving victims whose necks have been slashed open in a distinctive X pattern which ‘marks the spot’ as the common signature for otherwise apparently unrelated acts.

As Takabe tries to determine what connects these serial killings (committed by a multiplicity of one-time killers), he is drawn to Mamiya, a former psychology student with a special interest in mesmerism. If Mamiya is the master manipulator, he is also a floppy-haired lost boy, all the creepier for being utterly unassuming. The impression remains that Mamiya, for from being the ultimate puller of strings, is as bewildered and entranced as those whom he has under his spell – just another link in a long chain of perplexed homicide and victimhood that can be traced back at least to the beginning of the 20th century, if not to the very source of Japan’s hierarchical structures.

“No one can understand what motivates a criminal, sometimes not even the criminal,” psychiatrist Sakuma (Tsuyoshi Ujiki) tells Takabe near the start of Cure, “No one understands.” Kurosawa’s film is not really a whodunnit in the traditional sense, but it is certainly concerned with broad questions of why – even as its narrative is built around an ongoing conversation between criminology and psychology (with a whole nation in the consulting chair).

All the seemingly unmotivated murders in the film expose a society of polite respectability and compliance on the surface, and barely suppressed rage beneath, with the ‘cure’ for this repressed condition a combination of displacement and projection. Divided between concern and frustration with his ailing wife, and a driven determination to do his job, the “in too deep” Takabe embodies the psychological schism that Cure diagnoses in its many characters. But the fact that he alone wears his anger on his sleeve makes him unusually resistant to Mamiya’s malign influence.

“Even if you manage to hypnotise someone, you can’t change their basic moral sense,” says Sakuma. “A person who thinks murder is evil won’t kill anyone under hypnotic suggestion.” And yet almost everyone who crosses paths with Mamiya proves open to his deadly suggestion, triggered by the young man asking insistently, “Who are you?” It is as though Mamiya’s existential question cuts to their very being, bringing out what is already inside them. What Mamiya ‘cures’ in them is merely their inhibitions and the trappings of social and cultural norms – and what remains underneath, exposed through their subsequent action, is a calmly naked aggression, and a desire, no longer hidden, to do harm.

Mamiya is obsessed with an unknown late 19th-century Japanese Mesmerist who was practising his art at a time when it was viewed with suspicion as ‘soul conjuring’ and associated with the occult. Kurosawa’s film, too, blurs the line between psychiatric rationalism and the supernatural, as it uses the remote workings of hypnosis as a metaphor for more abstract traditions of influence. By the end, it leaves viewers in something akin to a hypnotic state, unclear where reality ends and delusion (whether individual or collective) begins. Kurosawa shoots long, bringing to his potentially sensationalist material the unnervingly plain, unfussy and aloof style that would come to characterise all his later work.

Cure is an increasingly hallucinatory piece where murderousness is a disease spreading rapidly through the susceptible Japanese psyche. And where those who, in failing to confront or act on their own repressed desires, avoid the sickness, also risk becoming just another part of its aetiology. The results are chillingly nihilistic.

Cure is released in Dual Format Blu-ray/DVD by Eureka! as part of The Masters of Cinema series on 23 April. 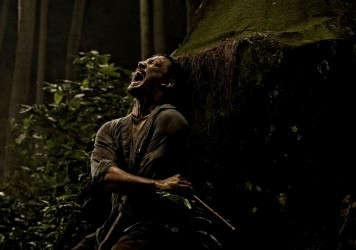