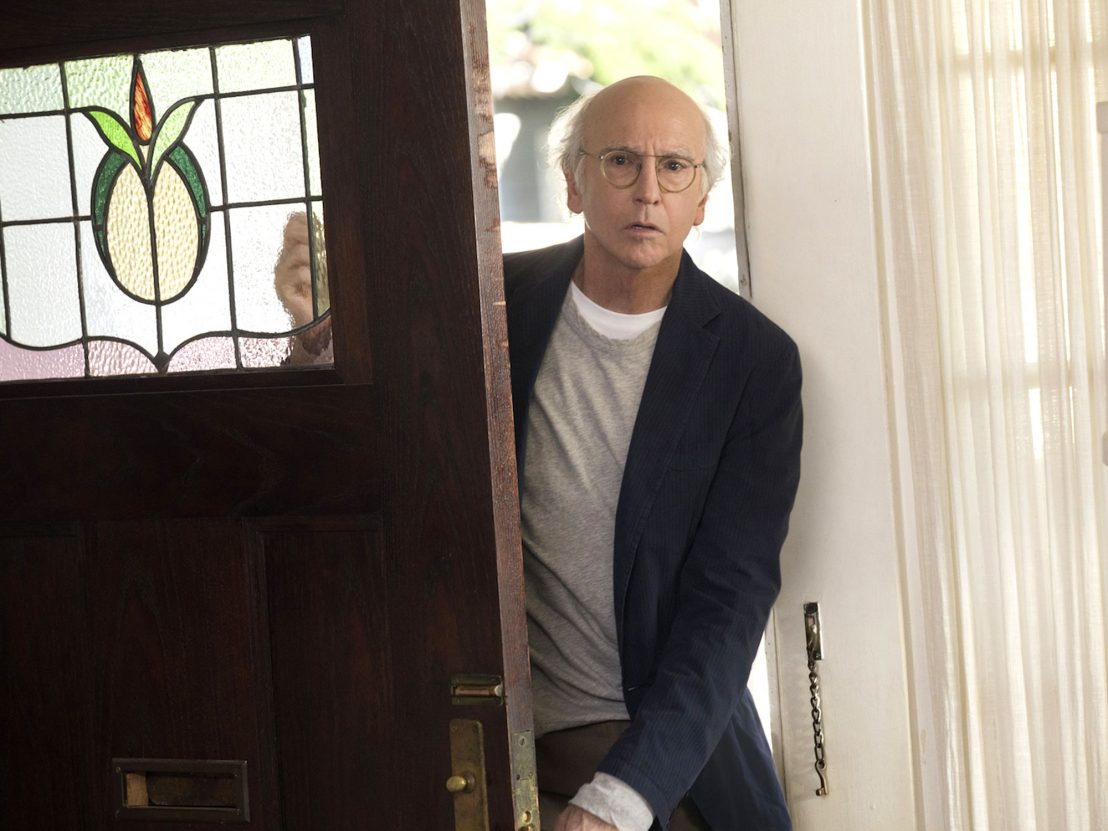 There’s one story about Larry David that isn’t funny. When the co-creator of Seinfeld received the call that the show was being picked up for a third season, he sat on his bed and cried in the mistaken belief that he’d already used up every last idea he could possibly have. There’s something beautiful about this tale of imposter syndrome, not only that David would do something as profoundly un-American and un-showbiz as feeling such feelings, but that he’d go so far as to admit it publicly.

For perhaps the greatest sitcom writer in history to display such insecurity and vulnerability about his work should make us all feel as though it’s okay to feel like we don’t know what we’re doing. He needn’t have worried though – he was the major creative force behind Seinfeld for another five years and the story didn’t end there.

In 1999, following the unprecedented back to back disappointments of the Seinfeld finale and his underrated feature film debut Sour Grapes, David could have been forgiven if he decided to spend some time alone with his fortune. Instead, he concocted Curb Your Enthusiasm, a situation comedy every bit as groundbreaking and influential as the “show about nothing” which made his name.

Curb adopted the Christopher Guest model of retroscripting, in which a detailed outline is produced by David but the actual dialogue is improvised by the actors. While the series is not a mockumentary (the pilot aside), it is shot in a style reminiscent of cinéma vérité and paved the way for shows like Arrested Development, Parks and Recreation and Modern Family. Even The Office, often viewed as ground zero for the mockumentary sitcom, arrived a couple of years after Curb (though its UK counterpart first aired in 2001).

Tonally, while Seinfeld touched on taboo topics but was restrained by the rules of network television, David has a free reign on HBO. Subjects have included death, disability, the holocaust, racism and sexuality. Since the pilot at the end of the last millennium, Curb has consistently tackled sacred cows with the joke invariably coming at the expense of its protagonist. An entire generation of comedians and television programmes have been inspired by David’s second reinvention of the medium but accept no substitutes. 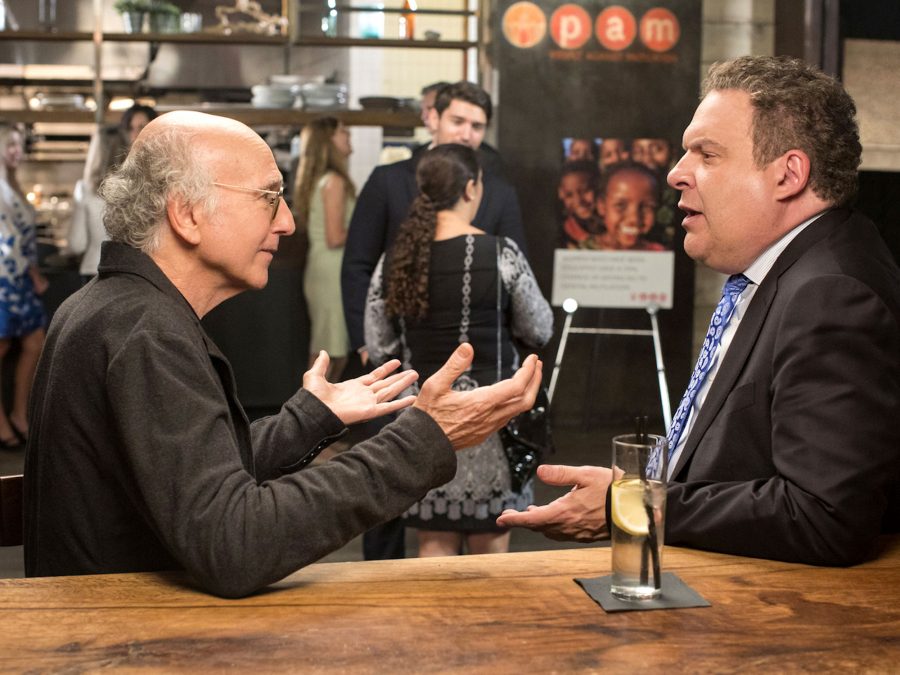 The comedian read the phrase “curb your enthusiasm” in a book and made a note of it, around the same time he asked his assistant to track down the jaunty music from a bank commercial he enjoyed. Years later, David was thinking about returning to stand-up comedy after a decade out of the game. Jeff Garlin was so enamoured with the idea that he asked whether he might be able to film this comeback for an HBO special.

David agreed but suspected his day-to-day life was too boring for a documentary and outlined some ideas for scenes around the stand-up performances. There was no script and that original outline was no longer than a page or so but it proved the genesis of a revolution. Acclaimed documentary director Robert B Weide was brought into the fold and Garlin was cast as Jeff, best friend and confidante of the on-screen Larry.

In the first few seasons, actors were working for scale, there were no trailers and celebrity guests exclusively played themselves to aid verisimilitude. The star, it is worth noting, was a television writer in his fifties with little to no acting experience. Ted Danson actively disliked the pilot but agreed to appear in the first season purely because he got on with David. Cheryl Hines, an actress with a firm grounding in improvisation, was cast as Larry’s wife since her instincts in the audition told her not to simply shout at her scene partner for every little misdemeanour. When the show first aired, one family member was so convinced by its authenticity that they called up to ask why they hadn’t been invited to her wedding.

Comedians like Susie Essman, Richard Lewis, Wanda Sykes, Bob Einstein and JB Smoove round out the cast and have seen their reputations significantly enhanced by virtue of their gifted improvisational abilities. The show’s title might have been an attempt to lower expectations after the enormous success of Seinfeld but David’s instinctive understanding of funny ensured a cult following was almost immediate. 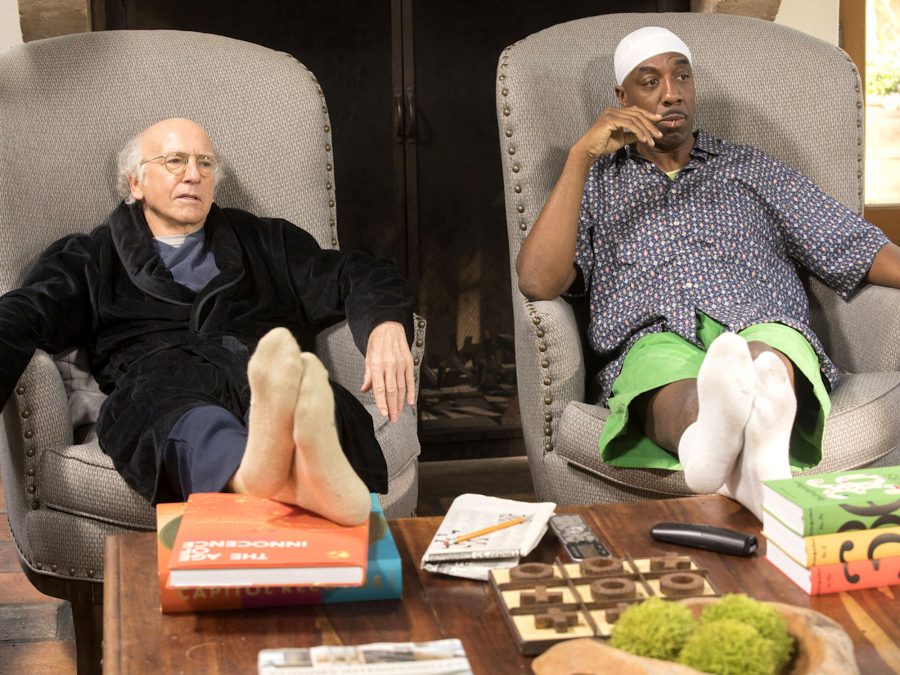 To some, the character of Larry is reminiscent of the schlemiel character of Yiddish folklore whose actions lead to an inevitable downfall and who stands in opposition to social and cultural norms. David would probably simply argue that he writes about what he knows; singlehood and New York during the Seinfeld years and the petty irritations of a wealthy American Jew living in Los Angeles in Curb.

There are no more mountains left for David to conquer. He is to sitcoms what Mozart is to music – a man who has taken the art form to giddying new heights with a combination of honesty and postmodern self-awareness. Typically deadpan, he claims Curb is only returning because he was sick of being asked if the show was coming back. Smoove, the man who plays the incorrigible Leon, is already trying to talk his boss into one more season, explaining, “Ten seasons looks good in the box set. Eight don’t look, nine don’t look good. Ten is perfect.”

Maybe there won’t be another season, perhaps the star will never work again, and lord knows he doesn’t have to. Whether he does or doesn’t, Curb will entertain viewers for decades to come and seal its creator’s place in the pantheon of comic greats. Not that he’ll care. As the great man once said when he went up to collect an Emmy for his work on Seinfeld: “This is all well and good, but I’m still bald.” 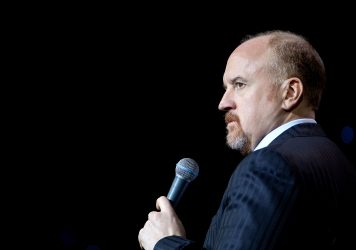