In London’s suburbs, community cinema is alive and well

Through its volunteer-led screenings, Talkies is encouraging local audiences to reconnect. 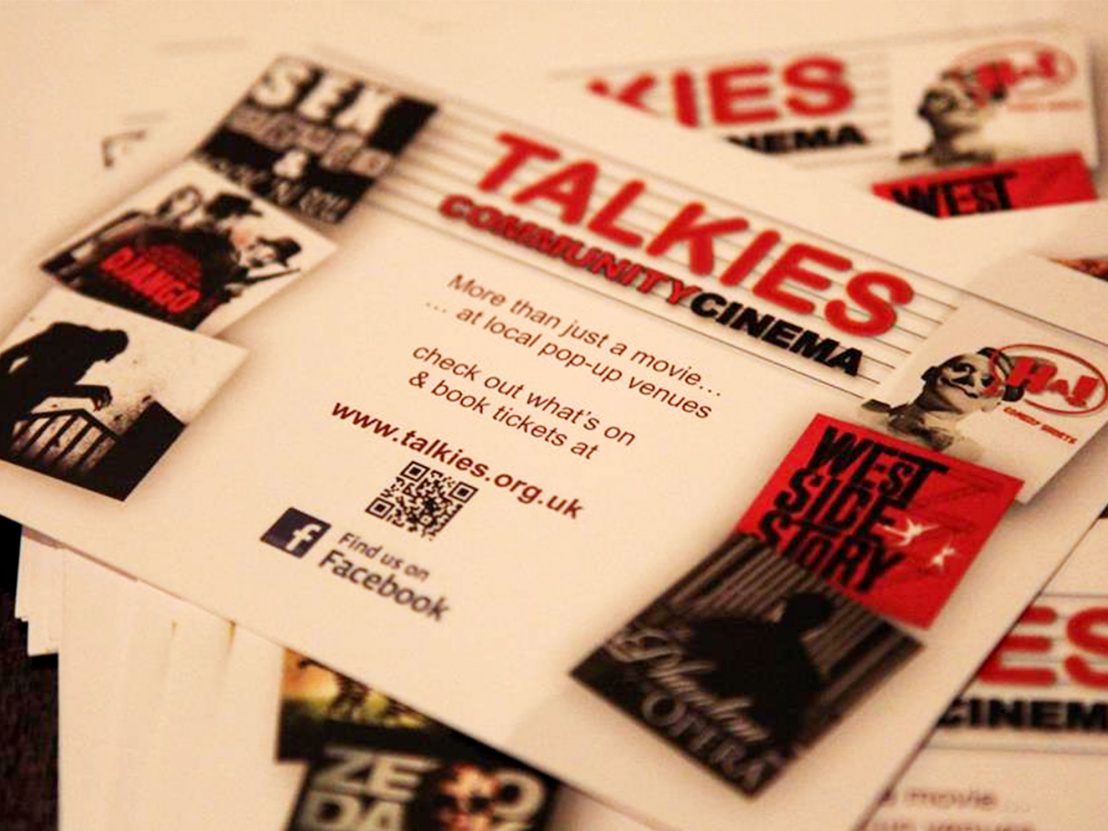 The volunteer-led not-for-profit organisation Talkies is proving that community cinema still has a stake in the ever-evolving, increasingly centralised filmgoing experience. Bringing film to parts of London that are beyond the reach of expensive multiplexes and independent cinema chains, Talkies regularly programmes events at venues across Palmers Green, Enfield and Winchmore Hill. “We are unashamedly suburban,” says founder David Williamson. “We are definitely not Hackney, or Shoreditch, or the West End, or Southbank. Nor are we trying to be.”

A retired schools inspector, David founded Talkies seven years ago after having run a small local film club with friends for around 10 years. “We went around each other’s houses, and when we came to yours, you chose the film and provided the food,” he explains. “I began to see the benefits of using film as a community engagement model. Talkies gives the game away in its name – we see it as a social occasion, interrupted by a film.”

In 2005, UK Film, Film London and the BFI joined forces to produce a report on the impact of local and independent cinema, examining all sorts of factors from the social, cultural and environmental impact to money flow. The report found that this type of filmgoing “enhanced local cultural life,” “fostered a sense of place,” and played “an important social inclusion role” – all of which are sentiments echoed by David.

“The point of coming to our events is that we are not a multiplex. You come and there’s people you’ve seen before, and you meet new people. We absolutely make time for, and encourage, the social aspect.” Talkies markets their screenings as social occasions, encouraging audiences to connect not only with the film but each other. To help achieve this, they’ve reintroduced a facet of the filmgoing experience that has longer been out of fashion, the intermission. “Purists would say that’s a terrible thing,” David says. “But that’s what cinemas used to do – changing the reels and selling ice cream.”

Films are chosen by volunteers, of which Talkies has around 35, who create a longlist and then vote on what to show, striking a balance between British independent films and world cinema with the occasional Hollywood movie thrown in for good measure. Screenings are entirely not-for-profit (“even volunteers pay for their own tickets, nothing is free”) and all proceeds go into Talkies’ annual short film commission scheme, which gives emerging creatives money to make films based on suburban stories. They’ve funded 23 short films this way, providing mentorship and vital resources to filmmakers, many of whom have gone on to screen their work at film festivals around the world.

Alongside their regular programming, Talkies also hosts site-specific or collaborative film events. They’ve screened Ken Loach’s The Spirit of ’45 at a Labour Party event, the 1916 documentary The Battle of the Somme with a live orchestra on the anniversary of the battle, Cabaret with a local cabaret club pianist and cabaret artist performing in the intermission, and even a psychedelic night centred around early Pink Floyd videos. This month they’re screening the gothic silent classic Nosferatu in a local church with a live organist playing an improvised score.

Raising the cultural capital of the so-called ‘sleepy suburbs’, Talkies proves that community cinema isn’t a staid, tea-sipping affair; it elevates the cinematic experience and brings communities together. “This model works,” David says, “because we give love and get it in return.”