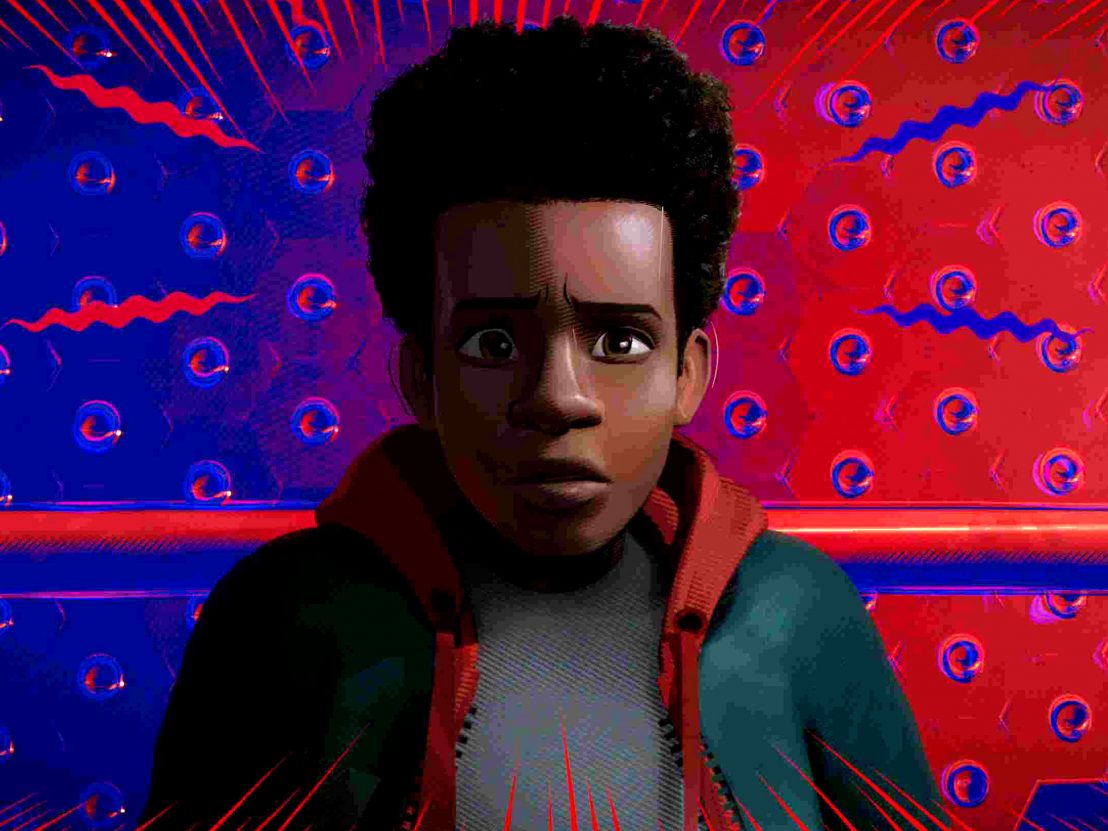 From the outset, Bob Persichetti, Peter Ramsey and Rodney Rothman’s Spider-Man: Into the Spider-Verse announces itself as a faithful comic book adaptation. The filmmakers’ deep affection for the medium is evident in every frame: a team of 142 animators rendered the CGI before working 2D elements on top, akin to the process of a comic book penciller handing their work over for inking before publication.

The result is arguably the most authentic on-screen recreation of a physical comic book to date, with Ben-Day dots and cross-hatched shading lending a sense of weight and texture that’s immediately identifiable to any comic fan. It’s a refreshing approach to 3D animation that certainly makes it feel as though you’re watching a comic. But does it make you feel like you’re reading one?

For such a saturated market, it’s remarkable how little interest most superhero movie directors have in adapting the visual tone and rhythm of a physical comic book. In his seminal text on funny-book creation, ‘Comics and Sequential Art’, legendary comic book artist Will Eisner dedicates a whole chapter to the issue of timing – specifically the relationship between the comic book page, the panels it constitutes, and the ‘gutter’ space that sits between.

Together, these form a visual language that denotes time for the reader, allowing you to consider specific moments in sequence – with certain panels having more importance conveyed by either their size or gap in time conveyed on its neighbouring panels. The shorter the gap, the more critical the moment. You could argue that Zack Snyder was effectively handed a complete set of storyboards for Watchmen, but it’s this sense of pace that his adaptation crucially misses; his slo-mo action sequences confuse the leisure of the reading experience with melodrama.

For the filmmaker, it doesn’t help that while comic book panels make an effective storyboard on the surface, it’s difficult to account for the variety of sizes and shapes they’re captured in on the page. Warren Beatty’s largely-forgotten Dick Tracy adaptation admirably championed the idea of every panel (or frame) mattering, thanks to Vittorio Storaro’s considered and highly stylised cinematography.

Yet although the careful compositions – made up of heavy shadows and a limited seven-colour palette – are a loving homage to Chester Gould’s original newspaper strip, they ultimately become a rod for the film’s own back: every shot is the size of the screen-as-panel. What’s more, the film’s expansive use of matte-painted backdrops is, at first, breathtaking – but it also meant that every shot is either static or on a slow dolly. Individually, the scenes of Dick Tracy are a delight. As a film, they make for a total slog.

It may well have been the box office failure of Dick Tracy that resulted in studios steering well clear of any attempt to mimic the staccato-like movement of a comic book for so long, but two decades later Edgar Wright more than made up for it with the hyper-kinetic Scott Pilgrim vs The World. Cramming six(!) graphic novels into two hours, Wright’s love of a good montage found its natural home in the world of comics, combining here with sudden, fluid cuts between scenes – linked by one visual element remaining constant – to effectively convey the vignette-like nature of reading across panels. 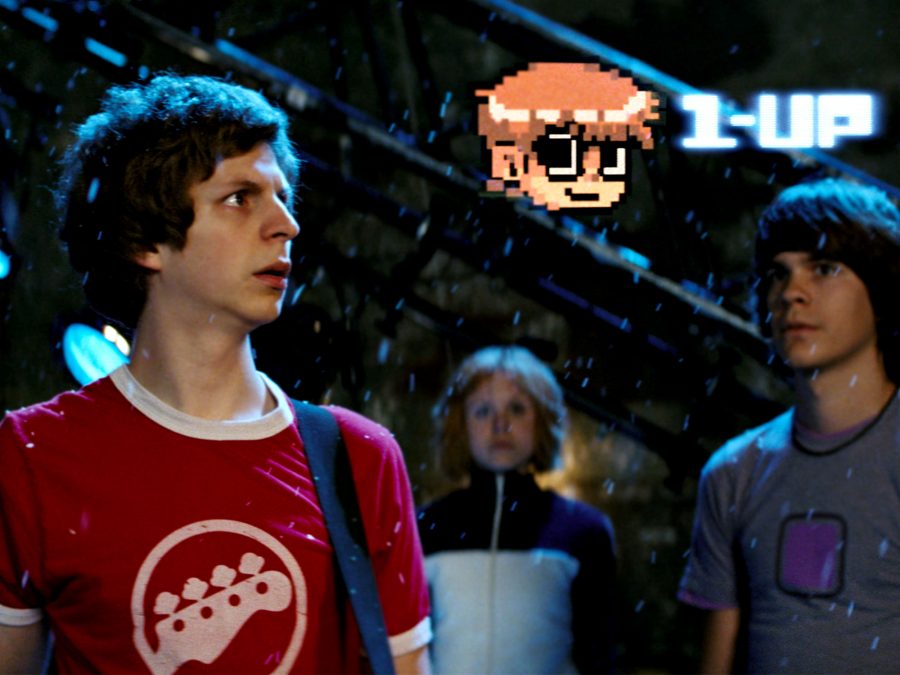 Finished off with captions and onomatopoeia, this visual treatment certainly gets close to the act of reading. It almost feels as though Wright set out to make the antithesis of Beatty’s flawed experiment; in Scott Pilgrim, the cuts stack up endlessly, and where Dick Tracy barely moved under its own weight, Wright’s film is so breathless it carries almost no weight whatsoever.

But in the homogenised world of comic book adaptations, at least Scott Pilgrim tries to be something different. In keeping with a trend which has emerged over the past decade, 2019 will see at least one major superhero film occupying multiplexes each month. Surely if this genre is to have longevity beyond this current cycle, it must seek to push itself further, exploring what makes comic books unique.

The climactic moment of Spider-Man: Into The Spider-Verse sees newbie hero Miles Morales jump from a building for the first time, unsure if he’ll make it. We watch an extended sequence of him flailing through the air, the sound design emphasising the wind whipping around him. Then, with four short, sharp panels brought on screen in sequence, we see him shoot a literal lifeline that makes good on his leap of faith.

There’s no lingering shot, no slo-mo melodrama. Just a make-or-break decision captured across four beats. What comic book movies need is more of just that: trusting in the audience to read the action, and bring their own reaction to it.