The bittersweet legacy of Butterfly McQueen

The Gone with the Wind star was an underappreciated and complex woman in an era of limited opportunities. 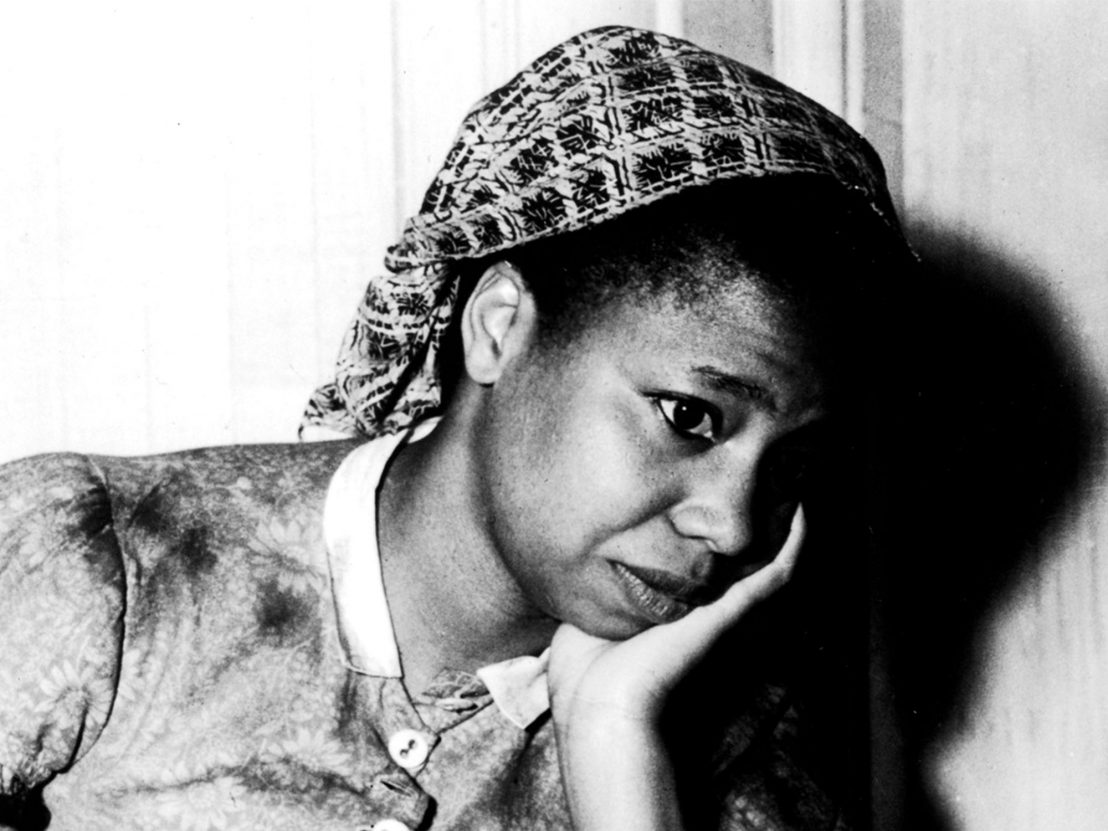 Looking through books and scouring websites, it’s virtually impossible to find any visual evidence of Butterfly McQueen’s role in David O Selznick’s 1944 wartime epic, Since You Went Away. She had a small part as a WAC sergeant, her only classical Hollywood role where she didn’t play a maid. It ended up on the cutting room floor.

McQueen often brought up this role in her later years. It represented an opportunity to be something other than “the help”, a vindication of her complicated relationship with her most famous role in 1939’s Gone with the Wind – a film she was unable to attend the premiere of because it was held in a whites only theatre. The stark contrast between who McQueen wanted to be and how Hollywood treated her is exemplified in the fact that the role she most wanted to be remembered for is now lost to time.

Writing about an actor like Butterfly McQueen is a challenge in reconciling multiple contradictory truths at the same time. She almost exclusively played slaves and servants in an era when Hollywood was reluctant to accept people of colour as anything other than gross racist caricatures. How, on the other hand, do you translate the natural charisma, comic timing and charm she brought to her characters? How does one discuss her role in paving the way for progress in the knowledge that the parts she was saddled with were often demeaning?

Born Thelma McQueen in Tampa, Florida on 7 January, 1911, Butterfly McQueen was a stage actor and dancer before being cast in Gone with the Wind. She followed up this performance with memorable supporting turns in The Women, Mildred Pierce, Cabin in the Sky and Duel in the Sun, where she invariably played servants or slaves. Much like Lena Horne in the late 1940s, frustrated by the lack of strong roles, McQueen took a step back from Hollywood for several decades, continuing her entertainment career on television, radio and the stage while also working at Macy’s and as a taxi dispatcher. 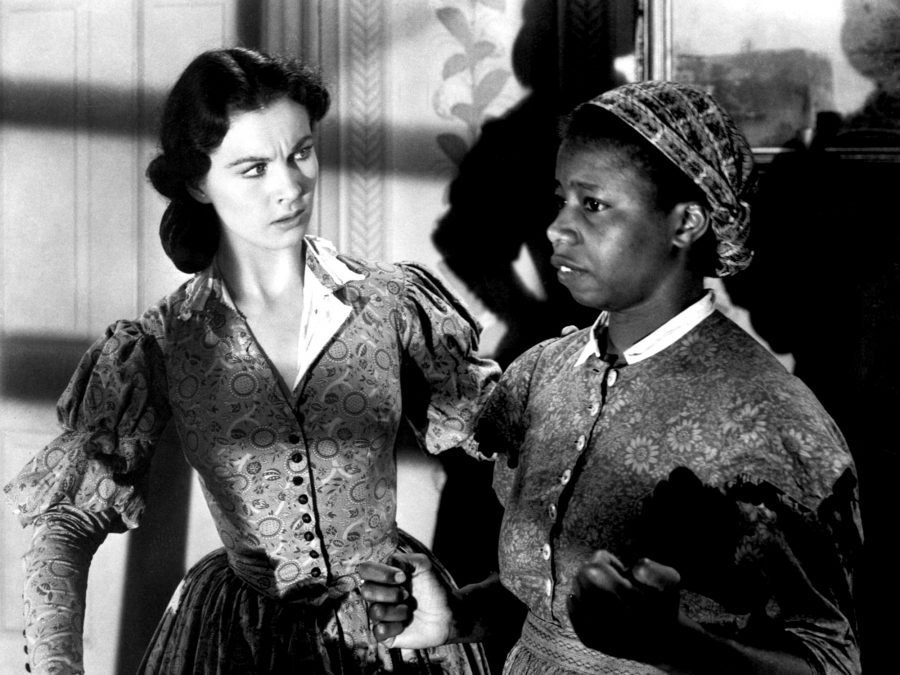 Gone with the Wind not only represents her first screen role (though The Women was released earlier it was shot later) but also her best-known. She plays Prissy, a slave who stands by Scarlett O’Hara’s side through the thick and thin. In Margaret Mitchell’s book, the character was just 14-years-old and though in her late twenties at the time of filming, McQueen undeniably made it her own. With her unusual high-pitched voice, she created an iconic character in one of the most watched films of all time.

In the wake of the overwhelming success of Gone with the Wind, McQueen was mad. “I hated that role,” she once said in an interview. “I thought the movie was going to show the progress black people had made, but Prissy was lazy and stupid and backward.” In his essay, ‘On Plantation Politics’, Wesley Morris wrote of Prissy, “Butterfly McQueen is giving the same high-strung performance as Vivien Leigh. To see McQueen falling down and squawking is to think there really isn’t a huge difference between her dithering emotionalism and Scarlett’s, except that Prissy is written as a fool and Scarlett as a superhero.”

While there is much to praise in McQueen’s performance (in 1998, Roger Ebert even argued that it was subversive), it exists in a context of great inequality. Morris’ comment is not a slight against McQueen as much as a reflection on a society with strict limits imposed on black people. Aside from that lost performance from Since You Went Away, during the early stage of her career McQueen never escaped the pitfalls of playing a maid. In spite of her obvious talents as a singer, actor and comedienne, she was stuck in a cycle of playing variations of fools and simpletons with little allowance for personhood. 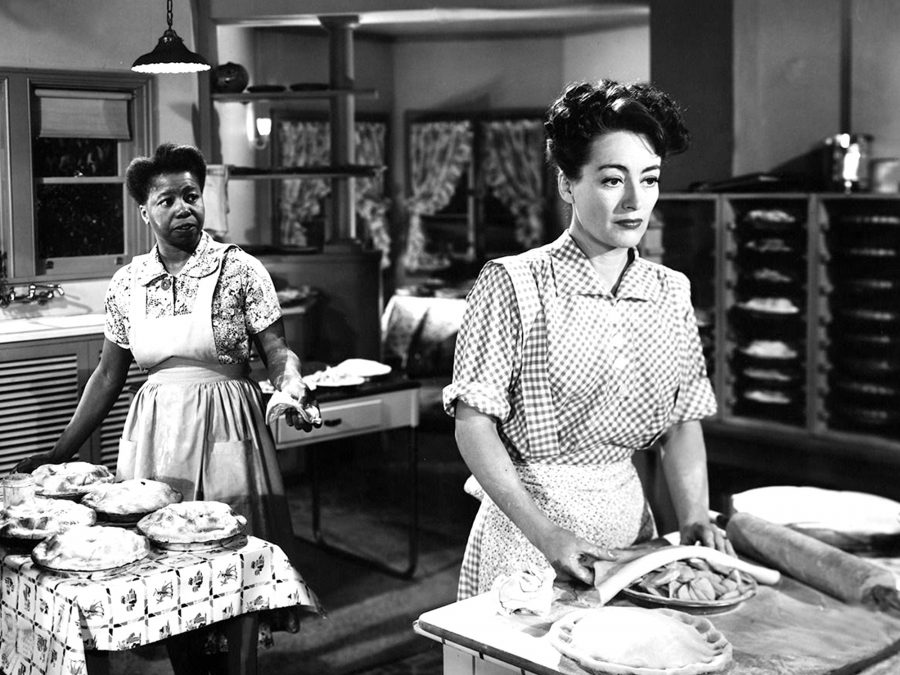 McQueen’s role in Mildred Pierce does not even warrant an on-screen credit, despite arguably being her most substantial. She plays Mildred’s maid and is a constant companion to the housewife turned entrepreneur. While she still serves largely as comic relief within the film, the characterisation is less broad and she is often treated as more of a friend than a helper. While this in itself is a rather loaded capitalist take – in which employees choose their servitude – it does allow McQueen greater range to have a fully rounded performance. In a film about the negotiation of power dynamics and shifts in class, her character has a brief interaction with a white butler in which he literally ignores her, showcasing that even within shared social classes race and gender remain obstacles for class mobility.

In 1943’s Cabin in the Sky, an all-black musical directed by Vincente Minnelli and Busby Berkeley, McQueen landed a smaller part as Lily, the friend and neighbour of Petunia (Ethel Waters). While the film does rely somewhat on stereotypes, it features no white actors and as such McQueen is freed from performing her blackness in the same way she does in a role of servitude. She is more demure and centred as she is seen working for herself and her family rather than a white master. She may only have a few scenes, but they provide valuable insight into the range she was otherwise denied the opportunity to showcase.

McQueen’s role in 1946’s Duel in the Sun often feels like an extension of Prissy – though the film around her is a million times worse than Gone with the Wind, highlighting just how skilled she was in her ability to shine even when the material was not up to par. Introduced by Laura Belle (Lilian Gish) with the line, “That’s Vasti. I’m afraid I’ll never be able to train her properly,” McQueen enters the scene with a dreamy monologue about wanting to get married. She’s smiling, wistful, and speaks of marriage to a man not yet imagined. In a film with outdated racial politics, McQueen brings substance and life beyond the text.

McQueen retired from screen acting shortly after, though in later years she returned to cameo in The Phynx, Amazing Grace and The Mosquito Coast. During this time she also became more open to discussing her complicated feelings about her role in Gone with the Wind. In interviews she regularly revealed her anger and frustration at how she was portrayed, but also her acceptance that it was now a part of history. The film and her performance were part of her life and that of being black in Hollywood, for better and for worse. To grapple with McQueen’s acting career is also to grapple with the racial inequalities that persist in Hollywood to this day.