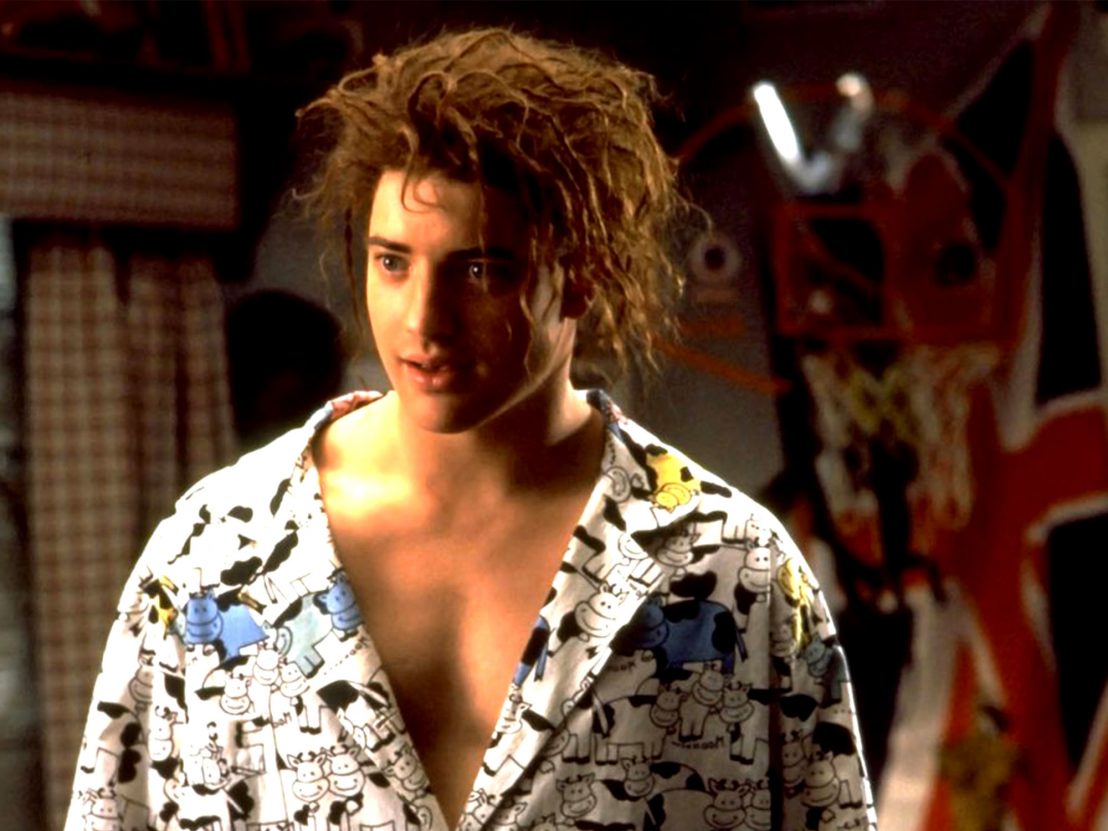 I have been waiting for the Brendanaissance (or Fraserssance, the nomenclature is fuzzy) to happen since 2006, when I ordered a US import DVD of Encino Man (known as California Man in the UK) because it was the one Brendan Fraser film I had not seen. Please understand, the level of my devotion to Fraser is such that I paid actual money to own a film starring Pauly Shore (I still have the DVD, by the way).

Now, with an upcoming role in the next Darren Aronofsky film and a sudden resurgence of Fraser Appreciation on Twitter, it’s time to pay respect to the man who created the blueprint for the modern himbo.

Released in 1992, Encino Man was the first in what I’ve christened Fraser’s Himbo Trilogy. It was only his second film role, his first leading one, and it would cement his on-screen persona for years to come: that of a simple hunk who is unaware of his own buffness, delivered into a modern world without an ounce of toxic masculinity in him, all goofy and wide-eyed and open to all the exciting things society has to offer to a beautiful man.

A himbo (the male version of the gendered term ‘bimbo’) is a familiar trope in film and television. The term was coined by journalist Rita Kempley in her 1988 Washington Post article, describing a lovable hunk without a lick of common sense. The himbo is defined by his conventional attractiveness, his buffoonery and, above all, his lack of toxicity. Whereas the ‘bimbo’ trope is underpinned by misogyny, the himbo is an antidote to the aggressive machismo and bicep mania that dominated Hollywood movies in the ’80s and ’90s (we could argue that Sylvester Stallone’s Rocky Balboa is the origin of both of these tropes but that’s an article for another day).

In the early ’90s the himbo was more commonly referred to as a ‘loveable klutz’, a characteristic which became key to Fraser’s appeal as he rose to stardom. Fraser perfected his himbo persona in 1997’s George of the Jungle, in which he plays the titular George, a man raised by intellectual apes in a jungle after his parents died in a plane crash. George is a comedic twist on Tarzan – except that the apes here talk, and there is not even an ounce of attempted grittiness to be found anywhere. 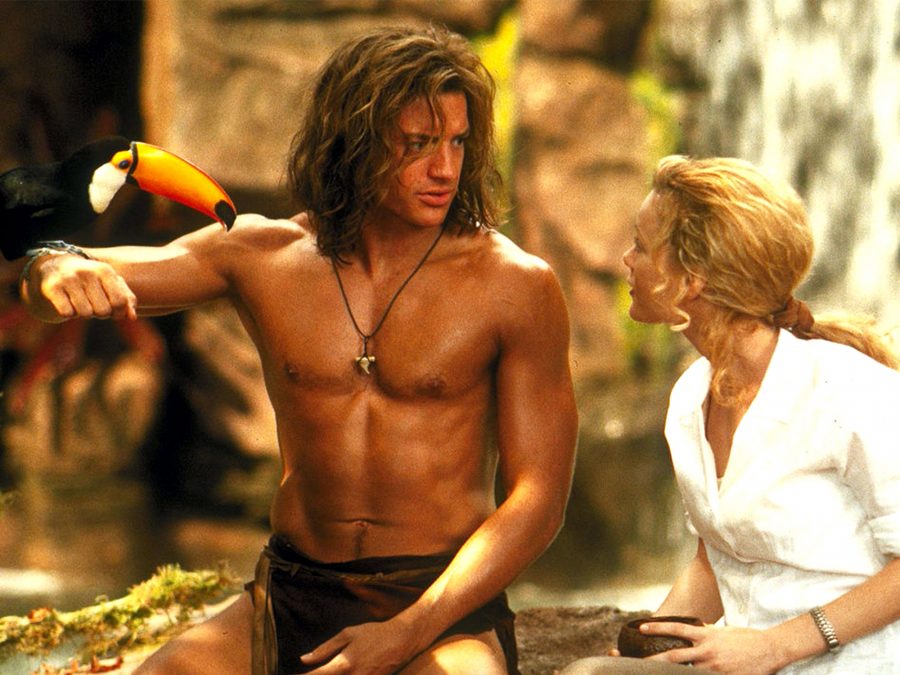 George’s main character flaw is that he slams into things when getting about on slings. When explorer Ursula (Leslie Mann) brings George to New York City he is ogled by women everywhere he goes. Fraser can cheekily smile at the camera, wink and flex, yet at no point are his gestures forceful, or even, really, sexual. Fraser’s himbo is there to be admired, but rarely touched. He moves with a charming clumsiness and is pulled in different directions, allowing himself to be led by (much smarter) women.

Contrary to most Hollywood leading men of a similar physicality, Fraser’s himbo shows no desire to dominate or control. His characters are malleable, eager to please, and blissfully unaware of how women look at him. Fraser’s himbos are there to be gawped at, specifically by women. Mostly, it’s a safe occupation. There is no malice about his himbo. If he makes a mistake, he can be corrected. There is no ego to wound beneath the dimples.

Fraser’s himbos are also one of the few examples of a male lead taking on the ‘born sexy yesterday’ trope, which usually sees a woman, preferably of supernatural origin, introduced into the world to which she is completely naive, only too eager to be taught by the first man she encounters. She is also always presented as attractive and highly sexualised but totally unaware of her own sexiness: think Milla Jovovich in The Fifth Element or Daryl Hannah in Splash.

In the final film of his Himbo Trilogy, 1999’s Blast from the Past, Fraser plays Adam, a man who’s been sequestered by his own paranoid parents in an underground bunker for fear of a nuclear war. When he leaves the bunker to get supplies, he discovers that there has been no attack; his favourite sitcom I Love Lucy has been off the air for decades and meets his love interest Eve (Alicia Silverstone), a peak ’90s woman who shows him around the strange new world.

All of these characters embody the ‘himbo’ and ‘born sexy yesterday’ tropes. He is never afraid of the world, always curious about it. He wields his privileges (that of a cis het white man, but also that of a beautiful cis het white man) carelessly and innocently, which is the core of his charm. It’s not just physical beauty that makes him so appealing, but his openness, his sense of wonderment. Fraser paved the way for actors blessed with comedic timing, taut abs and a jawline for days. Without him, there would be no Joey Tribbiani, no Andy Dwyer, no Magic Mike.

Tags: Blast from the Past Brendan Fraser Encino Man George of the Jungle himbo 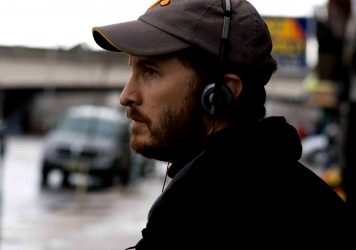 He’ll eat himself to death as a 600-pound man in The Whale.