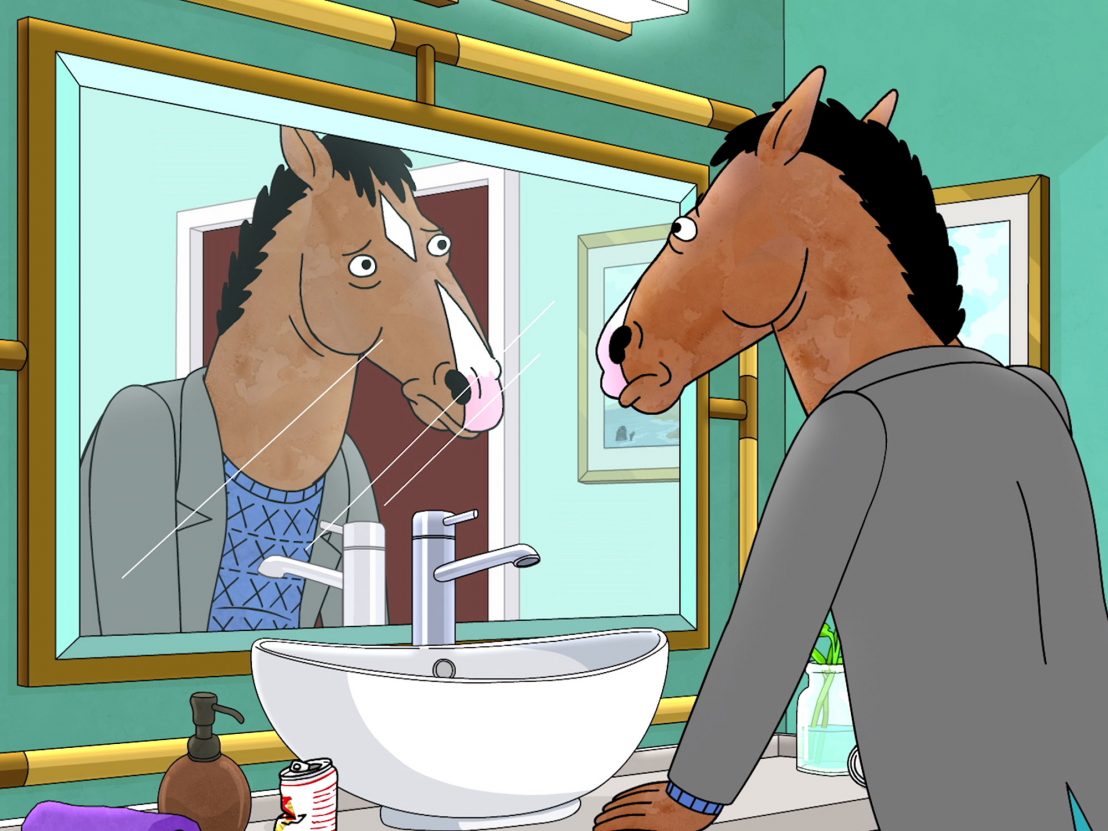 Both BoJack Horseman’s sixth season flips the script on the traditional animated series format by focusing on its characters’ social and psychological make-up rather than their purely comedic attributes. We’ve all mourned or pitied at least one animated Disney character during our childhood, but nothing quite compares to the nuanced relationship we’ve developed to this equine drunk.

The show’s final season opens with ‘A Horse Walks Into Rehab’ and, while it sounds like the set up to a good punchline, in truth the title of the episode sets the tone for the protagonist’s journey towards what we hope might be recovery or, at the very least, a lesson in accountability.

Over the past five years, our feelings towards BoJack have been as muddled as his brain on a bender. Within the timespan of a single episode, we’ve gone from desperately holding on to those small reminders of his dwindling lovability, to hating him with a frightening passion, to reaching an overwhelming level of compassion, regardless of our own knowledge of or experience with depression and addiction. That is one of the show’s greatest powers: creator, writer and producer Raphael Bob-Waksberg has painted one of modern TV’s most genuine and compelling portraits of mental health and packed it into the eccentric world of Hollywoo and its inhabitants (illustrated by the amazing Lisa Hanawalt).

Over the course of the whole series, BoJack threatens to clean up his act on several occasions, only to jump straight back into pools of whiskey, pills and whatever else was available to him as soon as his semi-sober mind wandered to his broken past, his masochistic present or his looming, uncertain future. Even in his darkest moments, the show’s creators have always been sensitive enough to highlight the strange concoction of instincts that led him down various paths of self-sabotage and despair. In doing so, they have initiated an important conversation around addiction – particularly within the confines of a twinkle-town society that refuses to acknowledge what lies beneath the surface of substance abuse.

This was poignantly illustrated in one of the show’s most celebrated episodes, ‘Fish Out of Water’. The premise – BoJack’s fleeting but strong connection to a lost baby seahorse – and near-silent approach spoke louder than any of his previous actions or angry rants. It was as though we were diving into the depths of his lonely heart, eager to poke our snorkels through the surface for the rush of oxygen needed to get the (self)love pumping through his veins once more – or, perhaps, for the first time ever. Conceptual episodes such as this and season five’s ‘Free Churro’, BoJack’s 20-minute monologue in the form of his mother’s eulogy, dared to veer so far from what is expected from a show like this, they truly make for inimitable viewing experiences.

The series is like a beautifully choreographed dance that sees BoJack (Will Arnett), Diane (Alison Brie), Princess Carolyn (Amy Sedaris) and the rest twirl through the highs and two-step towards better choices, only to moonwalk back into a comfortable abyss without the courage to escape. With breakbeat-style pacing and realistic dialogue set against an eccentric, slightly absurd backdrop, the creators and animators have never ceased to surprise us with their clever takes on themes of arrested development and the passing of time. This was most notable in the critically acclaimed episodes ‘That’s Too Much, Man!’ and ‘Time’s Arrow’.

While ‘That’s Too Much, Man!’ perfectly captured the incoherence and fatal timelessness of a drug-induced blinder through a fire-round of short scenes and memory-snippets sharply illuminating a blackout, ‘Time’s Arrow’ darted through the dementia-afflicted mind of BoJack’s mother with the same breathless velocity. This style of storytelling contextualises the inexplicability of merely (mal)functioning in a world that never stops rotating, and the very real longing for it to pause just long enough for us to catch up and readjust our position and our own emotional household. 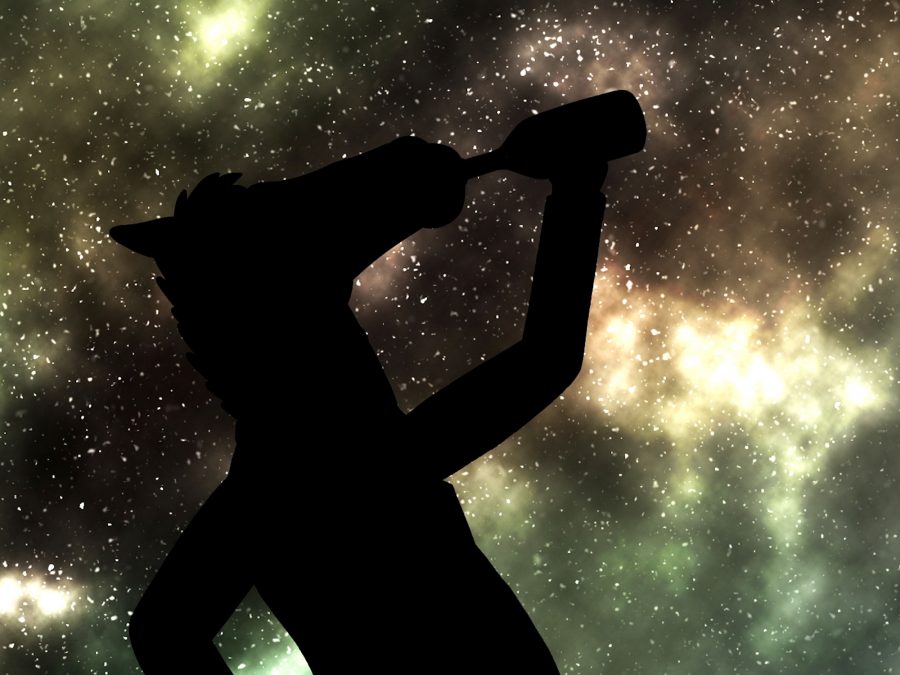 As we near the end of this tale of animated heartache and headfuckery, the series shows no signs of reining in this painfully real perspective on time. Indeed, when BoJack Horseman walks into rehab in the final season’s premiere episode, it is hardly a coincidence he is welcomed by a groundhog. In a sense, every character is going through the same patterns, confronting recurrences and setbacks with minimal triumph, one day blending into the next.

When Carolyn is faced with the challenge of managing her ‘New Client’ – her newly adopted porcupine baby – the full-time responsibility and exhaustion is illustrated through several shadowed clones in constant and repetitive motion behind and to either side of her. They encapsulate a void that still hasn’t been filled, one that is threatening to grow in the throes of her working single-mom experience. Told with true compassion for the complexities of motherhood, this episode is a testament to the show’s ability to express feelings people often struggle to explain.

‘A Horse Walks Into Rehab’ is much more than just a montage of BoJack initially half-assing and ultimately embracing the steps, the yoga and various forms of therapies. He is still up to his usual antics, deflecting his therapist’s attempts to poke at the flesh of badly-healed scars – but at least he is finally confronting his former relationships with Sarah Lynn (Kristen Schaal) and Penny (Ilana Glazer). The grief over Sarah Lynn catches up with him and allows him to sincerely accept the responsibility for his actions. And while he’s far from being or becoming a changed man, there is hope BoJack Horseman will enter the new year a better man.

Dividing BoJack Horseman’s six season into two parts has allowed us time to rewatch and digest this brilliant, emotional rampage of a show instead of galloping towards the end without fully appreciating all the wonderful details that make it so special. As part one of season six has already proven, BoJack Horseman is set to wrap up in a way that stays true to one of TV’s most beloved animated characters. 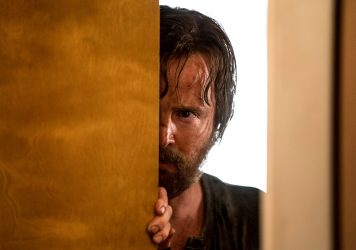 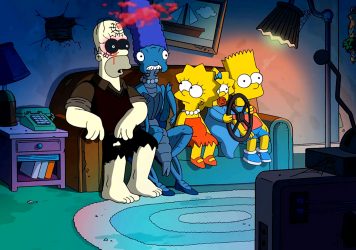 The terrifying tale of Treehouse of Horror

Key members of The Simpsons’ creative family share the inside story of the show’s cherished Halloween specials.