The trailer for Beirut, starring Jon Hamm, contains all the usual anachronisms and inaccuracies. 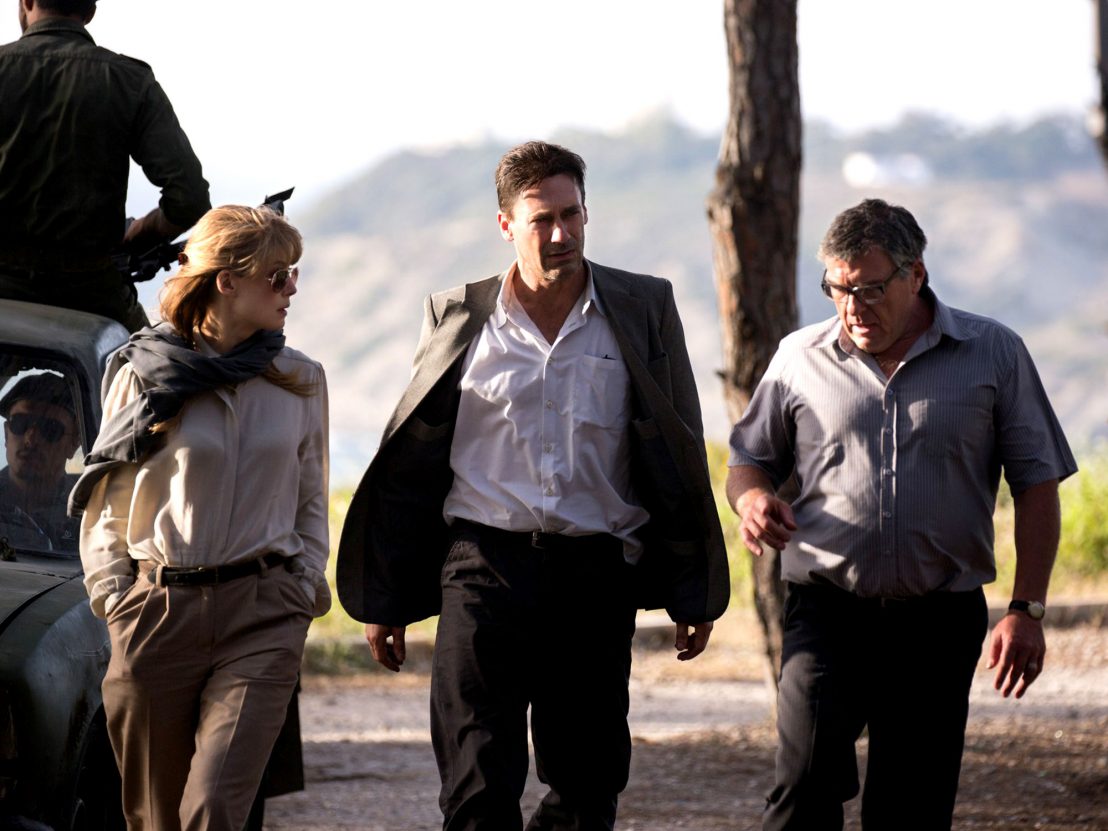 Last week, the world looked on in horror as reports came in of Donald Trump calling Haiti, El Salvador and a number of African countries “shitholes”. It was a stunning break from decorum, and felt more like the kind of obtuse sentiment whispered among like-minded friends than during an Oval Office policy session. The word shithole itself continues to look odd plastered across the pages of respectable media outlets. Many of these liberal outlets, like the millions of people who read them around the world, are up in arms at such a callous writing off of entire nations and their citizens, whose only crime is belonging to somewhere other than America.

Also last week, there was another kind of horrified reaction happening in a country Trump might well have a colourful adjective for: Lebanon. The trailer for Beirut, the upcoming political thriller set in 1982 and starring Jon Hamm and Rosamund Pike, was released online, and plenty of Lebanese viewers had some expletives of their own to direct at it.

To anyone familiar with the titular city, it quickly became apparent when watching the trailer that the film wasn’t shot anywhere near Beirut. In fact, it was filmed 2500 miles away in Tangiers, Morocco. Imagine making a movie called ‘London’ about the Blitz, and filming the whole thing in Rome. They are both similar cities, in as much as they have buildings popping out of them and roads running through them.

Naturally, all the usual anachronisms and inaccuracies are present. In the spirit of shows like 24 or Homeland, the accents of anyone non-white sound vaguely Arab and shouty. It is trite and almost comically stereotypical, bringing to mind Team America’s “Durka Durka Mohammed Jihad” catchphrase. In the trailer, The Militia of Islamic Liberation, who appear to be the bad guys, were not one of the many factions that actually existed in 1982. The made-up name itself is nonsensical, ‘liberation’ having been associated with leftist and nationalist movements.

So the jumble of words, seemingly put through a Scary Arab Organization Name Generator, appears more targeted towards current American fears about ISIS than any kind of early 1980s narrative world-building. The good guys here are the CIA and the Israelis, but the historical reality is that in 1982 Israel invaded the country and the oversaw one of the worst massacres of Palestinians and Shiites by a Christian militia in the country’s entire Civil War. So you can see why the Lebanese are on edge about what this trailer seems to be presenting.

In his groundbreaking books and documentary ‘Reel Bad Arabs: How Hollywood Vilifies a People’, Dr Jack Shaheen catalogues some of the injustices faced by Arabs in their Hollywood iterations. He states that Arabs are the most maligned group in the history of Hollywood. Portrayed as subhuman since the very early of days of the medium of cinema itself.

The Arab is used as stock villain, both terrifying and comically ineffectual. Think of Salim Abu Aziz in True Lies, or the Libyans in Back to the Future. Four basic myths endure about Arabs in pop culture: “They are all fabulously wealthy; they are barbaric and uncultured; they are sex maniacs with a penchant for white slavery; and they revel in acts of terrorism. These notions are as false as the assertions that blacks are lazy, Hispanics are dirty, Jews are greedy and Italians are criminals.”

These representations are neither innocent nor devoid of agenda. Jack Valenti, longtime president of the Motion Picture Association of America, once stated that “Washington and Hollywood spring from the same DNA”. The extent of that reality is revealed in David Robbs’ ‘Operation Hollywood: How the Pentagon Shapes and Censors the Movies’. The Pentagon will support films that show a positive portrayal of the US military and advance its strategic goals. Essentially, in exchange for access to sophisticated military hardware and expertise, filmmakers must agree to censorship from the Pentagon. In a time of “shitholes”, attempted travel bans, and mass hysteria about refugees, it is troubling to see Hollywood – traditionally one of America’s most liberal quasi-institutions – perpetuating a myth that gives credence to real-world policies.

And it isn’t limited to overtly militaristic films, some of the misrepresentation is far more insidious. I remember my first encounter with the realisation that something was off about Arab representation in cinema. I was 10, and had just been to see Disney’s Aladdin. It was already complicated enough having to navigate being a British-Arab school kid, but as I walked out of my local Odeon my world began to collapse. I had naively imagined that there was a mutual respect, however begrudging, between these disparate cultures. But here was this representation of a fantasy Arabland that I did not recognise. Violent, vindictive (“It’s barbaric, but hey, it’s home”) and unlike anything I’d encountered previously. It was also the first time I wrote a strongly worded letter, that most British of responses. I needed Disney to know the Arab in me felt betrayed.

Western liberal anger towards racism, hate-speech and bigoted polices is laudable, but it can ring hollow to many of the people they claim to be speaking out for. Men like Trump will continue to call other places shitholes, and many will continue to agree with him, if the representations of those places continue to be rooted in narratives dripping with exoticisation and treachery. Nuanced depictions of the region and its various conflicts aren’t impossible, you only have to look at films like Syriana or Three Kings to see that it is possible to maintain a compelling and complex narrative arc while depicting characters on either side as at once virtuous and flawed.

Beirut has worked for 25 years to create an image of itself as a Mediterranean destination, gradually chipping away at its reputation as a metonym for mayhem and destruction. But it can’t compete with historically inaccurate depictions that can undo that goodwill in 120 minutes. Liberal Westerners may be well-meaning in their hashtag-endorsing support for the Middle East, tip-toeing around their culture’s appropriation of hummus, but financing and rewarding – and ultimately watching – films like Beirut is a clear act of hypocrisy.

The trailer may not be entirely representative of the final product, but the emotions it has generated in Lebanon and the Middle East at large stem from a deep-seated frustration with a global pop culture landscape that is only now becoming attuned to the legitimate grievances of so many communities that have been underrepresented and exploited for so long. 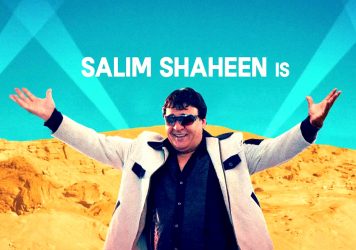