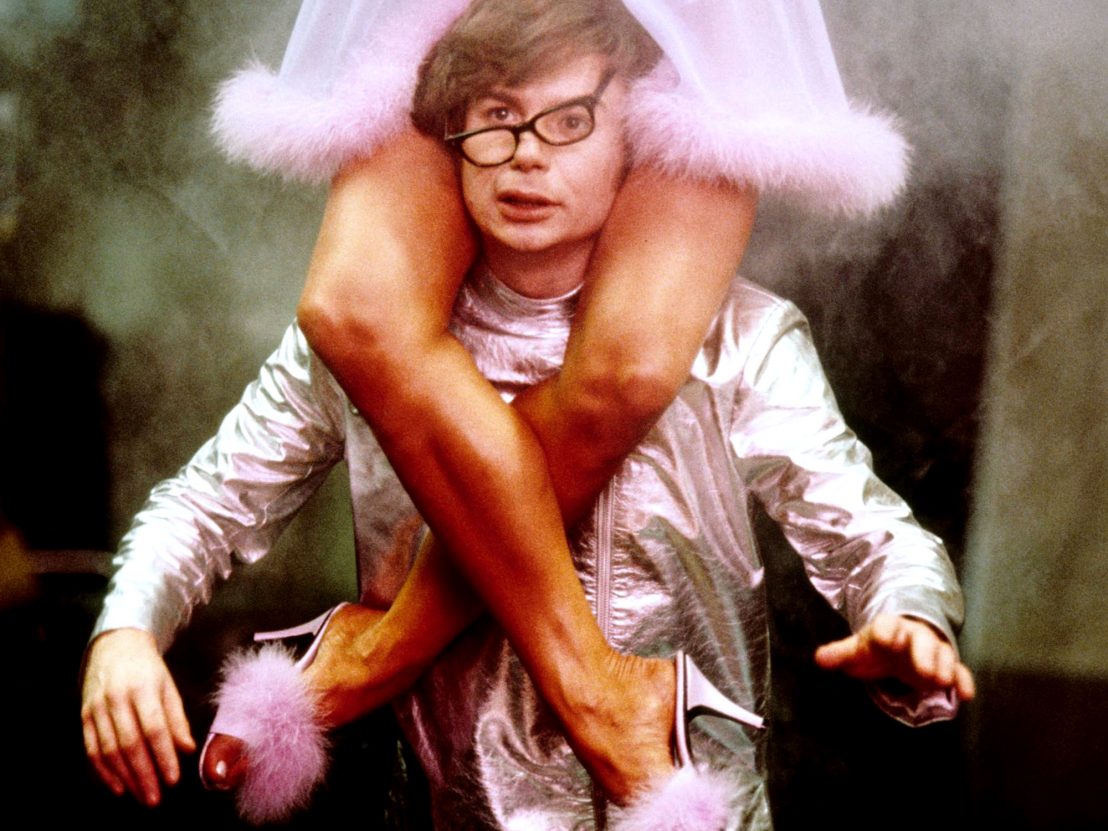 My name is Sarah Gosling, I am a woman, and for years now I’ve been plagued by the inadequacy of my own name. I’m just never making the man-movie cut. Where’s the sense of purpose in a name like Sarah? What’s the point if it’s not screaming “take me!” like the literally unbelievable Pussy Galore? Clearly my mother wasn’t thinking straight when it came to signing my birth certificate. Her poor womanly hormones must have made her temporarily barmy.

I’m kidding of course, but watching westerns, early James Bond films and almost all action movies, it often seems that women were never expected to see this stuff, much less think about it. In these films, women exist to be seductively draped over tables in their best evening gowns, or laugh at the infallible comic genius of dick and fart jokes. And yet, despite all of this, despite characters named Alotta Fagina, I have a confession: I love Austin Powers.

Don’t get me wrong, it wasn’t easy. It was years before I trusted him and the “irresistible ladies’ man” tag awkwardly protruding from his flares, not to mention the fact that I’m a self-confessed snob: toilet humour just ain’t my bag. Then one day, dizzy with the power of the TV remote, I watched International Man of Mystery in its baffling entirety.

It’s an exaggeration to say that I was converted. More accurately, I realised that my entire preconception of the film was as wrong as Powers’ ruffled shirts. Bar one “you fight like a woman” insult which is guaranteed to make me squirm every time, Austin Powers is startlingly progressive, a brilliant satire that remains as sharp as when it was released 20 years ago. ‘But the short skirts, the Barbarella robots shooting from their pink clad tits!’ I hear you cry. ‘It’s just fart jokes and toilet humour!’ Yes, yet so very no. 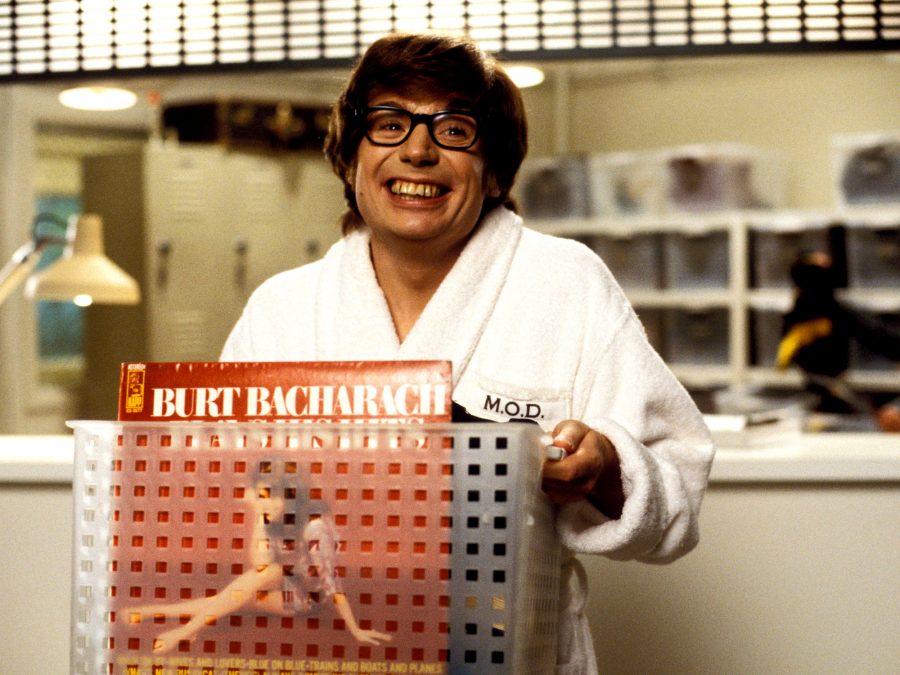 It’s the Swinging Sixties, the age of liberation, miniskirts because they could, free love and women starting to work en masse. Sure, sexism was still rife, but change was afoot. And what’s the first fight in the film? An altercation following the “that’s not a woman, that’s a man!” recurring gag which sees Powers’ female partner Agent Vanessa Kensington (Elizabeth Hurley) wallop a sneaky assassin disguised as a female bartender. Not only is this daft gag actually quite funny, it shows a highly skilled woman beating up someone who thought hiding as a woman would protect them from suspicion, and make them invisible. Little does he expect Kensington’s assault, just as we don’t expect her to refuse Powers’ bids for a “shag”.

Her rejection of him and his awkward desperation (he carries around a “Swedish-made penis enlarger” just in case he can’t rise to the occasion along with his ‘Male’ medallion – does he need reminding?) is a running theme. Cryogenically frozen for 30 years, Mike Myers’ hip secret agent wakes up in the significantly more staid ’90s to fight Dr Evil (Myers again). Gone are free love and bee-hives, in is Powers’ temporary inability to stop his inner monologue spouting like an incredibly embarrassing premature ejaculation.

Upon meeting Miss Kensington, his ex-partner’s daughter, his reaction is to purr “My god, Vanessa’s got a fantastic body… I bet she shags like a minx.” It’s gross yet undeniably funny, and endearing when he apologises after she insists, “don’t call me baby”. This is what is so fantastic about International Man of Mystery: the film knows men see women and sometimes get too excited, it knows it’s rarely politically correct, and even better, it knows that women know this and are often doing the same right back. Decades won’t change that. The presentation is OTT, but accurate.

Take the beautiful secretary Alotta Fagina. Met with onscreen guffaws, she’s a bombshell embodying self-awareness of both the genre and womanhood. Instantly attracted to Powers, she later initiates the bizarre penthouse jacuzzi scene to gather intelligence and get her kicks. These women aren’t passive creatures to be pushed up against a wall. Kensington chooses to sleep with (and ultimately marry) Powers after falling for his personality. Fagina is gung-ho for it. The biggest problem with the film, namely the big bazookas hidden in the blonde Fembots’ breasts, are actually an ingenious contraption designed by Frau Farbissina (a woman), to use the absurdity of male lust as a weapon against them.

So yes, it’s full of dumb jokes which sometimes miss the mark, and the whole thing is a little fluffy, but the first Austin Powers film has a lot going for it. Its outwardly hyper-masculine hero is a smarming, shaggadelic relic, placed there to highlight how daft the differences in sex and the sexes can be. He’s lustful and he inspires lust. He wants sex and uses it to get what he wants, just as the women do. International Man of Mystery is satire at its finest, with an Airplane!-sized serving of base toilet humour which Myers manages to spin into comedy gold. Groovy baby.