Is this one of the great lesser-known location-based horrors?

Robert Fuest’s And Soon the Darkness foreshadows both The Wicker Man and The Texas Chain Saw Massacre. 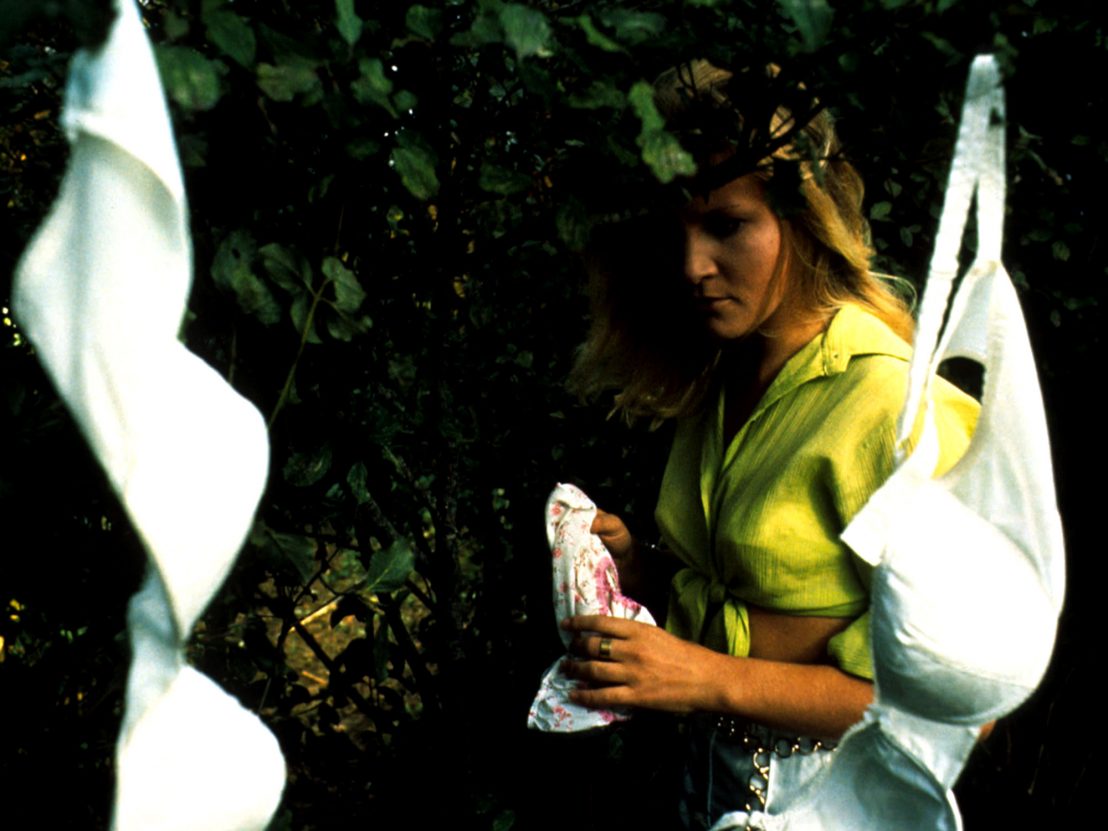 The countryside was a bizarre place by the time British horror cinema entered the 1970s. Its soil had certainly soured. In the decade’s horror films, rural realms increasingly became the backdrop for some of its most unnerving narratives, whether the cursed, muddy fields of The Blood on Satan’s Claw, the crop-sacrifices of The Wicker Man or the Home Counties cannibalism of Frightmare.

Though all effective, British cinema was mostly obsessed with its own landscapes, so it’s unsurprising to find Robert Fuest’s cult 1970 film, And Soon the Darkness, to be of a refreshingly different flavour; still finding menace in the rural idylls but instead exploring the hazy, summery vistas of France rather than fields in England.

Fuest’s film has an unusual narrative framing, performing a cunning sleight-of-hand from the off thanks to its scriptwriters Terry Nation and Brian Clemens. We open on what feels very much like a coming-of-age romantic teen drama, with two nursing students, Jane (Pamela Franklin) and Cathy (Michele Dotrice), on a cycling holiday across the French countryside. Stopping in a populated area, they enjoy the hospitality and the presence of potential men though Jane is keen to stick rigidly to the cycling rather than enjoy a holiday dalliance. Cathy, on the other hand, wants to stray from the itinerary and, on an empty stretch of road, insists on stopping in a forest for a rest, hoping that a man (József Sándor Elès) from the previous town with a moped may follow out of curiosity.

Leaving Cathy to sunbath after a heated argument, Jane cycles on to the next town but soon becomes worried when Cathy doesn’t appear. Cycling back, Cathy is nowhere to be found and no-one in the previous town has seen her either. The locals of the road are hiding something, speaking in French about the previous rape and murder of another girl on the same stretch some years before. Jane’s curiosity leads her in search of her missing friend, unsure as to who she can trust of the few locals she comes across. Is one of them a murderer?

The film works due to its detailed sense of space and mapping. The route taken by the two protagonists is sketched brilliantly, filmed deliberately as an almost impossibly straight stretch of road which the viewer then maps by association; its ends being bookended initially by the safe presence of other people and the Gendarme (John Nettleton) while its middle contains the increasingly ominous forest where Cathy disappeared. This forest slowly accumulates horror as we get closer to it on each trip, for the road is taken as endless, even if clear later on to be not all that far from pockets of civilisation. But the psychology is perfectly rendered, where a picturesque rural place is gradually tainted. 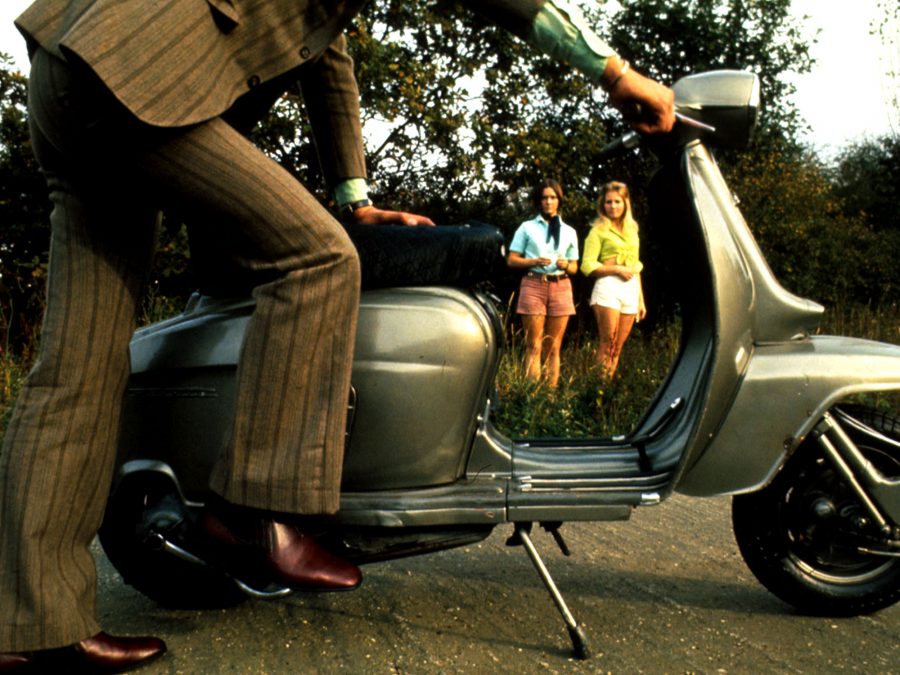 With this landscape filling the screen, it’s surprising to find Fuest complementing it with extreme close-ups. Jane’s face regularly fills the screen, placing the viewer tensely within her perception, sharing her lack of vision for whatever is potentially nearby. There could be anything lurking out of shot and we are forced to share her naïve gaze. For a horror film of this period, it relies on insinuation rather than direct assault upon the viewer.

It’s debatable whether anything horrific actually happens at all for the majority of the film, only gaining traction and revealing most of its villainy towards its conclusion. Until then, all of the actions of the men in particular are clouded with uncertainty and suspicion but nothing more; no one is off the hook in regards to what has happened precisely because we don’t know what has happened in the first place. Ambiguity is weaponised to its fullest.

The switch in tone that the director achieves is similar to that in Robin Hardy’s The Wicker Man, though it’s certainly more gradual. It feels as if we witness a growing realisation of horror in real-time. What Nation and Clements achieve in their script is two-fold; a fear of the unknown, matched by the growing collaboration between place and people. Without revealing here exactly what happens to Cathy, the revelation is explicitly connected to place and power.

Isolation has contrived with psychosis to create a ticking time-bomb lying in wait on the country road. There was something about horror in this period that resonated with such allying of place and people, concocting some great plot or hiding some secret in almost plain sight. The spaces of these people are decrepit, the lonely home and garden of one particular character in the French countryside foreshadowing the destitute, rubbish-strewn spaces of Tobe Hooper’s The Texas Chain Saw Massacre.

The decade assumed that the world outside of the cosmopolitan was a realm stalked by murderers and madman, and the mere act of being there, especially for lone women, was naivety incarnate. It’s here where the tropes of the following decade’s more clichéd horror cinema were arguably born.

If this sense of malevolent countryside was exaggerated, it certainly produced great, innovative horror cinema. It accounts for the genre’s progression from spooky castles and country manors to something more tangible; something disturbingly banal and taken for granted, places we all on some level recognise but re-mythologised into visceral, horrific lands. Fuest’s film, with its unfamiliar landscape, certainly feels different to its peers and has a mature understanding of how a tense topography could aid even a drama as simple as following a lost friend alone on the road.

And Soon the Darkness achieves its malevolence by dwelling on the recognisable, tainting spaces that seem normal, as all real crime does. Who knew that a sunny holiday in the countryside could house such black dread?

A brand new 4K master of And Soon the Darkness is released in the US on 15 October courtesy of Kino Lorber. 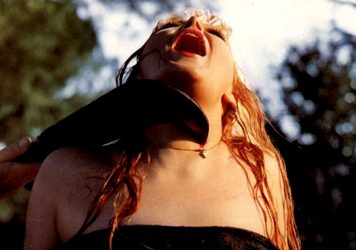